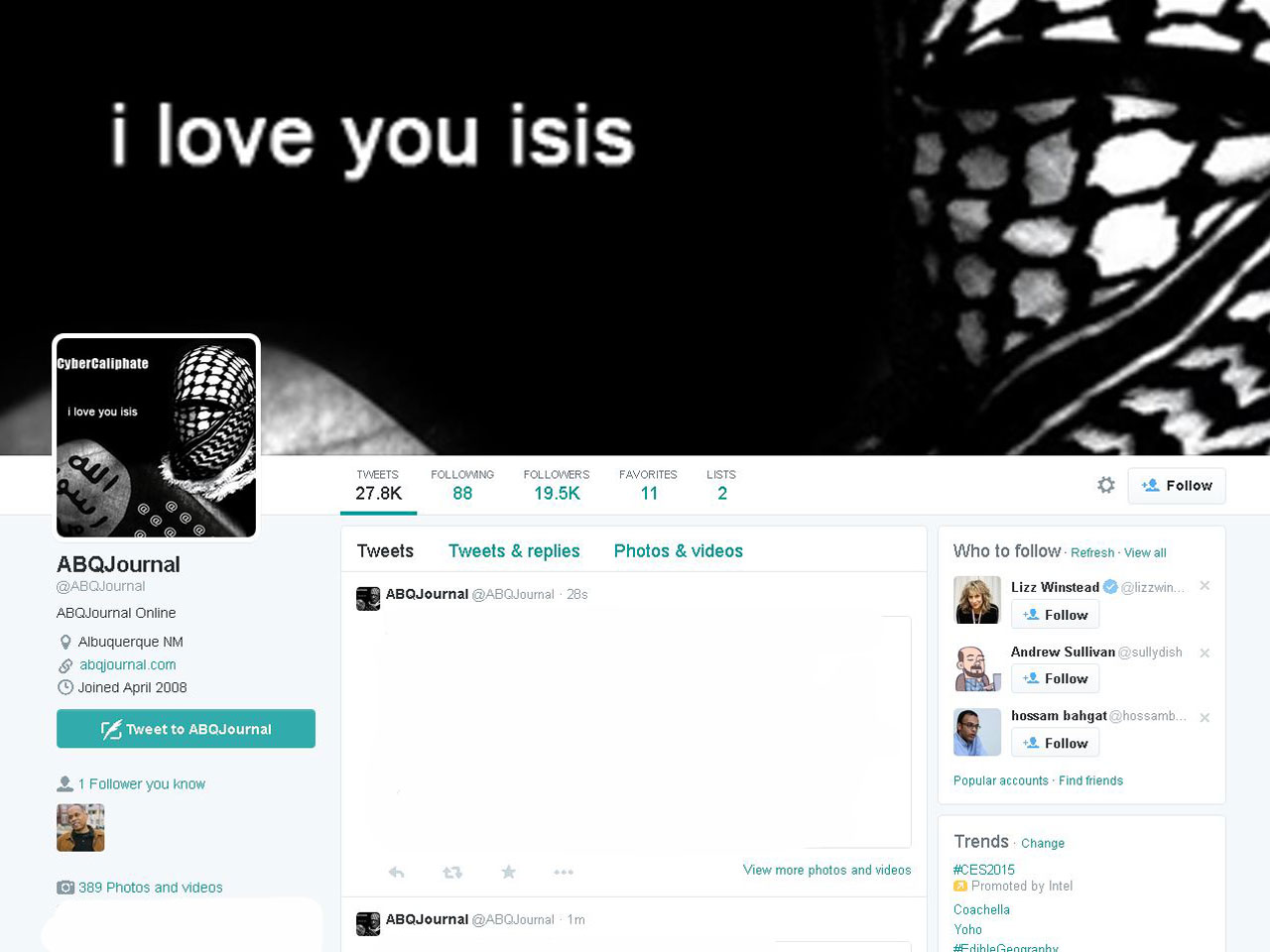 A group calling itself the "CyberCaliphate" took over the Twitter feeds of two American news outlets Tuesday, in addition to the website of a Maryland-based TV news station.

The banner over both the hacked Twitter feeds showed someone's face covered in a kaffiyeh with the message "I love isis" in white letters on a black background, in an apparent reference to the Islamic State of Iraq and Syria.

CBS affiliate WBOC-TV, based in Salisbury, Maryland, says on its site that both its Twitter feed and website were hacked late Tuesday morning by an individual or a group.

"WBOC has since taken back control of WBOC.com and removed the pro-ISIS propaganda but the WBOC Twitter page remains compromised," the station posted in a message to readers Tuesday. "WBOC has reached out to Twitter to resolve this issue. Law enforcement agencies have also been contacted to investigate the matter."

On their Twitter feed, the group posted pro-Islamic extremist messages, as well as what looked like personal information from individuals and organizations in a database, including photos of New Mexico residents' driver's licenses.

WBOC reports it reached out to the editors there, who said their website was hacked on Christmas Eve, apparently by the same group.