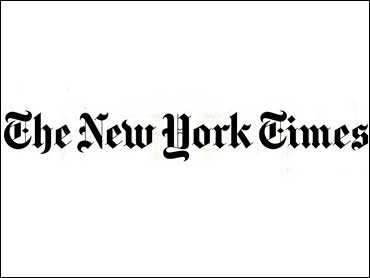 The New York Times Co. plans to reduce the width of its flagship newspaper by an inch and a half and close a printing plant in Edison, N.J., resulting in the loss of about 250 jobs, the company announced Tuesday.

The changes at The New York Times will go into effect by the second quarter of 2008, the company said in a statement early Tuesday, and will save about $42 million a year. The job cuts account for about one-third of the Times' total production work force of 800.

The moves will consolidate New York-area production of the Times newspaper at its newer production facility in the College Point section of the Queens borough of New York.

Rising costs for newsprint have prompted several newspaper publishers to take steps to reduce their consumption. The Journal has reduced the size of its European and Asian editions, and others are cutting back on the space devoted to stock tables.

Janet Robinson, CEO of The New York Times Co., said in a statement that the paper's editorial and design staffs are "exploring opportunities for adapting The Times's signature look and feel while also making the paper more user-friendly."

The size reduction alone would have meant a loss of 11 percent of the space devoted to news, but the newspaper plans to add pages to make up for about half of that loss, the Times reported in a story in Tuesday editions.

"That's a number that I think we can live with quite comfortably," Bill Keller, the Times' executive editor, was quoted by the Times as saying. Keller said the 5 percent reduction in news space would require tighter editing and putting some news in digest form.

"It's painful to watch an industry retrench," Keller said. "But this is a much less painful way to go about assuring our economic survival than cutting staff or closing foreign bureaus or retrenching our investigative reporting or diluting the Washington bureau."

The consolidation of printing operations will enable the company to avoid about $50 million in capital improvements at the New Jersey facility, but it will cost about $150 million to consolidate the operations and reduce the newspaper's width, the company said.