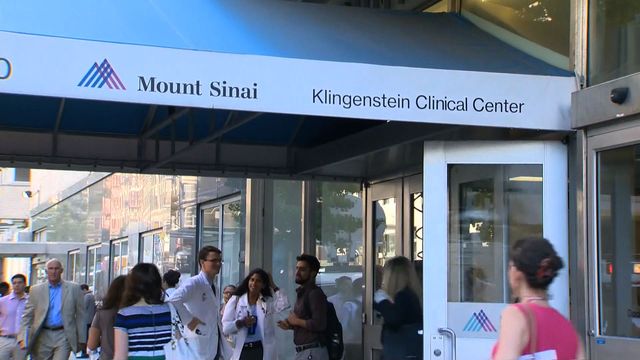 NEW YORK -- A man who recently visited West Africa and then was hospitalized in New York City with a high fever and gastrointestinal symptoms does not have the Ebola virus.

Mount Sinai Hospital said Wednesday the man tested negative for the deadly disease, which has killed more than 900 people in the West African nations of Sierra Leone, Guinea and Liberia, plus several others in Nigeria, since the outbreak erupted this spring.

The man was ill when he arrived at Mount Sinai Hospital early Monday.

The Centers for Disease Control and Prevention says three Americans in the United States have been tested for Ebola since the outbreak was first reported and those results were negative. Two American medical aid workers who were infected in Liberia are currently being treated at Emory University Hospital in Atlanta.

Officials at U.S. airports are watching travelers from Africa for flu-like symptoms that could be linked to Ebola.

The Ebola virus causes a hemorrhagic fever that kills 50 to 90 percent of those infected.