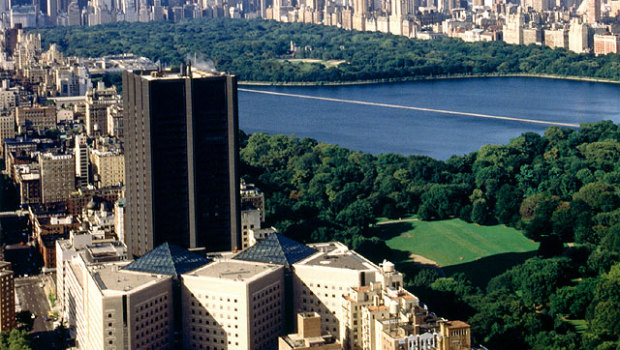 NEW YORK - A man who visited West Africa last month and is at a New York City hospital being tested for possible Ebola likely doesn't have it, doctors said Monday.

Dr. Jeremy Boal, chief medical officer at Mount Sinai Medical Center in Manhattan, told reporters "odds are" it's not Ebola. He said he hopes for a definitive answer in the next day or two.

The hospital said the patient had a high fever and gastrointestinal symptoms when he went in Monday. It placed him in isolation.

"The first thing that we'd like to stress is that odds are this is not Ebola. It's much more likely that it's a much more common condition, and we're ruling those things out as well," Boal said at a news conference early Monday evening.

The Ebola virus causes a hemorrhagic fever that has sickened more than 1,600 people, killing nearly 900 mostly in Liberia, Guinea and Sierra Leone.

A spokesman for the Centers for Disease Control and Prevention said at least three Americans have been tested in the U.S for Ebola and all tested negative.

Mount Sinai said its patient has been placed into strict isolation while he undergoes tests to determine the cause of his illness.

"The patient was promptly isolated and placed in a strict isolation facility at Mount Sinai, such that we could protect the patient and also any staff and other patients in the facility and all visitors," said David Reich, Mount Sinai Hospital president and chief operating officer.

"We are very confident that our work with the federal, state and local authorities will lead to a prompt evaluation of this patient, and that we'll be able to hopefully find a more common cause of fever and the other symptoms that this patient has," Reich said.

Mount Sinai is a 1,171-bed teaching hospital located on Manhattan's Upper East Side. It is consistently ranked as one of the best hospitals in the nation, and was number 16 on this year's U.S. News & World Report Honor Roll.

The current Ebola outbreak, centered in the West African nations of Sierra Leone, Guinea and Liberia, has killed at least 887 people, according to the World Health Organization.