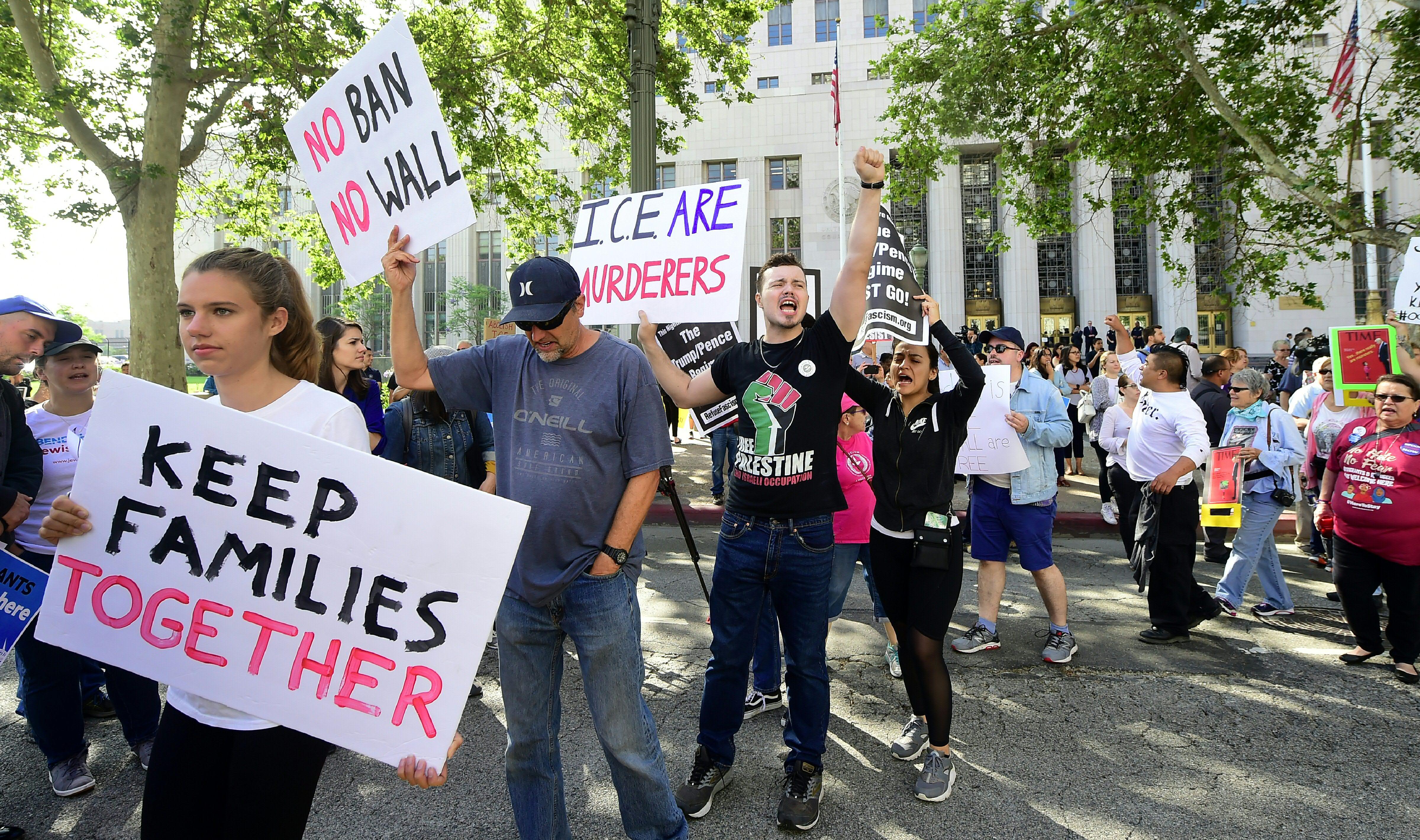 SEATTLE -- Seventeen states, including Washington, New York and California, sued President Trump's administration Tuesday in an effort to force officials to reunite migrant families who have been separated at the U.S.-Mexico border. The states, all of which are led by Democratic attorneys general, joined Washington, D.C., in filing the lawsuit in U.S. District Court in Seattle. It's the first legal challenge by states over the practice.

Immigration authorities have separated about 2,300 children from their parents in recent weeks, sparking global outrage as images and recordings of weeping children emerged. Many parents are in custody thousands of miles from their children, whom they have not been able to see and have rarely spoken to for a month or more.

After falsely blaming Democrats for the separations and insisting that only Congress could fix the issue, the president last week issued an executive order designed to end the practice under his "zero tolerance" policy, which prosecutes adults who come to the U.S. illegally.

A U.S. judge in San Diego already is considering whether to issue a nationwide injunction sought by the American Civil Liberties Union that would order the administration to reunite the separated children with their parents.

A Seattle-based immigrant rights group sued Monday on behalf of detained asylum-seekers in Washington state who have been separated from their children.

Also on Tuesday, dozens of protesters showed up outside a Los Angeles hotel where Attorney General Jeff Sessions arrived to address the conservative Criminal Justice Legal Foundation. They gathered outside the Millennium Biltmore hotel in the city's downtown and chanted, "Free our children, jail Sessions!" and "No justice, no peace!"

CBS Los Angeles reports that about two dozen members of the clergy were arrested after linking arms and ignoring a police order to disperse. Rev. Felicia Parazaider said the clergy members in the street objected to Sessions quoting Bible verses while defending his border policies.

"I'm an interfaith minister and I don't profess to know everything about every piece of scripture, but Jesus' message was about love, and its all about inclusively and welcoming your neighbor," Parazaider said.

Police gave a five-minute warning in advance of the arrests, with a sergeant announcing on a loudspeaker that the protest was an unlawful assembly, CBS Los Angeles reported. By then, most of the several hundred protesters had moved to the sidewalk to observe, but the clergy members remained on Spring Street, linking arms and sitting down.