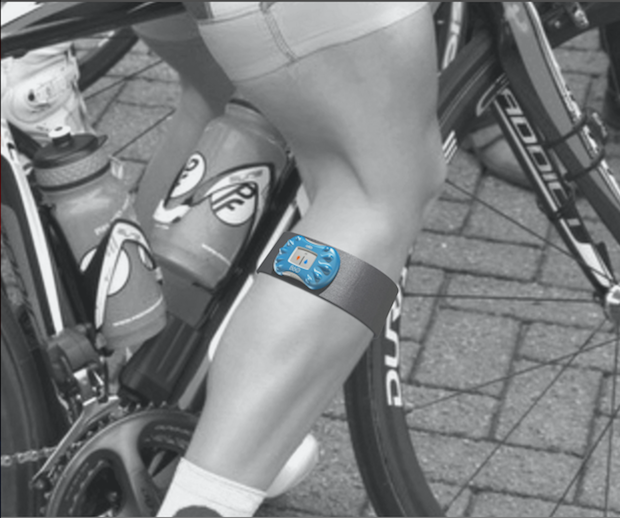 Wearables that count steps and track heartbeats are a dime a dozen these days, but now some new health gadgets are aiming to look inside the body in new ways, to track everything from hydration to hemoglobin levels.

One device, called B60, and made by Wisconsin-based company Nobo, is a wearable hydration monitor. It can be worn around the wrist or ankle, and was presented here at CES, the annual trade show for consumer electronics. The gadget monitors a user's hydration levels in real-time, and tells them if they are dehydrated, overhydrated or are at their optimal hydration level, said Russ Rymut, CEO of Nobo.

The device works by sending different wavelengths of light into the body, and then measuring how much of that light is absorbed, Rymut told Live Science. The more water there is in the blood, the more light is absorbed. The product is in the prototype phase, and will be made available first to select athletic teams that partner with Nobo. But in the future, it might be useful for hospitalized patients or people who work in harsh environments such as firefighters, the company says.

Another product on display here at CES, called Ember, from the California-based company Cercacor, is a noninvasive hemoglobin tracker for athletes. The device, which attaches to a finger, uses wavelengths of light to measure levels of hemoglobin, the protein in the blood that carries oxygen. Hemoglobin levels typically range from about 11 to 16 grams per deciliter of blood, but an individual's levels can change slightly due to training, diet or elevation.

For example, elite athletes often train at higher elevations (where oxygen levels in the air are lower) in order to spur their bodies to increase hemoglobin production. Ember, which connects to a smartphone via Bluetooth, allows athletes to monitor trends in their hemoglobin levels over time. For example, a user can see how long it takes to increase hemoglobin levels at a certain elevation, and how long the effects last, the company says. The device is on the pricey side, at $500 for orders placed before Feb. 20. The monitor will ship in March, the company says.

For people who want a quick glance at their heart health, a device called MOCAheart aims to offer just that. In addition to measuring your heart rate and blood oxygen levels (which wearable fitness trackers can also do), the matchbook-size MOCAheart can take a measurement of your blood velocity, or how fast your blood is flowing, by scanning your thumbs.

Blood velocity is correlated with blood pressure -- the faster the blood is flowing, the higher a person's blood pressure will be, the company says. However, the MOCAheart has not been approved by the Food and Drug Administration as a clinical device, and the company stresses that MOCAheart is not a replacement for recommended medical testing.

The gadget doesn't tell you your blood pressure directly. Instead, it provides what the company calls the MOCA index, a scale from 1 to 5 that's based on your blood flow. A MOCA index of 1 is low, 2 is ideal, 3 is raised, 4 is high, and 5 is very high. People can track their MOCA index over time, and see if their diet or exercise causes a change in the readings, the company says. You can also share your measurements with contacts, such as your doctor. The device, which launched in September, is available now for $119, and is also on display at CES.

Finally, a device called LEVL is said to be able to tell users if they're burning fat, simply by analyzing their breath. When people burn fat, a molecule called acetone is released in the breath, which LEVL measures, according to the company. Users will see a number from 1 to 6, with 4 and above indicating fat burn, the company says. People might then consider adjusting their exercise or diet routine to reach a fat- burning state, the company says.

It's known that fasting and very low carb diets cause the body to metabolize fatty acids, producing compounds called ketone bodies that are used for energy. Acetone is a byproduct of this fat-burning process.

Levels of acetone in the breath can vary widely, from 1 part per million (ppm) in healthy people who aren't dieting to 1,250 ppm in people with the potentially life-threatening condition known as diabetic ketoacidosis, according to a review paper by Joseph Anderson, a clinical scientist for LEVL. Some studies suggest a correlation between levels of acetone in the breath and fat loss, according to the review paper. However, independent studies showing that LEVL can accurately detect levels of acetone, and that these levels predict fat burn, have yet to be conducted.

The device, which was also presented at CES, is still in the earliest stages of development, but will be available sometime during 2016, the company says.

A robot designed to annoy telemarketers
Thanks for reading CBS NEWS.
Create your free account or log in
for more features.
View CBS News In
CBS News App Open
Chrome Safari Continue
Be the first to know
Get browser notifications for breaking news, live events, and exclusive reporting.