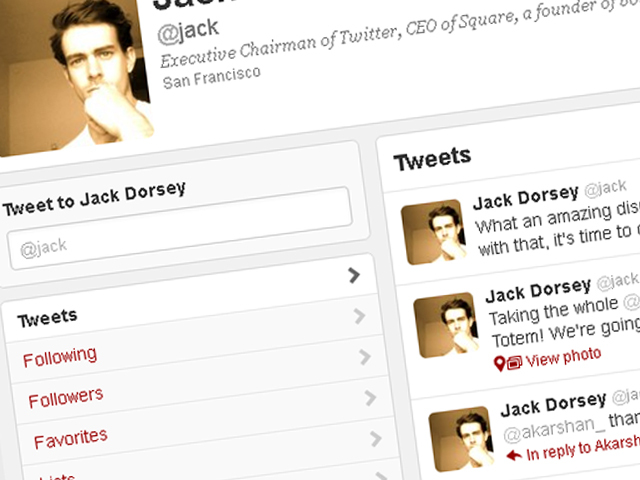 (CBS) - The new Twitter has arrived and, of course, so have the complaints.

The new layout completely flips the page, moving the profile column to the left. I'll admit I felt a bit of user dyslexia. My eyeballs were confused for about 10-minutes.

"[P]atience sir," Twitter's co-founder and executive chairman Jack Dorsey responded via his profile to a complaint about the tweets being on the right.

Most of the specific complaints included small tweaks on the mobile app, like requiring two clicks instead of one, no swipe to retweet or no in-line video on the app yet. These gripes seem like small fixes the Twitter team will most likely fix eventually.

There are plenty of people happy with the new Twitter, myself included. I love the birdhouse icon. What can I say? I'm a sucker for witty design choices.

Comparing Twitter's redesign to Facebook's, everything went better than expected. Each Facebook redesign comes with cries of revolt that are deafening. As far as I know, there aren't any groups threatening to quit Twitter yet.

Among the coolest new features is the ability to embed tweets. As more public figures use Twitter to make public statements and blast updates, it's probably the most useful tool for the media. The discover page neatly organizes what's trending on the site with more visual appeal.

Twitter announced the redesign Thursday. Users are automatically switched over once they've updated their mobile apps. There are no details when they will roll out the new Twitter to other users.

The voice of reason