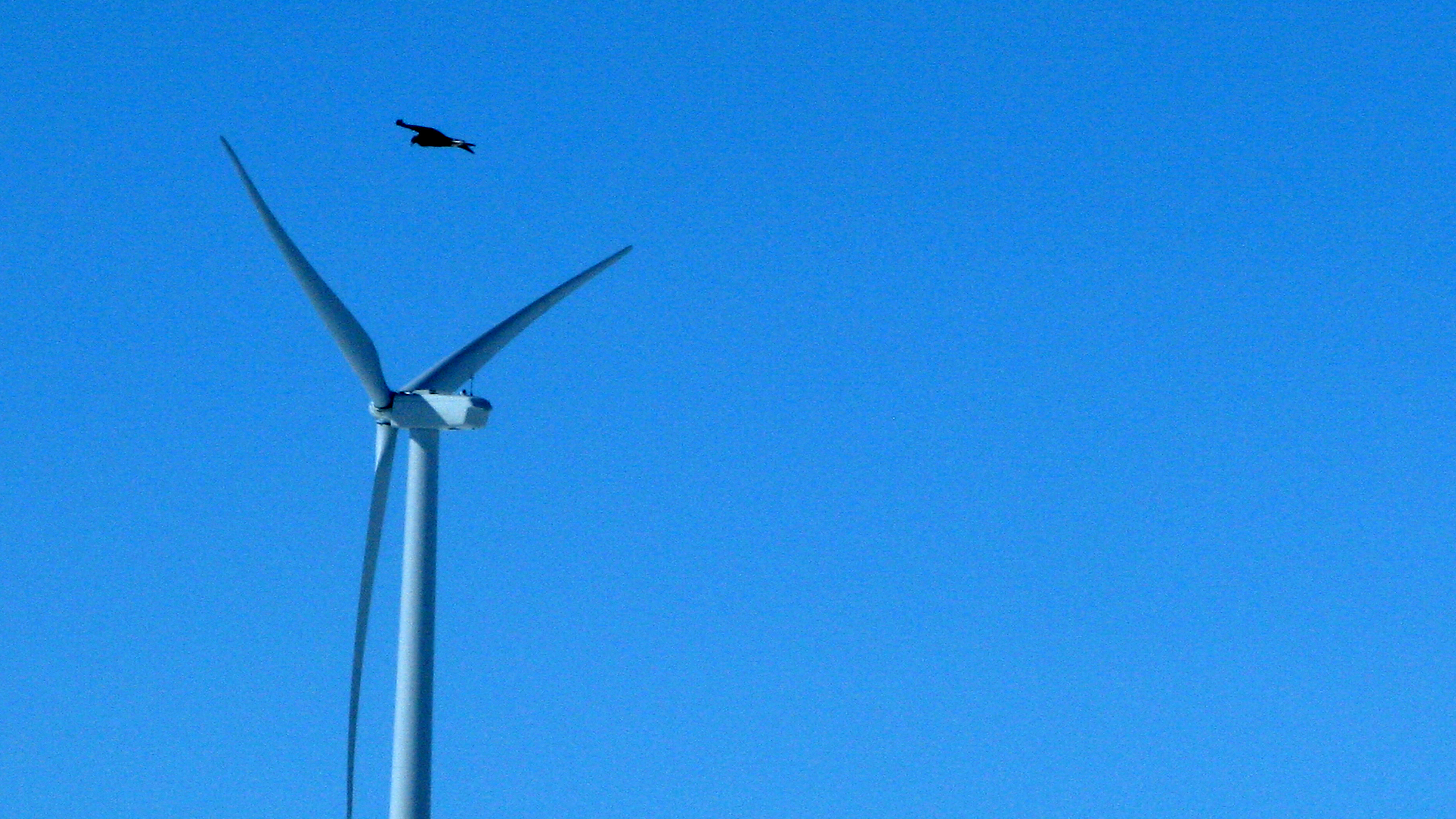 WASHINGTON -- The Obama administration is revising a federal rule that allows wind-energy companies to operate high-speed turbines for up to 30 years, even if means killing or injuring thousands of federally protected bald and golden eagles.

Under the plan being announced Wednesday, the companies could kill or injure up to 4,200 bald eagles a year without penalty, which is nearly four times the current limit. Golden eagles could only be killed if companies take steps to minimize the losses - for instance, by retrofitting power poles to reduce the risk of electrocution.

Dan Ashe, the director of the Fish and Wildlife Service, said the proposal will "provide a path forward" for maintaining eagle populations while also spurring development of a pollution-free energy source that's intended to ease global warming, a cornerstone of President Barack Obama's energy plan.

Ashe said the 162-page proposal would protect eagles and at the same time "help the country reduce its reliance on fossil fuels" such as coal and oil that contribute to global warming.

"There's a lot of good news in here," Ashe said. The plan "is a great tool to work with to further conservation of two iconic species," he said in an interview.

The proposal sets objectives for eagle management, addresses how bird populations will be monitored and provides a framework for how the permitting system fits within the agency's overall eagle management, Ashe said.

Wind farms are clusters of turbines as tall as 30-story buildings, with spinning rotors as wide as a passenger jet's wingspan. Blades can reach speeds of up to 170 mph at the tips, creating tornado-like vortexes.

The Fish and Wildlife Service estimates there are about 143,000 bald eagles in the United States, and 40,000 golden eagles.

The plan was developed after a federal judge in California blocked a 2013 rule that gave wind energy companies a 30-year pass to kill bald and golden eagles.

U.S. District Judge Lucy Koh ruled last August that the Fish and Wildlife Service failed to follow environmental procedural requirements in issuing the 2013 directive. The agency classified its action as an administrative change from a 2009 rule, excluding it from a full environmental review.

The agency adopted the 30-year rule as a way to encourage the development of wind energy, a key source of renewable power that has increased exponentially in recent years. A previous rule allowed wind farms to apply for renewable five-year permits.

Golden and bald eagles are not endangered species but are protected under the Bald and Golden Eagle Protection Act and the Migratory Bird Treaty Act. The laws prohibit killing, selling or otherwise harming eagles, their nests or eggs without a permit.

Under the new proposal, companies would pay a $36,000 fee for a permit allowing them to kill or injure eagles. Companies would have to commit to take additional measures if they kill or injure more eagles than estimated, or if new information suggests eagle populations are being affected.

The permits would be reviewed every five years, and companies would have to submit reports of how many eagles they kill. Now such reporting is voluntary, and the Interior Department refuses to release the information.