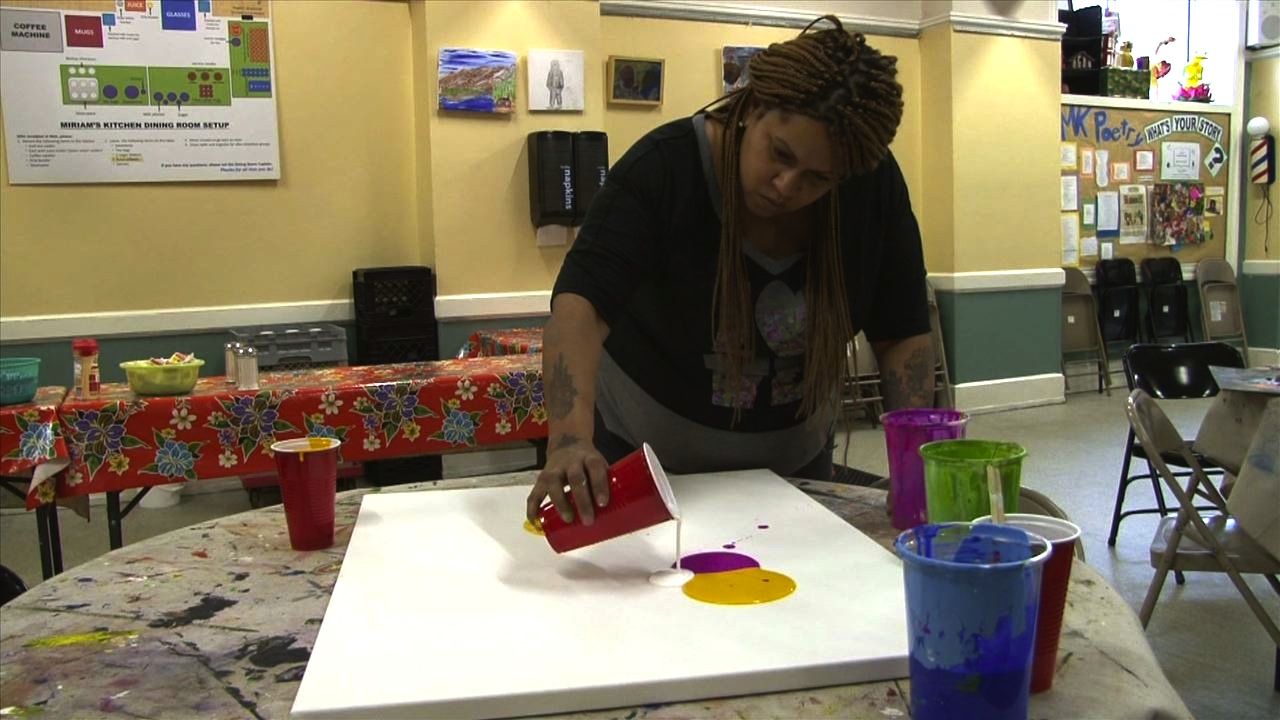 "For 10 years my life was a living hell," said Kimberly Williams, her eyes gazing into the distance. "It was like I was walking around with a blank mind."

Then, staring at her artwork, Williams' expression changed. "Art saved my life," she said.

Williams, 41, was homeless in the Washington, D.C. area for about nine years, starting in 2005. Drug and alcohol addiction seemed inescapable, until she started taking art classes at Miriam's Kitchen in Washington, D.C.

As a child, despite repeated scoldings from her mother, Williams painted and drew on the walls constantly. By reviving this artistic streak, Williams began to take control of her life, one brushstroke at a time. It was not until she heard about ArtLifting from a counselor that she was able to monetize her work.

ArtLifting is a new online platform that allows disabled and homeless artists to sell their work. The social enterprise was started in Boston by a young brother-sister team, Spencer and Liz Powers, with $4,000 of their own money. Liz has been working with the homeless population of Boston for years. After organizing City Heart, an art show for local homeless artists in Boston's Prudential Center, she wanted to create a platform that would allow that art to be on display year-round.

"I was tired of telling people that they had to wait a year for the next show," Powers explained. She put her frustrations into action, and ArtLifting was born.

The company is organized as a for-profit social enterprise and in the past year, it made over $65,000 in revenue.

"We believe that being a sustainable business we will have a much greater impact and be able to scale much faster," Powers said, discussing her frustration with the long waiting periods to get initiatives off the ground under a non-profit model. ArtLifting is now in five cities, and she'd like to expand it further, even nationwide.

Scott Benner was one of the first artists to sell his work on the site. When he lost his job in the steel industry in Massachusetts, his medical bills left him homeless. While he looked for a job, he returned to an old hobby: drawing, working on them in a local library. One day he heard about ArtLifting from a counselor at his shelter and pulled out his iPad, one of the only items he kept after hitting the streets, and sent some photos of his work to Liz.

She replied immediately. Benner pulled all of his artwork out of a storage unit and showed it to her, and they began to market his work. After his first sale at the City Heart show, he was elated.

"I sat down and thought to myself, okay, I can make money with this stuff," Benner recalled.

Now Benner has housing, and he even had a show on Boston's high-end Newbury Street.

"For him, this was a huge new beginning. He had never sold artwork before, never had anyone really appreciate his talents like that. He has been doing manual labor his whole life," Powers said.

ArtLifting is selling the artists' original artwork, but the organization is also monetizing the art with prints, iPhone cases, and greeting cards. They are also encouraging the individual artists to promote themselves. They helped Benner host his first show on Newbury Street.

"You almost feel like a little kid who broke a window and drew too much attention to himself," Benner said with a laugh. "Geez - it is just these pictures I drew."

But beyond "just these pictures" - through the intricate lines in Benner's drawings, and ripples of paint on Williams' canvases - there may be the means to a better future.

"My dream for my art is to hopefully be shown in some more galleries, have my own website if I can," Williams said.

ArtLifting has had over 400 online customers and it has also worked to decorate corporate offices. Powers hopes that someday the brand will become a well-known source of art - with a purpose.

"It is just like in life," Williams explained, while she added the final touches of color to her painting. "You keep going, if it's something that you really, really love to do, something good is gonna happen."