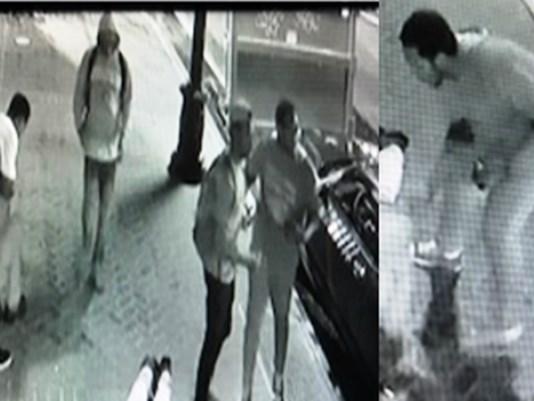 Police say Dejuan Paul is one of four robbers who knocked the men to the ground, then took their wallets and cellphones Saturday in the French Quarter.

Police released graphic video of the attack hoping to identify the suspects. The video shows the victims walking back to their hotel on Bienville Street about 9 p.m. when two men rush up behind them and launch a quick, aggressive attack that ended with one victim face-down on the sidewalk, motionless and gasping for air.

One attacker rummages through the motionless victim's pockets as two other men run up and appear to help rob both victims before the suspects flee.

Police tell CBS affiliate WWLTV Paul turned himself in Monday night. He was being held on a second-degree robbery charge.

The Unitarian Universalist Association identified the injured men to New Orleans media as staffers Tim Byrne and James Curran. The church group met in New Orleans over the weekend.

Curran was transported to the hospital in critical condition and remained hospitalized Monday.

Spokeswoman Rachel Walden told The Associated Press the association would have no more comment.

In announcing Paul's arrest, Police Superintendent Michael Harrison said detectives had strong leads on the identities of the three other men seen in the video and urged them to surrender.