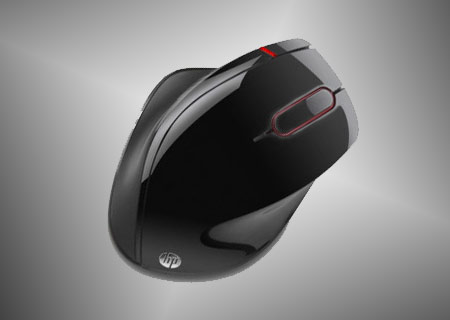 Wireless mice are virtually standard issue these days -- everyone has a Bluetooth-powered mouse for their laptops, and often a second one on the desktop as well. Unfortunately, wireless mice have a downside: They require a small USB receiver -- also called a dongle -- to be plugged into your computer in order for it to work. The consequence? Lose that tiny USB dongle -- seemingly designed for maximum losability -- and the mouse is a paperweight. My office has a graveyard of mice that have lost their dongles.

That's why the HP X7000 Wi-Fi Touch Mouse is so intriguing. It's the first mouse that offers full wireless convenience and portability without requiring any other receivers or small parts to lose. That's because it works via Wi-Fi.

In order for the X7000 to work with your PC, that computer needs to have a Wi-Fi radio built in. So it works fine with laptops, but probably does not work with your desktop PC, since most desktops connect to the network via an Ethernet cable. Getting set up is straight-forward -- run the setup program that comes on a CD, and then trigger the connection button on the bottom of the mouse. The entire process takes just a few minutes.

The mouse itself is bulbously ergonomic, designed to fit comfortably in your hand. It looks like it is really optimized for right-handers, but my wife, who mouses with her left hand to minimize RSI-related issues, reports that it works well in either hand. Instead of a traditional scroll wheel, you'll find a touch-sensitive strip between the left and right buttons, not entirely unlike Microsoft's Arc Touch mouse. While there's no tell-tale bump that informs your finger where to find the scroll wheel, or any tactile feedback that the wheel is moving, it responds positively and directly to your input, and the strip itself is big enough that you'll never have trouble finding it by touch alone. The mouse also features six fully programmable buttons which you can configure from software on the PC.

The mouse is reported to have a nine-month battery life, which is similar to or even better than what many Bluetooth mice offer, and the lack of a tiny USB dongle makes this a compelling choice, especially if you travel with the mouse or use it with more than one computer. It costs under $60 online.