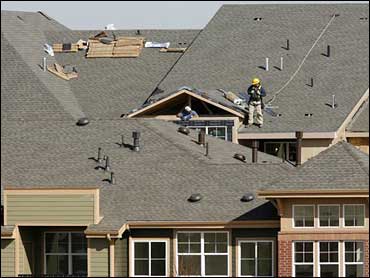 Construction of new homes, helped by better weather, rebounded in the U.S. in November following a setback in the previous month.

The gain is a hopeful sign that the housing recovery is continuing, a development viewed as critical to lifting the overall economy out of recession.

The Commerce Department says construction of new homes and apartments rose 8.9 percent in November to a seasonally adjusted annual rate of 574,000 units. The gain represented strength in all areas of the country although the increase was slightly lower than economists had expected.

Applications for new building permits were also up, rising 6 percent to an annual rate of 584,000 units, a stronger showing than economists predicted.

Meanwhile, U.S. consumer prices moved higher last month, mostly reflecting more expensive energy costs. But most other prices were tame, suggesting that the sluggish economic recovery will keep inflation in check in the months ahead.

The Consumer Price Index, the government's most closely watched inflation barometer, rose 0.4 percent in November, up from a 0.3 percent increase in October, the Labor Department said Wednesday.

But stripping out energy and food, all other prices were flat last month, signaling that inflation isn't rising through the economy. It was the first time this measure, known as "core" inflation, was unchanged, after 10 straight monthly increases.

The reading on overall inflation matched economists' forecasts. The showing on core inflation turned out even better than the tiny 0.1 percent increase analysts were expecting.