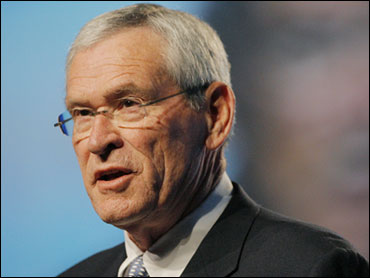 (AP)
Edward E. Whitacre Jr has been appointed as the new chairman of GM and will take post after the company emerges from chapter 11, despite admittedly knowing nothing about cars.

"I don't know anything about cars," Whitacre, the 67-year-old former chairman of AT&T, said yesterday in an interview with Bloomberg News after his appointment. "A business is a business, and I think I can learn about cars. I'm not that old, and I think the business principles are the same."

But there has been concern in some quarters over his ability to lead the nation's biggest auto company out of bankruptcy. According to the Associated Press, Telecom industry analyst Victor Schnee called Whitacre's appointment "bizarre." Although Schnee admits that Whitacre has accomplished a great deal, he does not have much confidence in his ability to run GM better than previous management.

However, others seem to be more positive in the new appointee. "GM is not now about just making cars," Jim Hall, an auto industry consultant and former GM engineer, told Bloomberg. "It's about re-creating itself as a 21st-century car company. They have to have somebody at the top that understands they have to make a new GM.

Michael Robinet, an automotive analyst at CSM Worldwide Inc. told Bloomberg, "Let's face it: The chairman is not necessarily operational… The chairman is about ensuring a strategy is followed."

GM's interim chairmen Kent Kresa said that Whitacre was "an excellent choice" after being recommended for the position by Steve Rattener, one of President Obama's senior automotive advisers.

"We need to bring back the confidence of the American public in this company," Kent Kresa, the automaker's interim chairman, told the New York Times. "Having a strong board is a big piece of that."