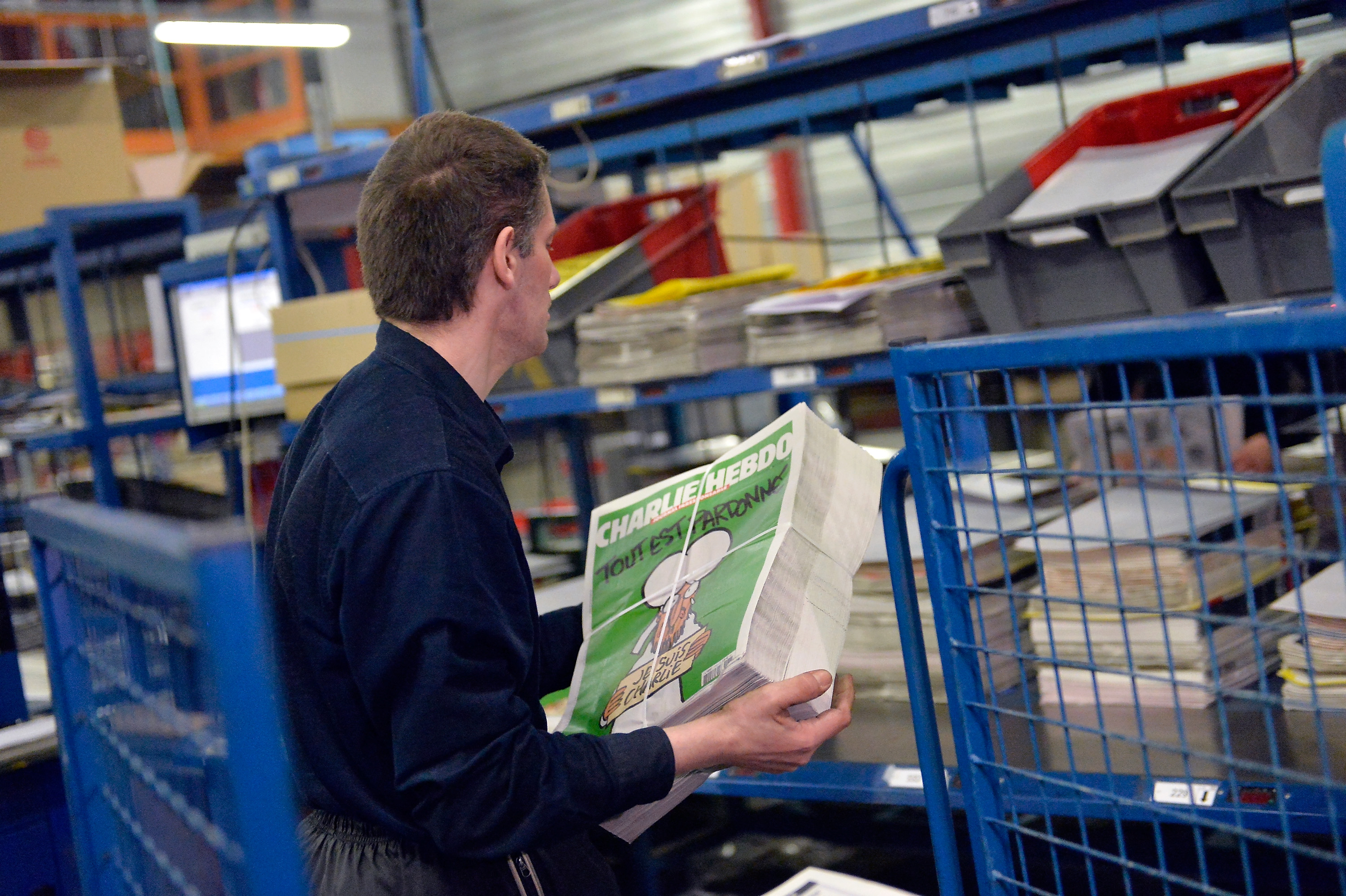 Readers in France mobbed newsstands to snap up a copy of the newest edition of Charlie Hebdo but the defiant new issue of the paper fronting the Prophet Muhammad was nowhere to be found in U.S. stores.

On Wednesday the satirical newspaper's first issue since last week's deadly attack on its staff went on sale with an initial print run of 3 million copies and front-page coverage around the world.

But the New York Post reports that there will only be 300 copies of the issue for sale in the U.S., according to Martin McEwen, an executive with the weekly's North American distributor. McEwen told Fortune that people in the U.S. will be able to buy the new edition on Friday morning in "most major markets."

The latest edition of the satirical newspaper may well be the hottest unavailable item in New York, as phones at magazine and newspaper vendors rang off the hook with thousands of inquiries.

"This is all I'm doing today!" said Ami Patel, owner of the Around the World magazine and book store near Times Square - one of the city's biggest purveyors of foreign publications.

"There's a phone call every minute, plus walk-ins," said Patel, who could barely finish a sentence before another call came in.

It was a similar story at other magazine sellers; even the New York-based cultural division of the French Embassy said it had not yet received any copies.

It was unclear how many outlets would even be able to sell the highly coveted newspaper in the U.S.

On its website, the American Booksellers Association says it's "actively exploring the logistics of obtaining copies of the upcoming issue of Charlie Hebdo for member stores to carry."

Some people are looking in to cash in on the new edition. One listing on eBay shows that the weekly is going for more than $1,000.

Meanwhile, a page on Amazon offers a one-year subscription of the weekly. The price: $181. Delivery time: Four to six weeks.