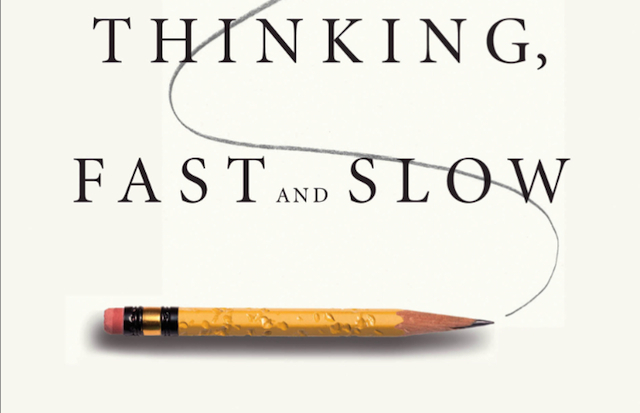 Daniel Kahneman's new book, "Thinking, Fast and Slow," is a tour de force. Kahneman, whose work has won him a Nobel Prize in economics, carefully walks the reader through the minefield of behavioral mistakes we make, simply because we are human beings, programmed to do so. He clearly demonstrates, through many examples, that high intelligence does not make us immune to biases, and he shows how costly those biases can be.

For example, Kahneman shows how the possibility effect causes us to vastly overvalue the probability of highly unlikely events. Buying lottery tickets is the classic example. Investing-wise, this means buying investments with lottery-like distributions (such as small growth stocks, stocks in bankruptcy, penny stocks, IPOs and hedge funds), which lead to poor returns.

He also shows how the certainty effect causes us to vastly underweight the likely outcome and overpay to eliminate the small possibility of highly unlikely events. This leads to overpaying for investments like guaranteed return of principal notes, equity-indexed annuities and all forms of structured notes. Kahneman shows how costly it is to be risk averse for gains, and risk seeking for losses. These biases make one willing to overpay to obtain a sure gain and to avoid a sure loss.

Kahneman provides several examples of how biases lead to costly errors. He explains how hindsight bias makes us prone to blame decision makers for good decisions that worked out badly, and to give them too little credit for successful moves that appear obvious only after the fact.

Kahneman called this "outcome bias." When outcomes are bad, we blame decision makers for not seeing the "handwriting on the wall," while forgetting that it was written in invisible ink. Actions that seemed prudent in foresight can look irresponsibly negligent in hindsight because our biases cause us to see the world as more tidy, simple, predictable and coherent than it really is. This leads to the mistake I describe in my book, "Investment Mistakes Even Smart Investors Make," of confusing strategy with outcome. Since we don't have crystal balls, a strategy must be right or wrong before we know the outcome.

Kahneman points out that hindsight and outcome bias generally foster risk aversion. But they also bring undeserved rewards to irresponsible risk-takers who take crazy gambles and win. The winners don't get punished for taking too much risk -- leading to bad behavior such as what led to the financial crisis of 2008 -- only the losers do.

Kahneman also shows clear examples of how the compensation systems of Wall Street firms are based on false assumptions. Studies shows that risk taking, not skill, was generally rewarded, which of course leads to more risk taking. He also shows how overconfidence, an all-too-human trait, leads to the same result. Even those who acknowledge how difficult it is to beat the market believe that they'll be among the chosen few who can.

Kahneman also demonstrates that because everything makes sense in hindsight, forecasters who got lucky are perceived as skillful. This leads to the illusion of the ability to make valid predictions, an illusion exploited by the media and Wall Street. Making matters worse is that not only are there no good forecasters, but forecasters persistently overestimate their ability to get it right. The scary part is that Kahneman demonstrates that medical professionals vastly overestimate their ability to make good diagnoses. One study found that clinicians who were "completely certain" of their diagnosis were wrong 40 percent of the time.

Also of interest is that Kahneman shows clearly how loss aversion and "narrow framing" leads to costly mistakes. Because the pain we feel from losses is much greater than the joy we feel from equal-sized gains, closely following the daily fluctuations of the market is a losing proposition. To a point, the less you look at your portfolio, the more successful an investor you're likely to be. Freeing up time spent on your portfolio to do more productive things is why passive investing isn't only the winning investment strategy, it's also the winning strategy in life, as well.

Kahneman's book is a must read for anyone interested in either human behavior or investing. He clearly shows that while we like to think of ourselves as rational in our decision making, the truth is we are subject to many biases. At least being aware of them will give you a better chance of avoiding them, or at least making fewer of them.