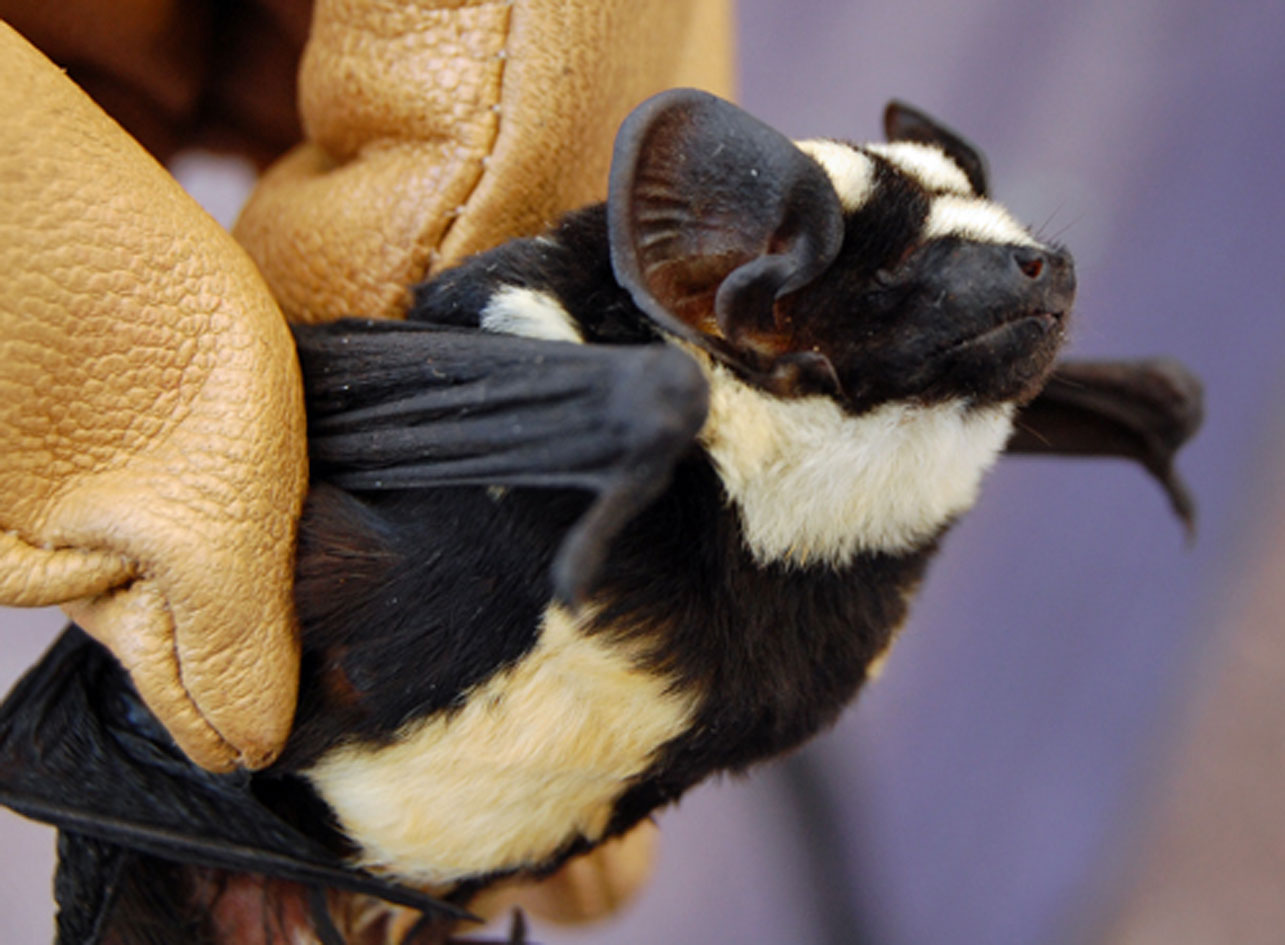 What looks like a tiny badger or a panda with wings, is actually a newly discovered genus of bat. The little guy was found in the Bangangai Game Reserve in South Sudan. Researchers from Bucknell University and Fauna and Flora International who found the animal were working to conduct field research and push conservation efforts when they stumbled upon this tiny critter.

"My attention was immediately drawn to the bat's strikingly beautiful and distinct pattern of spots and stripes. It was clearly a very extraordinary animal, one that I had never seen before," said DeeAnn Reeder, associate professor of biology at Bucknell University in a statement. "I knew the second I saw it that it was the find of a lifetime."

Once the scientists did a little bit more digging they discovered that it was not actually the first of its kind to be documented. In fact, in 1939 researchers found the same genus in the Democratic Republic of Congo.

However, while it was not the first tiny black and white bat to be found, they did not believe it belonged in the same genus it was currently in.

"After careful analysis, it is clear that it doesn't belong in the genus that it's in right now," Reeder said in the statement. "Its cranial characters, its wing characters, its size, the ears, literally everything you look at doesn't fit. It's so unique that we need to create a new genus."

Reeder and her team decided to call the new genus Niumbaha meaning rare or unusual in Zande. This is the native language of the Azande people in Western Equatoria State where the critter was found.

The name definitely fits its exceptional existence. This specimen was only the fifth of its kind ever to be found, and the first in South Sudan.

The deaths of George Floyd and other Black people at the hands of police have caused stress, anxiety and fear -- especially among people of color. Recent data reveals suicide rates have been on the rise over the past year. Dr. Michael A. Lindsey, executive director of the McSilver Institute for Poverty Policy and Research at New York University, joined CBSN's Elaine Quijano to discuss.