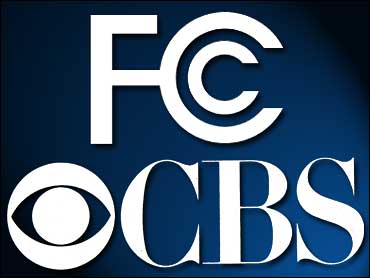 Objecting to what they called increasing government control of what people watch on television, four TV broadcast networks and their affiliates filed court challenges to a Federal Communications Commission ruling that found several programs "indecent" because of language.

ABC, NBC, CBS and Fox, along with their network affiliate associations and the Hearst-Argyle Television group of stations, filed notices of appeal in various federal courts, including in Washington, D.C., and New York. Some were filed late Thursday and the rest Friday morning.

Broadcasters have complained that federal enforcement of indecency rules is vague and inconsistent. Millions of dollars in fines have been levied based on the rules.

The appeals challenge the FCC's March 15 finding that profane language was used on CBS's The Early Show in 2004, incidents involving Cher and Nicole Richie on the "Billboard Music Awards" shows broadcast by Fox in 2002 and 2003 and various episodes of the ABC show "NYPD Blue" that aired in 2003.

The FCC did not issue fines in those cases because the incidents occurred before a 2004 ruling that virtually any use of certain expletives would be considered profane and indecent.

The networks and affiliate groups, representing more than 800 individual stations, issued a rare joint statement Friday saying they objected to "growing government control over what viewers should and shouldn't see on television."

The group said parents already have the ability to block certain programs by using the V-chip and various other parental controls.

FCC spokeswoman Tamara Lipper said Friday that the U.S. Supreme Court ruled more than 20 years ago that comedian George Carlin's monologue on the "7 dirty words you can't say on television and radio" was indecent.

"Today, Disney, Fox and CBS challenged that precedent and argued that they should be able to air two of those same words," Lipper said. "We are reviewing their filings."

While none of the cases involved NBC, the network filed a petition to intervene on behalf of the other networks and stations.

In addition to upholding its earlier decision to fine CBS $550,000 for Janet Jackson's "wardrobe malfunction" at the 2004 Super Bowl, the FCC said in a statement released last month on its Web site: "The Commission also finds episodes of "Without a Trace" and "The Surreal Life 2," which contained numerous graphic, sexual images, to be impermissible under the Commission's indecency standard."

CBS had appealed the FCC's fine against 20 of its stations for Jackson's brief breast exposure during the Super Bowl halftime show two years ago. But the agency affirmed the decision.

In three of the cases being appealed, the FCC found that violations occurred during live broadcasts. A contestant from the CBS show "Survivor: Vanuatu," for instance, used a variation of the "S" word when referring to another contestant on The Early Show in December 2004.

The FCC found the use "indecent," but did not issue a fine because "our precedent at the time of the broadcast did not clearly indicate that the commission would take enforcement action against an isolated use of the 'S-word,"' the FCC wrote in its March 15 order.

In the case of "NYPD Blue," the FCC found that the show's use of a variation of the "S" word was indecent because the episode aired at 9 p.m. in the Central and Mountain time zones. The use of the word after 10 p.m. in the Eastern and Pacific time zones was not objectionable, the FCC found.