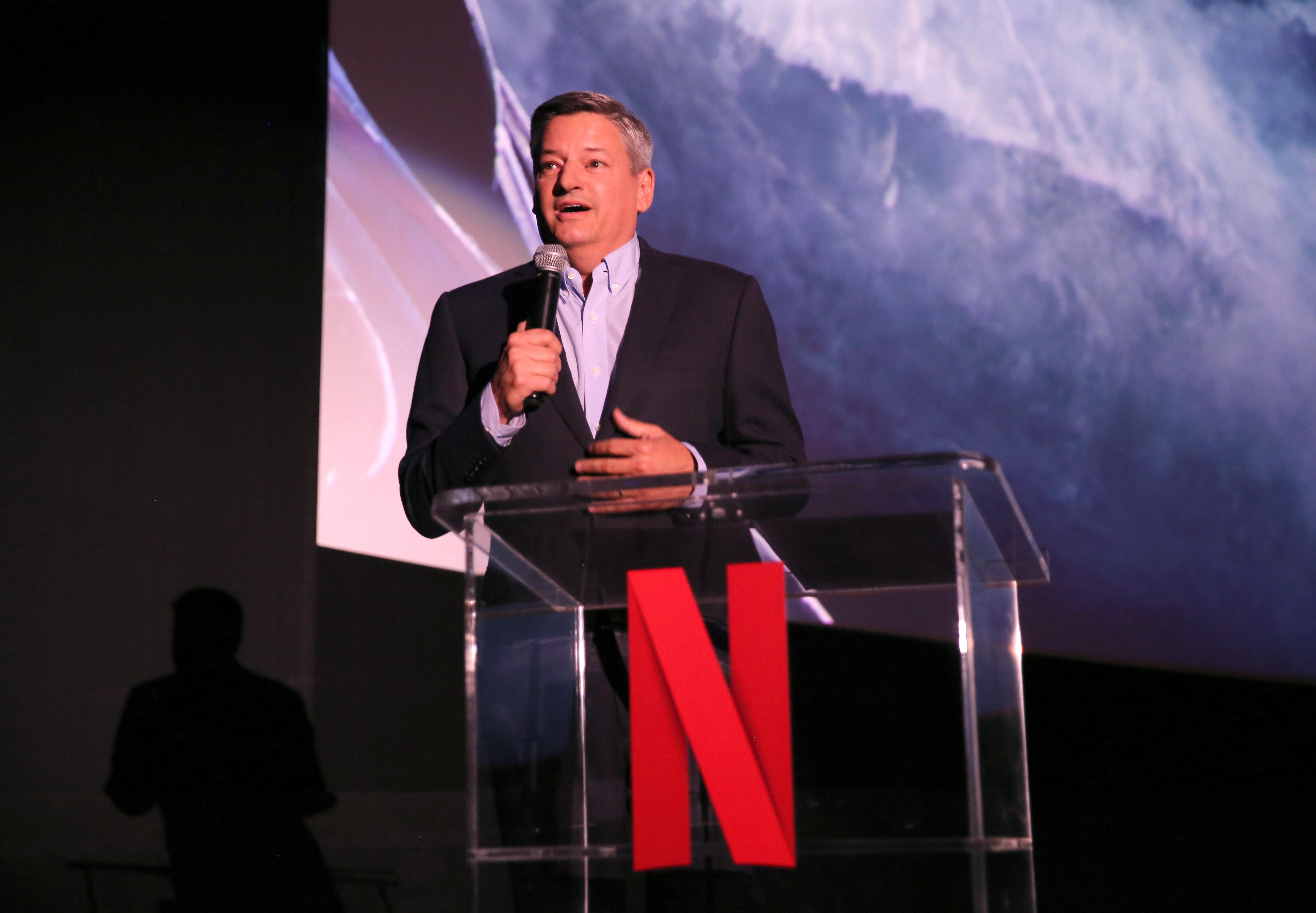 Cannes earlier banned any films without theatrical distribution in France from its Palme d'Or competition. That essentially rules out Netflix movies, which are released either on a day-and-date strategy — meaning simultaneously on Netflix and in some theaters — or simply go straight to Netflix. In France, it's a law that films can't be released on home entertainment platforms until 36 months after their theatrical release.

That still left Netflix the option of participating outside of competition at Cannes. But in an interview with Variety published Wednesday, Sarandos said he doesn't want to send Netflix releases if they won't be treated equally with other movies.

"We want our films to be on fair ground with every other filmmaker," said Sarandos. "There's a risk in us going in this way and having our films and filmmakers treated disrespectfully at the festival. They've set the tone. I don't think it would be good for us to be there."

Representatives for Cannes didn't immediately comment Wednesday. In an earlier interview, Cannes director Thierry Fremaux said: "The Netflix people loved the red carpet and would like to be present with other films. But they understand that the intransigence of their own model is now the opposite of ours."

Last year, two Netflix films — Bong Joon-ho's "Okja" and Noah Baumbach's "The Meyerowitz Stories" — premiered in competition at Cannes, prompting outrage from French theater owners and unions. Cannes subsequently changed its rules. The board said in a statement, "Any film that wishes to compete in competition at Cannes will have to commit itself to being distributed in French movie theaters." They explained that the new rule would go into effect for the 2018 festival.

Fremaux said in March to The Hollywood Reporter that he thought the decision would coax Netflix into releasing its films in theaters.

"Last year, when we selected these two films, I thought I could convince Netflix to release them in cinemas," he explained. "I was presumptuous, they refused." He said he allowed those films into the festival because he welcomed the new energy and did not want the films to go to another festival.

Fremaux implied that the festival will have to figure out how to better work with streaming services in the future, but added that movies by services like Netflix and Amazon are different from those that are shown in theaters, saying that they are more like hybrids between films and TV shows.

"Cinema [still] triumphs everywhere even in this golden age of series," he said. "The history of cinema and the history of the internet are two different things."

Last year's festival became a kind of referendum on Netflix's role in cinema. Advocates for the streaming service point to the creative freedom Netflix offers to filmmakers and its financial backing of a diverse and ambitious slate of films. Critics say a platform destructive to theatrical moviegoing shouldn't be celebrated at the world's foremost celebration of cinema.

For Cannes, losing Netflix — and its growing roster of big-name filmmakers and stars — is a blow, depriving the French Rivera festival of some of the high-wattage glamour it seeks for its red carpet. Hollywood studios have largely stopped making the kinds of movies presented in Cannes, though this year's festival will include the out-of-competition premiere of Disney's "Solo: A Star Wars Story."