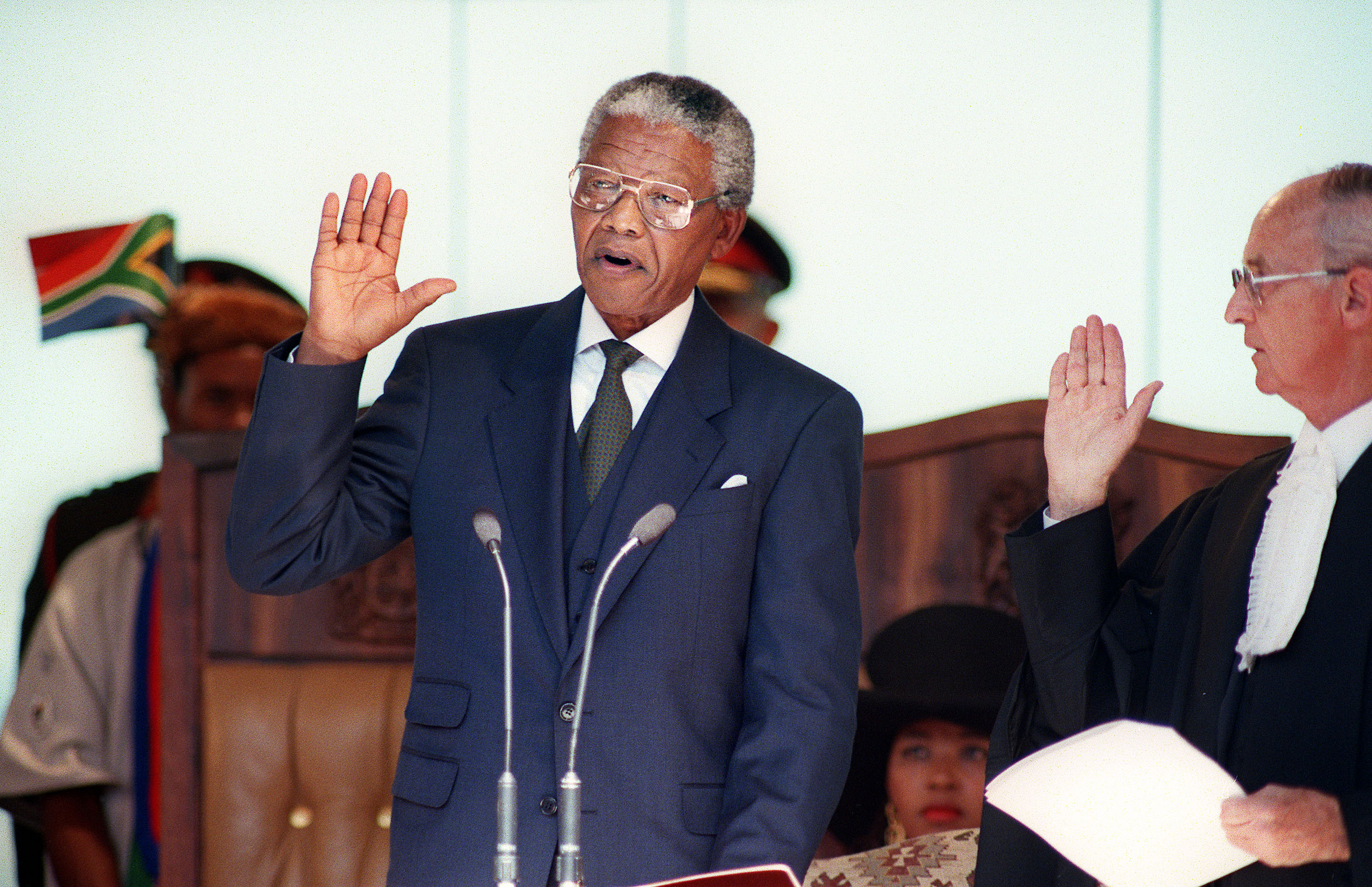 In 1990, "60 Minutes'' correspondent Bob Simon reported on Nelson Mandela's return to Soweto and reflects on Mandela's journey to unite his country.

February 1990. Mandela was not only free, he was back in Soweto -- the cradle of the liberation struggle. This was his real homecoming.

"My return to Soweto fills my heart with joy…" Mandela addressed the crowd.

The world watched, inspired by the words of a leader who vowed to carry on the fight that had been his life's work.

I was reporting that week from South Africa.  The ecstasy was contagious. But the walls of apartheid were still standing in the statutes and in the minds of the people.

"It gave whites a false sense of superiority, and blacks a false sense of inferiority," said Andrew Young. The former United Nations ambassador and colleague of Martin Luther King saw that Mandela was not interested in black supremacy.  He wanted a colorblind society; a rainbow nation.

Mandela's effort was always to unite the country, one nation without race, where every citizen has its opportunity," said Young.

But President F.W. de Klerk's government surreptitiously fostered violence -- both black and white -- in an attempt to undermine Mandela's dream of a society where all people would be equal.

Violence raged; women and children were not spared. Mandela pleaded passionately for restraint.

"Our whole nation now teeters on the brink of disaster," Mandela said. "Take your guns, your knives and throw them into the sea."

"Mandela talked to me about the fact that South Africa came much closer to a violent civil war than anybody realized," said former Time magazine editor Rick Stengel.

And in a civil war, President de Klerk realized the white minority could stand to lose it all.  With the country in chaos, he called for a national referendum and 68 percent of whites voted to end apartheid.

"Today we have closed the books on apartheid and that chapter is finally closed," said de Klerk.

It was a huge victory. But Mandela knew there was at least one chapter left. "I still cannot vote in my own country, and I cannot say that we have now said goodbye to apartheid," he said.

Mandela reached out to his former enemies, working with President de Klerk to forge a new constitution that would include black South Africans. He wanted to abolish an odious system, not the men who ran it.

"To see Nelson Mandela and President de Klerk together is the essence of reconciliation," Congressman and civil rights leader John Lewis said. "When people can come together and lay down the burden of hate that's what counts."

Then, in what would have once seemed implausible, Mandela and de Klerk were both awarded the Nobel Prize for peace.

"There are very few people, if any, that deserve a Nobel Prize as much as Mandela," said Young.

National elections were held. The man who had spent 27 years in prison was now a presidential candidate.

"We are one country, we are one people, I cherish the idea of a new South Africa," said Mandela.

April 26, 1994. It's difficult for anyone born in a democracy to so much as imagine the thrill of putting a ballot in a box.

"I'm going to vote for the first time, as a black man," said a male voter.

"It was amazing," Lewis said. "To see hundreds and thousands of people who had never cast a vote before … waiting in long lines … people shouting for joy, that sense of happiness, that sense of freedom, that sense of liberation."

"For the people of South Africa this is indeed a joyous night for the human spirit," said Mandela.

There was no suspense election night.  Mandela won by a landslide as everyone knew he would.

"It is you, the people, who are the true heroes," Mandela said. "… you have shown such a patient determination to reclaim this country and joy that we can loudly proclaim 'free at last!'"

As president, Mandela immediately began to repair a country torn apart by decades of racial intolerance and violence. "The time for the healing of the wounds has come," he said.

Mandela initiated the truth and reconciliation hearings. South Africans, both black and white, were encouraged to admit crimes they had committed against one another. In exchange, they would not be prosecuted.

Mandela was convinced that it was necessary in order to build a new future.

"Today we proudly say, we are all South Africans…" Mandela addressed a crowd.

"The legacy of Mandela is forgiveness and reconciliation," Young said.

"At the end of the day, I feel that I have done very fruitful and productive work," said Mandela.

"The world needed a Mandela," Young said, "and it didn't matter whether you were rich or poor, his heart was open to you."

"He is revered around the world," Lewis noted. "He's almost like a saint."

"Nobody has the human touch like Mandela," Young continued. "… he was just a real human being."