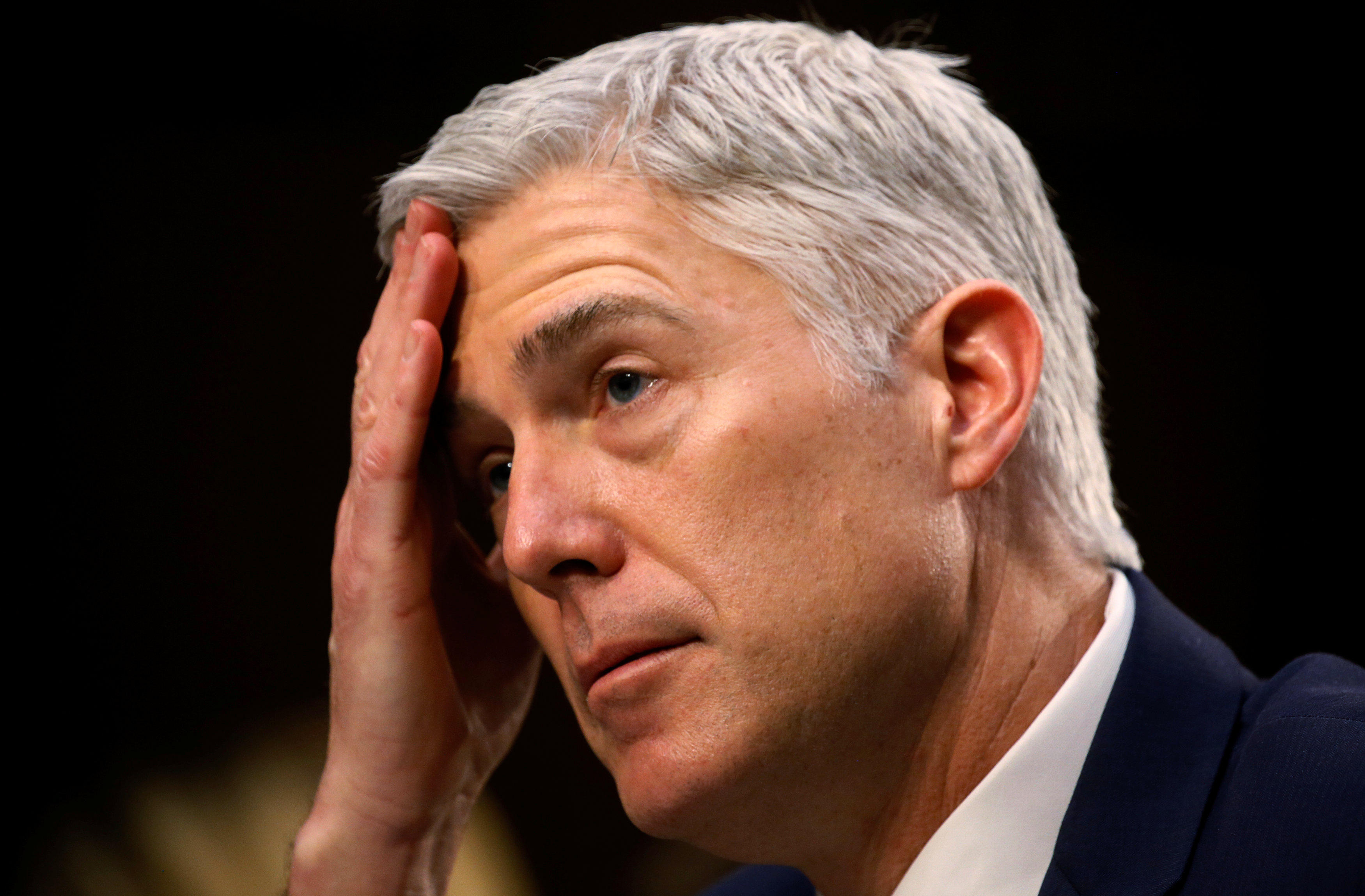 WASHINGTON -- A unanimous Supreme Court has bolstered the rights of millions of learning-disabled students in a ruling that requires public schools to offer special education programs that meet higher standards. The court struck down a lower standard endorsed by President Trump’s nominee to the high court.

Chief Justice John Roberts said that it is not enough for school districts to get by with minimal instruction for special needs children. The school programs must be designed to let students make progress in light of their disabilities.

The Wednesday ruling quickly led to tough questions at the confirmation hearing of Supreme Court nominee Neil Gorsuch. Democratic Sen. Dick Durbin of Illinois said the high court had just tossed out a standard that Gorsuch himself had used in a similar case that lowered the bar for educational achievement.

In its ruling, the Supreme Court sided with parents of an autistic teen in Colorado who said their public school did not do enough to help their son make progress. They sought reimbursement for the cost of sending him to private school.

The case helps clarify the scope of the Individuals with Disabilities Education Act, a federal law that requires a “free and appropriate public education” for disabled students. Lower courts said even programs with minimal benefits can satisfy the law.

Roberts said the law requires an educational program “reasonably calculated to enable a child to make progress appropriate in light of the child’s circumstances.” He did not elaborate on what that progress should look like, saying it depends on the “unique circumstances” of each child. He added that there should also be deference to school officials.

“When all is said and done, a student offered an educational program providing merely more than de minimis progress from year to year can hardly be said to have been offered an education at all,” Roberts said. “For children with disabilities, receiving instruction that aims so low would be tantamount to sitting idly awaiting the time when they were old enough to drop out.”

At Gorsuch’s hearing, Durbin said the nominee had gone beyond the standards of his own appeals court by adding the word “merely” in his 2008 opinion approving the “de minimis” - or minimum - standard for special needs education. Durbin suggested that Gorsuch had lowered the bar even more.

Gorsuch, handed a copy of the ruling during a break on the third day of his hearings, noted that his panel reached its decision unanimously based on a 10-year-old precedent.

Durbin also said Gorsuch had ruled against disabled students in eight out of 10 cases dealing with the IDEA.

“To suggest I have some animus against children, senator, would be a mistake,” Gorsuch said.

Later, Sen. Amy Klobuchar, D-Minn., pressed Gorsuch again, saying he added the word “merely” to the standard “to make it even more narrow.”

Disability advocacy groups argued that schools must offer more than the bare minimum of services to children with special needs.

The ruling does not go as far as the parents wanted. They had argued that educational programs for disabled students should meet goals “substantially equal” to those for children without disabilities. Roberts rejected that standard, saying it was “entirely unworkable.”

The court’s decision to require a more demanding test for progress has major implications for about 6.4 million disabled students who want to advance in school and rely on special programs to make that happen. School officials had cautioned that imposing higher standards could be too costly for some cash-strapped districts. They warned that it could also lead parents to make unrealistic demands.

The case involved a boy known only as Endrew F. who attended public school outside Denver from kindergarten through fourth grades. He was given specialized instruction to deal with his learning and behavioral issues.

But Endrew’s parents decided to send him to private school in 2010 after complaining about his lack of progress. They asked the school district to reimburse them for his tuition - about $70,000 a year - on the basis that public school officials weren’t doing enough to meet their son’s needs.

The Colorado Department of Education denied their claim, saying the school district had met the minimum standards required under the law. The federal appeals court in Denver upheld that decision, ruling that the school district satisfied its duty to offer more than a “de minimis” effort.

“It is now clear that schools must provide students with disabilities the supports they need to help them achieve meaningful and substantive educational goals,” said Ira Burnim, legal director at the Bazelon Center for Mental Health Law.

Francisco Negron, general counsel of the National School Boards Association, said the court had issued a “measured” decision “that isn’t really upsetting the apple cart.” He said it would lead to schools more carefully tracking the progress of special needs students. But he praised the court for saying it would defer to the judgment of educational officials.