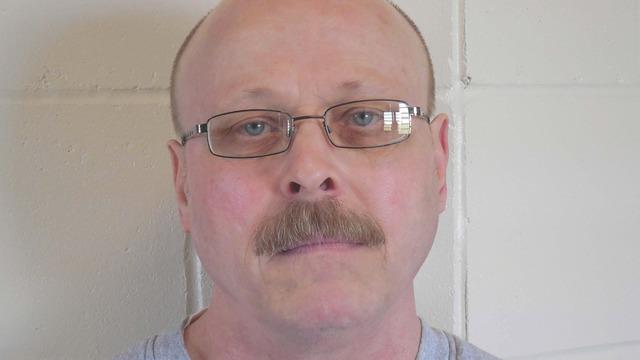 A Nebraska death row inmate's execution was briefly hidden from the media's view after prison officials say the last of four lethal injection drugs was administered. The Nebraska Department of Correctional Services said the drug was administered at 10:24 a.m. The prison warden lowered a curtain over the media's viewing window at 10:39 a.m. and raised it again about 14 minutes later.

Department Chief of Staff Dawn-Renee Smith says the curtain was lowered after the execution team notified Department Director Scott Frakes that the last drug had been injected.

Moore was declared dead at 10:47 a.m. The viewing curtain was lifted again about six minutes later to reveal Moore's body and remained open for 40 seconds.

It was Nebraska's first execution in more than two decades and used a drug combination never tried before, including the first use of the powerful opioid fentanyl in a lethal injection.

Moore, 60, had been sentenced to death for killing two cab drivers in Omaha in 1979. He was the first inmate to be lethally injected in Nebraska, which last carried out an execution in 1997, using the electric chair.

Witnesses, including Bill Schammert of CBS affiliate KOLN, said there appeared to be no complications in the execution process, which also was the first time a state used four drugs in combination. Moore remained mostly still throughout the execution but breathed heavily and gradually turned red and then purple as the drugs were administered.

At one point while on the gurney, Moore turned his head and mouthed several words to his family, including "I love you." No members of the victims' families witnessed the execution.

The Department of Correctional Services said the first lethal injection drug was administered at 10:24 a.m. The prison warden lowered a curtain over the media's viewing window at 10:39 a.m. and raised it again about 14 minutes later.

Dawn-Renee Smith, the department's chief of staff, said the curtain was lowered after the execution team notified Department Director Scott Frakes that the last drug had been injected. Smith said Frakes and Acting Warden Robert Madsen waited in the execution room for five minutes to ensure the drugs had taken effect before summoning the county coroner from another part of the prison to confirm Moore's death.

Moore was declared dead at 10:47 a.m. The viewing curtain was lifted again about six minutes later to reveal Moore's body and remained open for 40 seconds.

In his final written statement, Moore admitted: "I am guilty." But he said there are others on Nebraska's death row who he believes are innocent and he said they should be released.

"How might you feel if your loved one was innocent and on death row?" Moore asked.

The light turnout stood in contrast to the 1994 execution of Harold Lamont Otey, when more than 1,000 people created a raucous, party-like atmosphere. Otey was executed shortly after midnight in the electric chair, and some in the crowd sang the song "Na Na Hey Hey Kiss Him Goodbye" after it was announced. Following Otey's punishment, executions were changed to a morning schedule.

Moore's execution comes a little more than three years after Nebraska lawmakers abolished the death penalty, only to have it reinstated the following year through a citizen ballot drive partially financed by Republican Gov. Pete Ricketts. The governor, a wealthy former businessman, has said he was fulfilling the wishes of voters in the conservative state.

The Nebraska drug protocol called for an initial IV dose of diazepam, commonly known as Valium, to render the inmate unconscious, followed by the powerful synthetic opioid fentanyl, then cisatracurium besylate to induce paralysis and stop the inmate from breathing and potassium chloride to stop the heart.

Diazepam and cisatracurium also had never been used in executions before.

According to prosecutors, Moore was 21 when he fatally shot Reuel Van Ness during a robbery with his younger brother, and used the money to buy drugs and pornography. Moore fatally shot Maynard Helgeland by himself five days later, saying he wanted to prove he could take a man's life by himself. Moore was arrested a week later. He was charged and convicted of first-degree murder, while his 14-year-old brother was convicted of second-degree murder.

In his statement, Moore also apologized to his brother for dragging him into the robbery and murder.

"I should (have) led him in the right way to go instead of bringing him down, way down," Moore said.

Moore had faced execution dates set by the Nebraska Supreme Court seven times since he was convicted, but each was delayed because of legal challenges and questions over whether previous lethal injection drugs were purchased legally. For some relatives of Moore's victims, that was far too long - and they hope his name and crimes will finally vanish from headlines.

"We're sick of hearing about Carey Dean Moore," Steve Helgeland, one of Maynard Helgeland's three children, said ahead of the execution.

Helgeland said the numerous delays in executing Moore had left him ambivalent.

"There was a point in my life when I probably would have pulled the switch myself, but 39 years has a way of dissipating your anger," he said.

A Germany-based drugmaker tried to halt the execution last week, filing a lawsuit that alleged the state had illegally procured at least one of the company's drugs. The company, Fresenius Kabi, argued that allowing the execution to go forward would harm its reputation and business relationships.

But a federal judge sided with state attorneys , who argued that the public's interest in carrying out a lawful execution outweighed the company's concerns. The judge also noted that Moore had stopped fighting the state's efforts to execute him.

A federal appeals court upheld that ruling Monday, and Fresenius Kabi decided not to appeal.