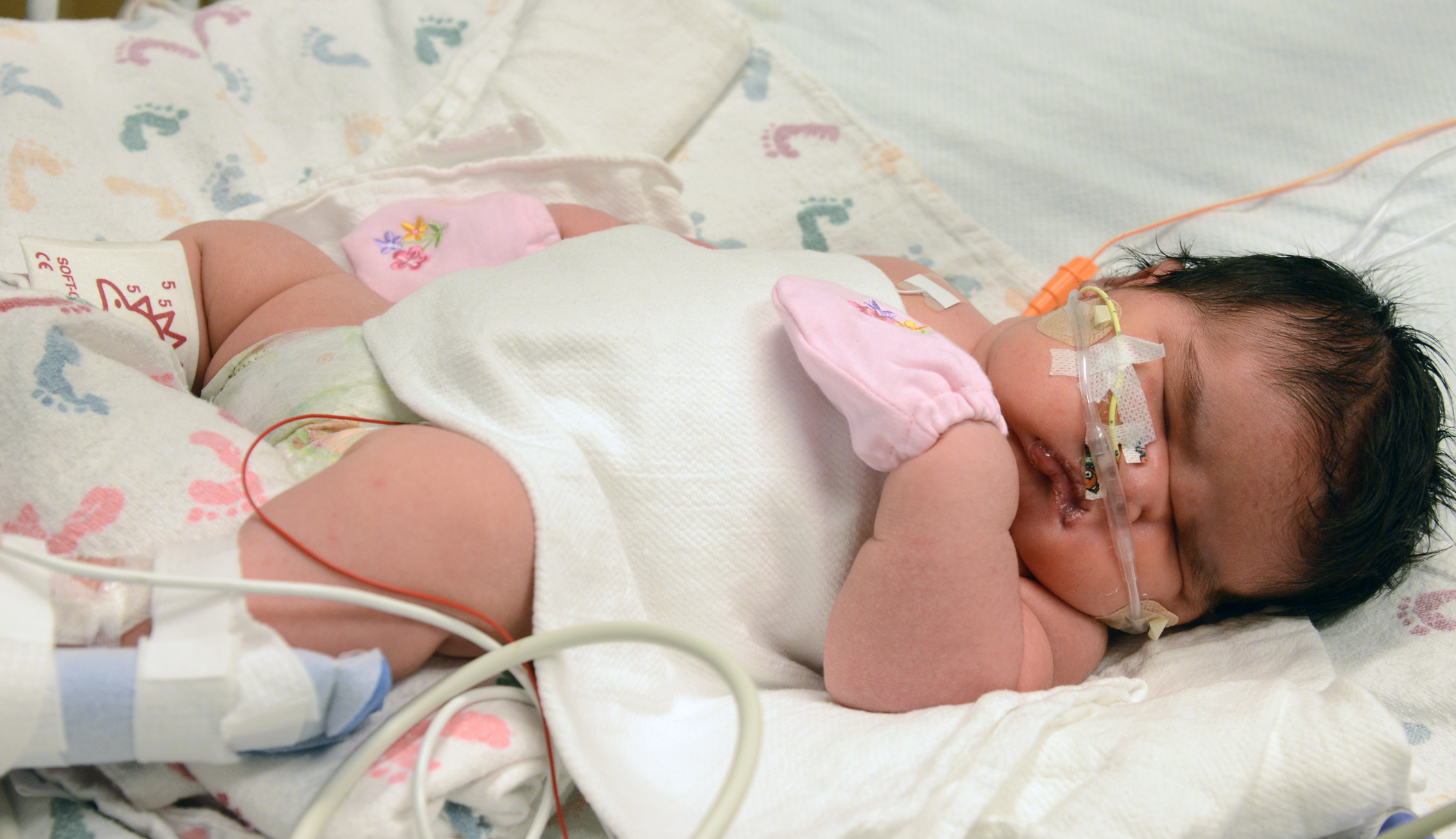 ALAMOSA, Colo. -- A woman in southern Colorado was surprised when she gave birth to a baby girl that tipped the scales at almost 14 pounds.

The baby, Mia Yasmin Garcia, was born by cesarean section in Alamosa on Monday, weighing 13 pounds, 13 ounces. CBS Denver reports the newborn was flown to Children's Hospital in the Denver area because she had low glucose levels and trouble breathing, but she's expected to go home in a few days.

Mia's father, Francisco Garcia, says the newborn's size shocked everyone, including hospital staff. "They were like whoa! They opened their eyes like they've never seen a baby like that," he said.

Mia is being welcomed by four older sisters.