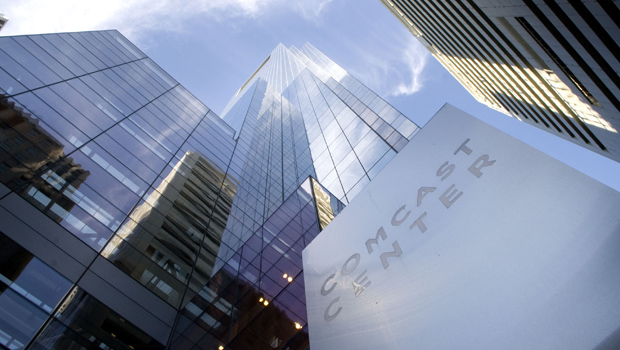 LOS ANGELES NBC slashes Jay Leno's "Tonight" pay in half, but forks out more than $8 billion to renew its broadcast rights to Sunday Night Football.

Rumors swirl about a salary cut for Matt Lauer and Alec Baldwin tweets an offer to cut his salary, even as the network gambles on a $4.4 billion bid for the Olympics.

Is this any way to run a network that's been stuck at No. 4 in the prime-time ratings for eight seasons?

Yes, according to observers, who say NBC is making the right moves by saving where it can and spending where it should under new owner Comcast (CMCSK).

"I'm impressed they're both taking all these creative shots and exercising financial discipline," said Garth Ancier, a network veteran who helped launch Fox and was an entertainment chief at NBC.

Stephen Burke, Comcast vice president and NBCUniversal CEO, "knows where to spend money and where not to," Ancier said.

But steps including Leno's pay cut (to a still-enviable $15 million) and "Tonight" staff reductions raised eyebrows and this question: Is NBC returning to the chokehold on costs that was in place under previous CEO Jeff Zucker, when viewership spiraled downward?

The ill-fated experiment of putting "Tonight" at 10 p.m. instead of more costly drama series was one example of Zucker's programming approach.

Barclays Capital (BARC) analyst Anthony DiClemente cautions against a "cynical" reading of NBC's position. Particularly in a TV universe fragmented by cable and satellite, "management is looking to be as efficient as possible when they look at program expenses," DiClemente said.

In fact, NBC under Bob Greenblatt, the new entertainment chief who took over last year, the network has shown promising, if very early, signs of a ratings rebound.

"NBC has made a really impressive recovery from the last-place broadcast network to having a fall schedule that put them in first place" in the fall season's kickoff week, DiClemente said. The network slipped to No. 2 in the second week among total viewers but held the top spot among the advertiser-favored young adult audience.

Using the Summer Olympics as a springboard for its fall lineup, NBC cracked the top 10 with the J.J. Abrams thriller "Revolution" and returning singing show "The Voice," and scored with the Matthew Perry freshman comedy "Go On," which landed in the top 20.

Burke, in charge of NBCUniversal since cable TV giant Comcast's 2011 takeover, told a conference call with analysts last month that NBC, which he said is averaging $1 billion less in operating profits annually than the other major broadcasters, ABC (DIS), CBS (CBS) and Fox (NWS), is his top priority for the coming year among properties that include cable channels, the Universal Pictures movie studio and theme parks.

"There's really no reason for that (competitive difference), other than we need to make better shows, we need to schedule them better, we need to rebuild NBC brick-by-brick, which is the process we're going through right now," he said.

The network is shelling out big for dramas such as "Smash," which reportedly cost $7.5 million to produce, and for premiere sports events and reality shows like "The Voice" that invite live viewing to overcome ad skipping.

But the corporate wallet isn't open wide for all.

Programs that are slipping in the ratings and those with ballooning budgets are at risk of the fiscal axe. A traditional place to start is with "talent," the on-camera performers who may find their designer belts among the first to be tightened because they represent a hefty share of a show's budget.

Leno falls in that camp and, according to one report, Lauer of "Today" might find himself there as well, although the show quickly denied that. Baldwin of "30 Rock" tried a preemptory move, offering to take a pay cut to keep the sitcom on the air.

Greenblatt, who declined to comment for this story, told The Wall Street Journal that the recent "Tonight" cuts were needed to restore the show's budget to pre-2009, when it made its short-lived, costlier foray into prime-time competition.

But its fortunes are dimming in the increasingly crowded late-night arena despite its top-rated status. "Tonight," which brought in $460 million in ad dollars in 2007, was down to $161 million in 2011, according to Kantar Media. It made $4 million less in the first half of 2012 than it did for the same period last year.

Another key NBC franchise, "Today," is finding itself on shaky ratings ground after 15 years at the top. Since the beginning of July, "Today" has lost each week in the ratings to "Good Morning America," with the exception of the two weeks NBC was in London for the Olympics.

A continued downward slide could make NBC question the deal it gave Lauer earlier this year for a reported increase from $17 million to $25 million annually.

The network might suggest to its host that "the show is not doing the same numbers. Would you take a reduction given that situation?" Ancier speculated.

It's far from unusual, he said, and something he himself has done. As the WB network's onetime programming chief, he took a hard look at the costs of "Seventh Heaven," the network's aging and most expensive series.

"At a certain point, it didn't make sense to keep airing it unless we could get the costs down. We asked the cast to an equal reduction" by percentage, Ancier said. Or, as he put it, "everyone has to take a haircut."

Baldwin's offer to take a 20 percent reduction in his reported $15 million "30 Rock" salary, however, looks to be grounded more in the grand gesture than reality.

Never a ratings success, the Tina Fey comedy did bring NBC the prestige of multiple Emmy Awards and enough viewers to warrant continued production to reach the threshold for lucrative syndication. NBC has declared this abbreviated seventh season to be the show's last.

The ratings explain the decision. Last week's debut was the lowest-ever for "30 Rock" with 3.5 million viewers, a number dwarfed by the 15-plus million that tune to top-rated sitcom "The Big Bang Theory" on CBS.

Even before the Comcast acquisition, "30 Rock" cleverly mocked the company as KableTown, headed by the erratic, glad-handing CEO Hank Hooper (Ken Howard) who holds the fate of network executive Jack Donaghy (Baldwin) in his hands.

If art follows life, Donaghy should brace himself.