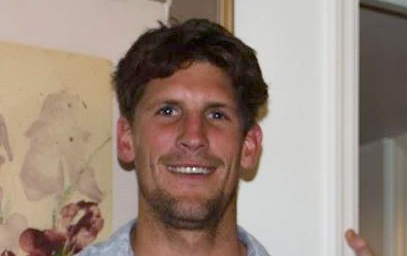 PHOENIX -- The Navy SEAL who was killed in Iraq on Tuesday as the U.S. military stepped up its role helping Christian and Kurdish militias battling ISIS near the terror group's stronghold in Mosul has been identified as 31-year-old Charlie Keating IV.

Arizona Gov. Doug Ducey announced late Tuesday afternoon that Keating died in an Islamic State of Iraq and Syria (ISIS) attack near the city of Irbil.

Ducey ordered all state flags be lowered to half-staff from sunrise to sunset Wednesday in honor of Keating, who was a graduate of Phoenix's Arcadia High School. He is the grandson of the late Arizona financier involved in savings and loan scandal. His cousin is Arizona Olympic swimmer Gary Hall Jr., CBS Phoenix affiliate KPHO reported.

"It is a combat death, of course. And a very sad loss," U.S. Secretary of Defense Ash Carter said in Stuttgart, Germany, where he was meeting NATO allies.

The death occurred "in the neighborhood of Erbil," the capital of Iraq's semi-autonomous Kurdistan region, according to Carter. CBS News national security correspondent David Martin reports the battle was north of Mosul, an area that saw intense fighting Tuesday as ISIS militants tried to fight their way north from their stronghold.

The U.S.-led "Operation Inherent Resolve" issued a short written statement saying a coalition "service member was killed in northern Iraq as a result of enemy fire."

Martin reports the deceased SEAP was an American adviser to the Kurdish Peshmerga force. He was working with a Peshmerga unit two to three miles behind the front line during a battle with ISIS when some of the militants managed to get into a Peshmerga camp in Kurdish territory to kill the American with gun fire.

"It was a real battle, not just one-off raid," reports Martin.

ISIS forces broke through using three truck bombs followed by bulldozers which cleared the wreckage away, which is how they got in the rear. They had two more truck bombs with them but they were destroyed by air strikes, Martin reports.

U.S. advisers rotate from camp to camp -- so U.S. Navy SEALS just happened to be at that camp when the attack came, Martin said.

A senior U.S. military official told CBS News that American F-15 fighter jets and drones provided air support -- 23 strikes in all -- to the Peshmerga forces during what was described as an intense battle. There were no other U.S. casualties reported during the battle. Casualties among the Peshmerga remained unclear.

Keating's former track coach at Arcadia said he has kept it touch with Keating through Facebook over the years and he is heartbroken by the news.

Keating attended the Naval Academy before becoming a Navy Seal based out of Coronado, California.

Keating was city and region champion in the 1,600-meter run as a sophomore, junior and senior in high school.

He earned all-city and first-team all-state honors as a senior, according to Indiana University, where he ran in college.

Indiana University released a statement on his passing.

"When Charlie left IU to enlist and try to become a SEAL, I don't think it really surprised any of us," said Robert Chapman, professor of kinesiology at IU Bloomington, who served as IU's men's cross country coach from 1998 until 2007. "You could tell he was a guy who wanted to be the best and find out what he was made of, and serving as special operations forces for his country embodied that."

"From all accounts, Charles Keating was a great kid and a privilege to coach. On behalf of Indiana Track and Field, my condolences go out to the entire Keating family. He paid the ultimate sacrifice defending his country, and for that we are eternally grateful."

Reniewicki said Keating was a joyful young man and decorated athlete. He said he was compelled by the attacks on 9/11 to join the military, KPHO reported.

Keating was planning to get married in November, according to Reniewicki.

Keating's grandfather, Charles H. Keating Jr., who died in 2014 at age 90, was the notorious financier who served prison time for his role in the costliest savings and loan failure of the 1980s.

According to the Arizona Republic, Keating was known as C-4 because he had the same name as three generations before him.

During the scandal, Keating was a small child and other children reportedly made fun of him.

"What happened in the past, I really don't care. I'm really close to him," the younger Keating told the Republic in May 2004 when he ran in the Class 4A state track and field championships in suburban Mesa, Arizona, and his grandfather watched him compete for the first time.