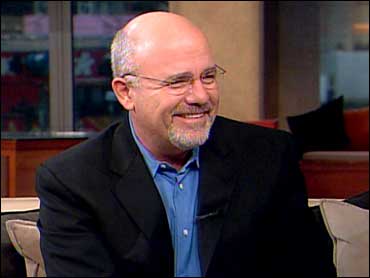 Subprime lender New Century Financial Corp., at one time the nation's second-largest provider of mortgages to high-risk borrowers, filed for bankruptcy protection Monday and fired more than half its work force. New Century is the latest to succumb to the surge in homeowner defaults in the subprime sector.

In recent months, more than two dozen subprime lenders have shut down.

On The Early Show Tuesday, financial author and radio talk show host Dave Ramsey offered some advice for prospective homebuyers looking to avoid falling victim to risky loans, and discussed the effect the mortgage meltdown is having on the housing market.

WHAT IS A SUBPRIME MORTGAGE?

Subprime loans have higher rates than equivalent prime loans. They're frequently given to borrowers who quite frankly aren't ready to take on the responsibility of the loan. They're more likely to have a prepayment penalty, a balloon payment, or both. People are drawn to them though because they often have low initial payments.

WHAT'S WITH THE SUBPRIME MORTGAGE MELTDOWN?

A lot of what's happening with the subprime mortgages is that adjustable rate mortgages, which make up a large portion of the subprime mortgage market, are adjusting. That causes payments to balloon, and borrowers can't afford the payments anymore. So they're being forced to refinance the loan or sell the house. That's why we're seeing so many foreclosures on houses that were purchased with subprime loans.

LENDERS DON'T ADVERTISE SUBPRIME MORTGAGES. HOW DO POTENTIAL BORROWERS KNOW IF THE MORTGAGE THEY'RE BEING OFFERED IS SUBPRIME?

Lenders won't use the term "subprime" to describe a loan. So the main thing you want to look at is the interest rate. If the interest rate being offered is above market, you'd get a bad deal. Subprime means these were risky loans to begin with. People who get subprime mortgages have a lot of financial baggage : late paying bills, filed for bankruptcy, etc. I know homeownership is the American Dream, but if you get a house before you're financially ready, it will turn into a nightmare.

Here's a general rule to follow: If you're being offered a subprime mortgage, chances are you're not yet ready to become a homeowner.

WHY WOULD LENDERS GIVE MONEY TO PEOPLE WITH POOR CREDIT HISTORY?

Because they're profitable. They want to make a buck. But it's coming back to bite the lender now, because of the amount of foreclosures we're seeing. And it's really starting to impact these mortgage companies who relied on subprime mortgages to make money.

SHOULD PROSPECTIVE FIRST-TIME HOMEBUYERS FEEL DISCOURAGED, AND GET SCARED OFF BY THIS MORTGAGE MELTDOWN?

No. If you're ready to buy a house, you're ready. You'll know it. But look, if you're in debt, or have a poor credit score, you're not ready. And don't get stuck with a subprime mortgage. You're better off waiting to get settled financially before taking on homeownership.

I had a guy call my radio show recently. He makes $7,000 a year, and he was approved for a home loan! When lenders do stuff like that, they get what they deserve. It's a recipe for disaster. Qualified homebuyers shouldn't let some mortgage person pull them into a subprime mortgage.

WHAT DOES THIS ALL MEAN FOR THE HOUSING MARKET?

Subprime mortgages make up a very small percentage of the overall mortgage market. But with lending standards now tightened, fewer borrowers will qualify for loans. That's a double whammy for housing - more homes on the market and fewer buyers.

WHAT DO YOU NEED TO DO TO GET READY TO BUY A HOME AND GET LEGITIMATE FINANCIAL HELP?