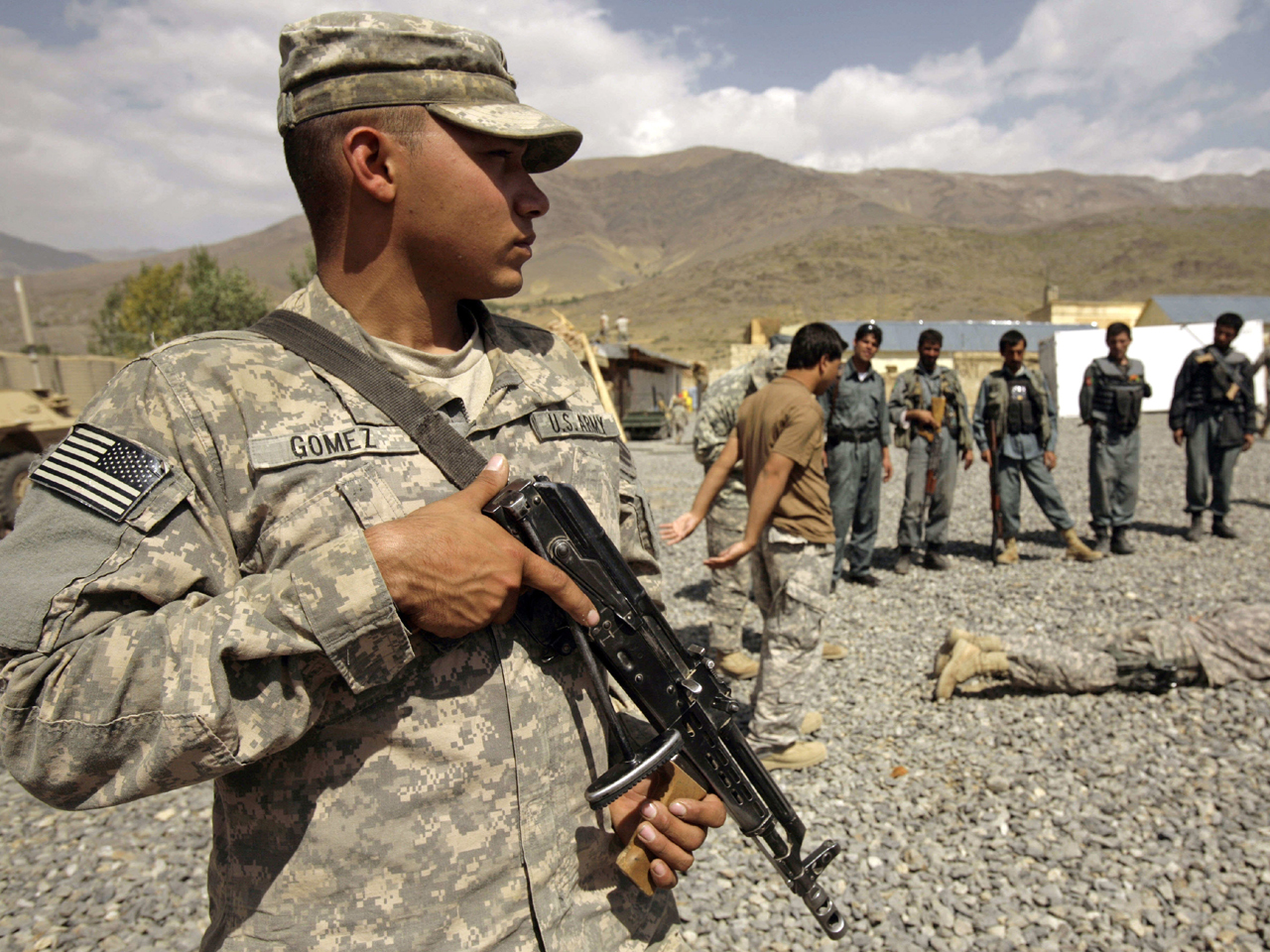 (CBS News) KABUL - Coalition forces and their Afghan partners are continuing to put further measures in place to deter the so-called "insider attacks" by Afghan security forces on international troops, which have increased sharply in recent months and have left 45 Western troops dead this year, including 28 Americans.

Efforts include new joint counter-intelligence teams, repeated and more thorough vetting of Afghan troops, and attempts to reduce cultural misunderstandings between the NATO troops and their Afghan hosts.

"They're working in close proximity in a culture where matters of honor and shame are extremely important to people. This requires the junior leadership to pay particular attention to the welfare of their people to ensure that when problems do occur they're addressed very quickly," explained Bradshaw.

Bradshaw said there was a "renewed emphasis" on working with Afghan commanders to better address and understand the feelings of their subordinates, to "know their family backgrounds, know when they are under stress, to observe for these things. In particular to talk to them when they come back from leave at home, to ensure they haven't come under pressure."

To help address the issue of cultural misunderstanding, the Afghan Ministry of Defense has produced a booklet for Afghan troops to try and explain the behavior of Westerners that may offend them, sparking potentially fatal outbursts of anger.

"We are trying to educate our soldiers to understand the culture and sensitivity of our business partners," said General Zahir Azimi, spokesman for the Afghan Defense Ministry, adding that the Ministry is also "working hard to teach their (ISAF) soldiers about our culture and our sensitivity."

"When coalition forces visit a new country they like to take photos to share back home with family and friends. That is seen as normal. If you do not like it and do not want your picture taken, please remind your ISAF colleagues not to do so. But if they try to take pictures you should not take offense."

"Although ISAF forces are taught to respect everyone's religion and beliefs, some may not understand the importance of religious practices, such as prayers. If you are praying and they do not pay attention, you should not think it disrespectful. Just remind them of how important prayers are to you and how they should behave while you are praying."

"The majority of coalition forces like to talk about their families and show pictures of their wives, children or their brothers and sisters. They might also ask you about your family, even female family members. Do not be offended by this. It is a normal thing in their culture and it just means they want to be friendly. Remind your international colleagues that Afghans usually do not talk about female members of their families with others."

"Using the "F" word does not necessarily mean they are cursing you. Your international colleagues may use this word in normal conversation. Do not take it as an offense and just remind them to be sensitive."

"Coalition forces are sometimes excited to visit new places or buildings. If they enter a mosque or a shrine or somewhere they should not be, do not be offended, instead ask them to leave and explain to them the history of the place and why they should not be there."

The messages contained in booklet, which is written in Dari, may not reach all of Afghanistan's security forces, however, as a significant number are thought to be illiterate.

Bradshaw said one key step in preventing further insider attacks is to get better commanders in place who can focus on the problems of the troops they command and to help convey the information in the new brochure to prevent grudges from festering.

It's too early to say whether these new efforts will reduce incidents of attacks by Afghan forces on international colleagues, but NATO is confident it can reduce the threat.

To eliminate it altogether, however, may prove impossible. The question is whether the trust between Afghan forces and their ISAF counterparts has already been broken, and if these well-thought-out measures to improve relations have simply been implemented several years too late.