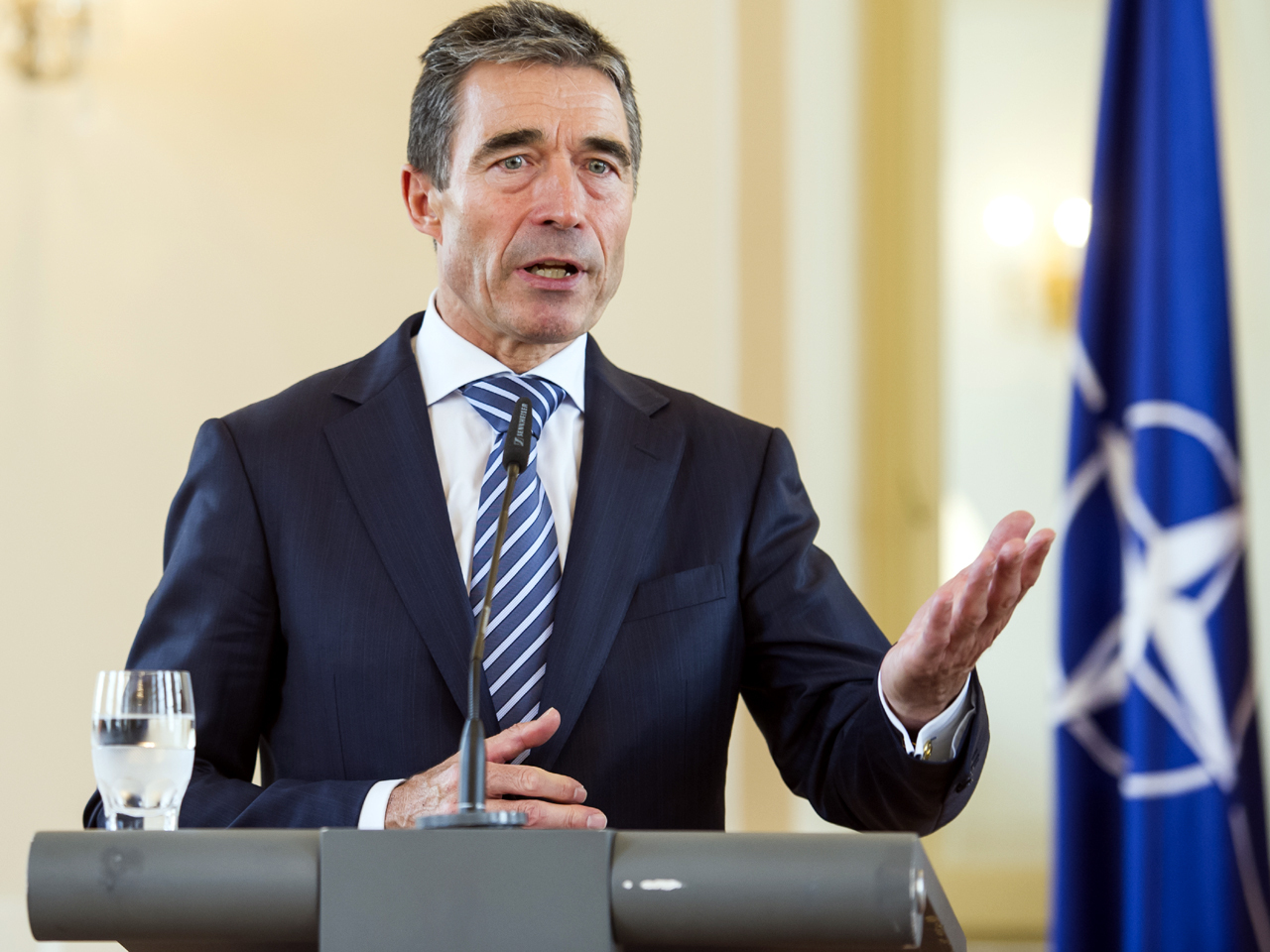 (AP) BRUSSELS - NATO's top official vowed to "do everything it takes" to prevent more insider attacks in Afghanistan, saying they were threatening to undermine trust between international troops and their Afghan allies.

Secretary-General Anders Fogh Rasmussen said Tuesday the surge of attacks by Afghan soldiers and police on their foreign partners will not derail the transition process.

Afghan forces are scheduled to take over security for the country by the end of 2014, when NATO forces will withdraw. This effort has been imperiled by the spike in insider attacks that have killed 45 international service members this year, most of them Americans. There were at least 12 such attacks in August alone, resulting in 15 deaths.

Meanwhile, officials said Sunday the U.S. military has halted the training of some Afghan forces while it digs deeper into their background.

The move only puts about 1,000 Afghan trainees into limbo, a small fraction of the country's security forces. But it shows how these attacks have the potential to derail the U.S.-Afghan handover of security so essential to the international drawdown strategy.

Officials say that the international coalition ultimately hopes to recheck the backgrounds of the entire 350,000-strong Afghan army and police.

The attacks are straining an alliance already stretched by a tense relationship with a notoriously corrupt Afghan government and disagreements over NATO tactics that Kabul claims endanger civilians.

Coalition authorities have said about 25 percent of this year's insider attacks had confirmed or suspected links to the Taliban. The militants have sometimes infiltrated the ranks of the Afghan army and police and in other cases are believed to have coerced or otherwise persuaded legitimate members to turn on their coalition partners.

NATO is currently training thousands of Afghans. The 1,000 put into limbo by the training freeze are part of a 16,000-strong unit dubbed the Afghan Local Police. They are actually much more of a government-backed militia, technically under the authority of the national police but operating independently.

They are the only force that the U.S. alone is in charge of training.

"With this increased interest in the insider threat, everybody started looking at it and saying: `What can we do to make sure that all of our vetting processes are in place?' We're going through and looking at everything," said Lt. Col. Todd Harrell, a spokesman in Afghanistan for the U.S. special operations forces.

"It may take a month, it may take two months, we don't know," Harrell said.

The suspension was first reported by the Washington Post.

The international military coalition has tightened security in places where Afghans and their international colleagues operate together, but it is unclear if any of these efforts will be enough to avoid more turncoat shootings.

NATO spokesman Jamie Graybeal said the training suspension "is not the sum total of everything that we're doing." Other measures include a more intense vetting system for new recruits, increasing the number of people working in counter-intelligence, the re-vetting of Afghan soldiers as they return from leave, a ban on the sale of uniforms and the establishment of an anonymous reporting system, he said.

Harrel said that the ALP already in the field, who have already been trained, will continue to operate as normal. The government will also keep recruiting new members, he said.

Harrell also disclosed for the first time on Sunday that the Americans last month suspended operations by the Afghan special forces last month to re-vet those soldiers for any potential ties to insurgents or any other indications that they might turn on their allies. He said the suspension lasted less than two weeks and that the forces have since resumed operations.

Harrell said he was not aware of any Afghan troops who were suspended or flagged for monitoring in that round of re-vetting. The vast majority of insider attacks have been carried out by regular Afghan army and police, rather than by ALP or special forces.

The deputy commander of international forces in Afghanistan, Lt. Gen. Adrian Bradshaw of Britain, said in a statement that the actions taken by U.S. special operations forces are one part of a plan to re-vet the entire 350,000-member Afghan force.

"Much of this re-vetting task has already been completed and numbers of individuals, where vetting status has been found to be in doubt, have been suspended pending further investigation, or removed from the force," Bradshaw said in the statement. He said Afghan and coalition officials met Sunday to discuss what additional measures could be taken.

The most recent insider attack took place last week when an Afghan army soldier turned his gun on Australian soldiers, killing three of them and wounding two, the Australian military.

In further indications of the tensions between the U.S. and Kabul, Afghan President Hamid Karzai's office condemned an operation by international troops to catch the shooter, saying it resulted in the deaths of two civilians — a 70-year-old man his 30-year-old son. Karzai's office said in a statement late Saturday that the operation took place without the coordination or approval of provincial authorities and violated an agreement that calls on Afghan troops to lead night raids.

The international military alliance responded by saying that Afghan officials approved and supported the strike. NATO forces also said that they captured an insurgent leader in the raid.

In a related incident, NATO said it arrested a Taliban insurgent who was responsible for the May 12 shooting of two members of the British military in Lashkar Gah, the capital of Helmand province in the south.

At the time the man was a member of the Afghan police. An accomplice was shot and killed at the scene. The man, who was not further identified, was arrested along with another suspected insurgent on Aug. 30 in the Hisarak district of eastern Nangarhar province.