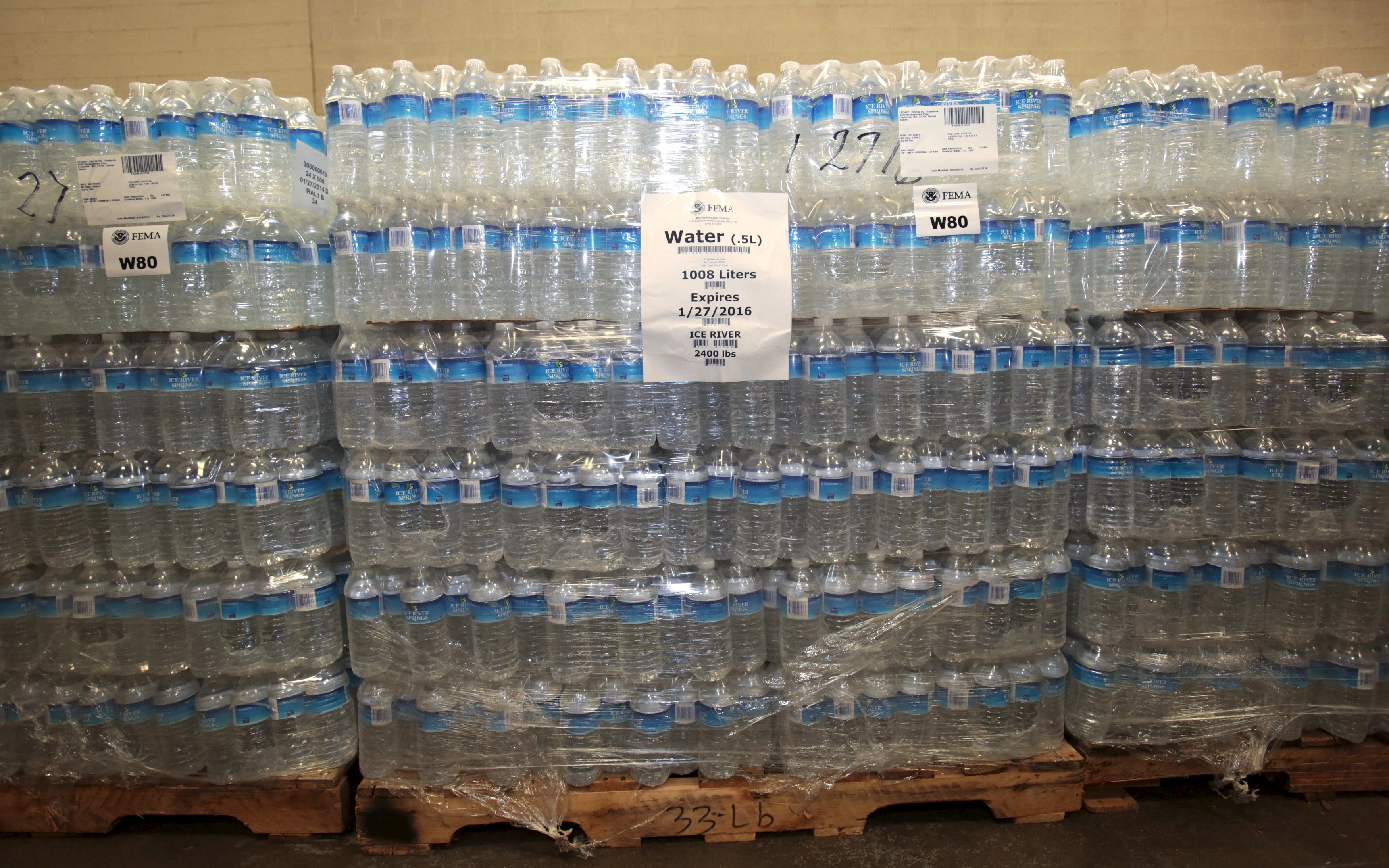 FLINT, Mich. -- Members of the Michigan National Guard were headed to Flint to help dole out bottled water, filters and other supplies to residents dealing with a drinking water crisis that began months ago.

Gov. Rick Snyder late Tuesday activated the National Guard, and some members were expected to arrive as soon as Wednesday to assist state authorities and volunteers in the distribution effort that was already underway.

Flint's tap water became contaminated with too much lead after the city switched its water supply in 2014 to save money while under state financial management. Local officials first declared a public health emergency in October in response to tests that showed children with elevated levels of lead.

Snyder on Tuesday also requested support from the Federal Emergency Management Agency in coordinating a recovery plan with other federal agencies that have the programs, authorities or technical expertise to help. FEMA appointed a disaster recovery coordinator to assist, spokesman Rafael Lemaitre said.

More than 30 Guardsmen will be in place by Friday, enabling American Red Cross volunteers to join door-to-door efforts that began Tuesday instead of staffing sites where residents can pick up free bottled water, filters, replacement cartridges and home water testing kits.

Earlier Tuesday, Genesee County sheriff's Capt. Casey Tafoya said volunteers and police hoped to get to 500 to 600 houses a day in a city of about 99,000 residents with an estimated 30,000 households.

State troopers and sheriff's deputies escorted eight teams as they trudged through cold temperatures and 3 inches of snow, with more falling. Flyers were left at homes where no one answered, giving the location of where to pick up the items later.

"We plan to go every day this week, and we'll continue until everyone has safe drinking water," state police Lt. Dave Kaiser said.

Meantime, Flint police were warning people to be wary of scammers trying to prey on residents amid the crisis. Chief James Tolbert says in a statement that police have received reports of people selling water filters. He notes that filters are being distributed for free around the city, so there's no need to buy one from someone on the street. Tolbert called the scams "unconscionable."

For more than a year, water drawn from the Flint River leached lead from old lines into homes after the city switched its drinking water. Exposure to lead can cause behavior problems and learning disabilities in children.

Flint has since returned to Detroit's system for its water, but officials remain concerned that damage to the pipes caused by the Flint River could enable them to continue leaching lead. They also want to ensure monitoring protocols are followed properly this time.

The state auditor general and a task force created by Snyder have faulted the Department of Environmental Quality for not requiring Flint to treat the river water for corrosion and belittling the public's fears. The agency's director stepped down last month.

Nearly a month ago, the task force also raised concerns about a lack of organization in responding to the disaster.

Snyder, who has also faced criticism, said Monday that the water situation is a "crisis" and last week declared an emergency.

"I trust the good men and women of the National Guard will jumpstart the Snyder administration's lackluster response to this public health crisis," Senate Minority Leader Jim Ananich, D-Flint, said in a statement. "Sadly, myself and many leaders of my community have advocated for this type of response for months."

U.S. Rep. Dan Kildee, a Democrat who represents the Flint area, said: "It is the state's ultimate responsibility to act and make it right. Flint residents are the victims in this crisis and they deserve a more urgent response equal to the gravity of this crisis."