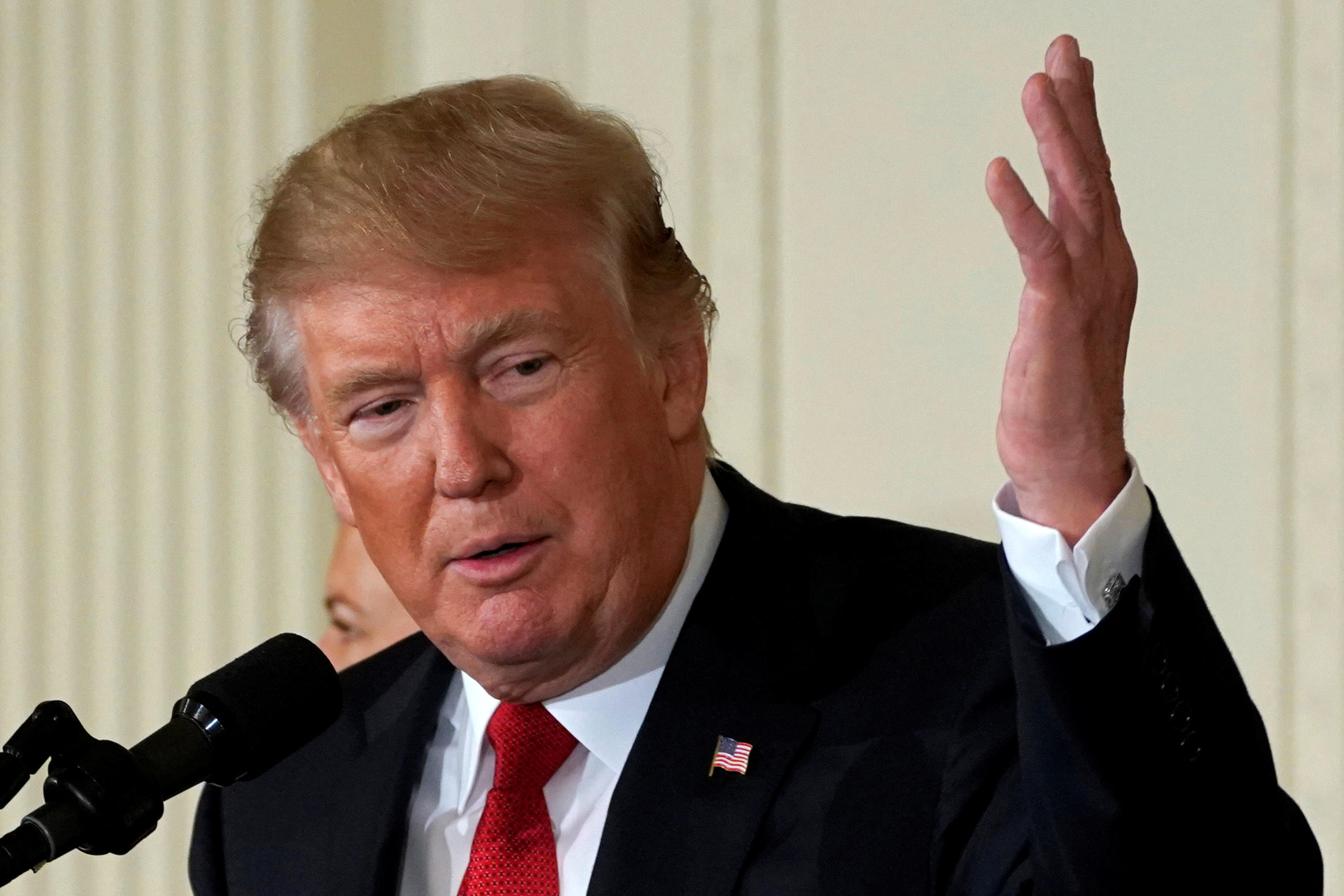 The latest CBS News Nation Tracker finds that most Americans continue to call for deals and cooperation in the back-and-forth between the president and Congress. And that includes many of the president's strongest backers and most Republicans. Some even want to see Congress assert itself more. Most do not want Republicans in Congress to simply do what the president wants.

Between congressional Republicans and the president, only 20 percent of Americans feel that Republicans in Congress should "do what the president wants" because he's their leader. The president's strongest supporters are, perhaps predictably, relatively most likely to say Congress should do what Donald Trump wants. Even then, however, it's not a massive majority, at just 55 percent.

Asked about the so-called "establishment" versus Donald Trump, most of the president's strongest backers say they would take Mr. Trump's side, in general, but the plurality of his softer, more conditional supporters just want them all to work together. The poll found 15 percent of Republicans say they don't see a difference and that things like the "establishment" are just a Washington label.

More broadly, worries about global conflict are widespread, beyond the ranks of the president's strongest backers. Many Americans -- and most of the president's opponents -- feel like the U.S. could be on the path towards another world war. Among Americans overall, 30 percent feel the nation is, and another 48 percent say maybe, so together, three in four feel it's at least a possibility. Just two in 10 say the U.S. is not headed towards another global conflict. The Nation Tracker has looked at the groups of President Trump's supporters and non-supporters since the start of his term. A majority of all groups feel the prospect of another world war rates at least a maybe, and his stronger opponents are the most likely to feel it is.

Most Americans believe the current tax reform proposals would favor the wealthy, and they already believe the U.S. economic system as a whole is favors the wealthy.

The poll found 58 percent of Americans think the current reforms being discussed would favor the rich, while 18 percent think they would favor the middle class. Another 19 percent feel the changes would treat all equally. Among President Trump's strongest supporters, there is a larger view that all would be treated equally, at 40 percent -- but his strongest backers are the most likely of any group to feel this way. His softer, more conditional supporters are more mixed on the effects. A majority of all Americans, including both Donald Trump's supporters and detractors, believed the U.S. economic system generally favors the wealthy right now.

In looking at whether Mr. Trump should do about policies put in place by the Obama administration, Americans push for a pragmatic approach, regardless of their support of Mr. Trump. They overwhelmingly feel that Obama-era policies should be examined one by one, and those that are working should be kept while those not working should be changed. Even President Trump's strongest backers feel this way -- they do not prefer a blanket reversal of everything from the last administration, in principle.

More than two-thirds of Mr. Trump's strongest supporters say he is "draining the swamp." But they are the only group that does; his more conditional backers do not -- 4 in 10 of them say they don't even know what that means. Asked what the swamp is, 8 in 10 of Mr. Trump's strongest backers -- most of whom feel he is draining it -- describe it as government officials who waste taxpayer money, and 6 in 10 describe it as donors and lobbyists, and also as Democratic interest groups.

Overall, the groups of presidential support and opposition haven't undergone any dramatic shifts but have become even a bit more polarized. The ranks of his strongest detractors are up again to 42 percent -- this group has been growing since the start of his term, when it began at 35 percent and was 41 percent this summer. The move over the course of the year has often come from Americans who began the term as willing to consider supporting the President, but who've become ardent opposition. Their numbers are just 16 percent, down from 21 percent at the start and a point lower than this summer. Among supporters, the ranks of strongest backers have gone back up a point to 19 percent while the ranks of conditional backers are down a bit to 22 percent from 24 percent this summer. Overall it shows a small bit of movement within both support and opposition groups toward the ends of the spectrum and away from the middle.

In a stark reminder of how differently supporters and detractors see the world, those who rate things as going great or good for the Administration say that the president's policy achievements are a big part of why. Those who say things are bad say he hasn't gotten enough done, and list things the president says and how he handles himself as a big part of why they think things are going badly.

On North Korea in particular, Americans today continue to think North Korea is a threat that can be contained by the U.S. and its allies. Six in 10 think so, compared to less than one-third that thinks North Korea requires military action soon. Similarly, 6 in 10 think that war with North Korea is still avoidable rather than inevitable.

There are big differences in views of the president's approach, depending on levels of support for him generally. Most of his strongest supporters want him to threaten North Korea, and almost all of them say they're willing to at least tolerate his doing so. Those supporting him more conditionally are more apt to describe themselves as willing to tolerate that, though they don't really want him to threaten the North. In contrast, Americans who do not support President Trump stand strongly against his making threats to North Korea. Americans are also mixed on what the president should do with the Iran deal. Three in ten say they want him to redo it, and almost as many describe themselves as are willing to tolerate it if he does, though they don't really want him to. Four in 10 do not want him to redo the deal.