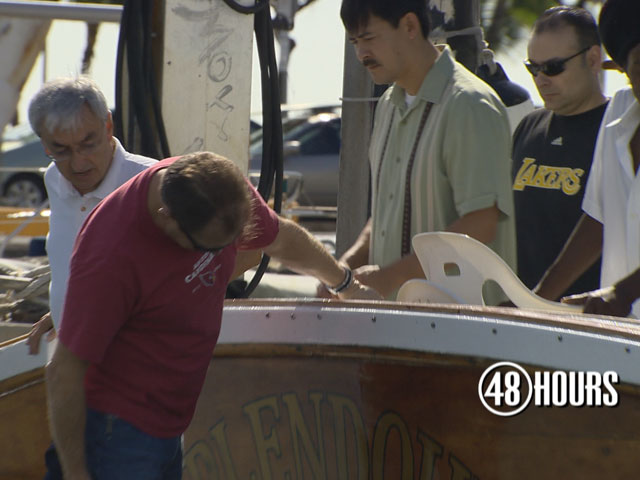 (CBS) LOS ANGELES - Homicide detectives investigating the 1981 drowning death of Hollywood star Natalie Wood have traveled more than 2,000 miles to Honolulu, Hawaii, twice, to visit the Splendour, the vessel where Wood was last seen alive, according to a new report set to air on 48 Hours this Saturday.

The second trip was made with Dennis Davern, the yacht's then-captain, who says actor Robert Wagner, Wood's husband, was having a fight with the actress before she went missing, and delayed the search for her after she disappeared into the water.

Los Angeles County Sheriff's Department homicide detectives combed through the ship - testing the various theories of what happened, according to 48 Hours. Their first trip to the Splendour was made last December. 48 Hours was the only news organization there with the detectives as they continue to investigate her death. The detectives made their second trip, this time with Davern, in July.

This news comes just two months after it was it was first reported that officials changed Wood's death certificate to reflect some of the uncertainties and lingering questions surrounding the actress's demise.

The document now shifts Wood's death from an accidental drowning to "drowning and other undetermined factors."

The amended certificate also now states that the circumstances of how Wood ended up in the waters off Catalina Island in November 1981 are "not clearly established."

Wood was 43 at the time of her death.

Lana Wood insisted her sister was deathly afraid of the water and would never have attempted such a maneuver.

Sheriff's homicide detectives reopened the case last year after they say they were contacted by "persons who stated they had additional information about the drowning."

Wagner has dismissed suggestions that the actress's death was anything more than an accident. In a 2008 autobiography, he recounted drinking with Wood and Walken at a restaurant and on the boat.