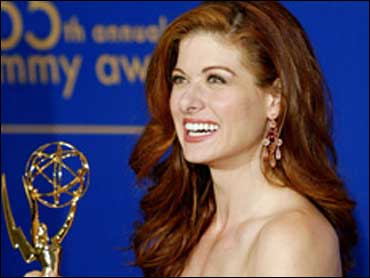 When 60 Minutes first interviewed Anna Rosmus in 1994, she was hated so much in her hometown in Germany that she was known there as "the nasty girl." This was because as a teen-ager, she began research for a school essay about what happened in her town during World War II. The common belief had been that the town resisted the Nazis; the truth dramatically changed her life. Morley Safer recently revisited Rosmus to find out what has happened to her, and to her hometown, since then.

When Safer first interviewed Rosmus in 1994, he asked if she had any suspicions about what she might discover. "No, not at all," she replied. "No idea what I could find, no idea what happened."

Rosmus lived in Passau, a picture postcard of a town of 50,000 on the banks of the Danube. Passau is strictly Catholic. Its great cathedral is part of the heart and soul of every Passauer. Its values are old and homespun. Its food, drink and culture as German as good beer and old-fashioned Oom-pah-pah. Gemutlichkeit is the word for it: coziness. But for more than a decade now, Passauers have not been so cozy, because of the girl with the nasty questions.

"Several of them used even the word 'shut up,' and 'Don't ask any more questions about this time.' 'Don't you think you ask nasty questions?'" Rosmus recalled.

The questions were all about World War II: "What did you do in the war, Passau?" The answers were in vivid black and white in the archives. Back then, Passau took great pride in its Nazi connection.

Rosmus' history odyssey began 13 years ago when she entered a national high school essay competition and chose as her subject: "My Hometown During the Third Reich." Her belief that Passau had resisted was dashed when she found in the archive an old newspaper, one that had been edited by a family friend.

"I couldn't believe it. There was not at all anything about resistance," she recalled. "There were anti-Semitic articles; there were hatred-filled articles, anti-democratic articles."

"What I found was just awful," she said. "The bishop himself told me, 'We haven't had Jews in town, no. Passau was such a small town, we've never seen Jews.'"

But she traced a Jewish woman in New York who knew the bishop very well. "This bishop, Antonius Hoffman, was sitting at the same school bank as she did for years and years in Passau," Rosmus said. "In the same classroom, beside her. These both were sitting together for years"

The woman's family was forced out, as were most of the 400 other Jews of Passau. And all of their property, much of which is now a fashionable shopping mall, was confiscated and "Aryanized."

"The mayor of Passau picked out several of them personally and brought them to the train station and told them, 'Now you have to leave forever," she added.

Her school essay won a prize. It was followed by a book, then two more books. And to Passau's dismay, a movie called The Nasty Girl was made, portraying Rosmus' efforts and the town's anger and faulty memory. It became an international hit in 1990.

The movie also dealt with the obstruction she faced when she sought particular files from the local archives. "At first I had to sue them to get access, then they told me they lost it," she recalled. "It happened over and over again."

"Wherever crimes have happened, I think we have to go for the perpetrators, and we have to find out what happened with the victims," Rosmus said.

She found out about some of the victims. She discovered that no one in Passau wanted to talk about them or about the eight concentration camps in the area - three in town, five in the countryside.

And what shocked her most was what she found out about a memorial to the victims put up by survivors after the war: a little plot hidden by trees with a wall containing six tablets bearing the names of 250 Jews who perished. Today there are no names.

"An official reason was never given," Rosmus said. "They said just at first, 'Therhas never been an inscriptions.'"

She went to Israel and found photographs of the memorial's dedication. Under enlargement, it's just possible to read the names of the dead.

"I asked back, 'What happened?'" she recalled. "The official answer was, 'Well, it must have been the bad weather; all the snow and all the rain in Bavaria (that) washed them out.'"

"Then I asked back to the ministry. 'Sorry, these names haven't been washed of(f) by the snow. These names have been engraved,'" she said. "Then there was the official answer, 'Well, once upon a time, in '57, that's true. We - we gave the order to cut them out.'

With particular bitterness, she took Safer on a stroll through Passau's cemetery, grand and carefully maintained tombstones, a roll of honor of the worthy men of Passau who practically to a man were supporters of Hitler as early as the 1920s.

The movie gave some idea of how the town reacted to her snooping.


In real life, her husband left her. There have been death threats and obscene phone calls. She said she can't let her two daughters go to a playground alone.

What makes Rosmus so controversial is not that she digs into Germany's past - Germans are used to that. It's that she digs into Passau's past. She discovered no major monsters, no Eichmanns or Mengeles - just the little men who committed the little murders and the minor-league massacres that were part of everyday life in this romantic Danube town 50-odd years ago. And the town hates her for doing it.

The townspeople still hate her. Rosmus stood her ground in Passau for almost 14 years, but seven months after that broadcast, she decided to leave Germany. She now lives in a suburb of Washington, D.C. But this did not spell the end of research into Passau's past.

"I moved here to find out what happened i my hometown," Rosmus says. "I came here to be closer to survivors, to the GIs, to collect information."

She seems almost a woman possessed. Since CBS News' first story, she has published five more books on the Holocaust and has plans for three more. She lectures, regularly meets with the young men, now old men, who liberated Passau. She burrows into every Washington archive, trying to thread together the Passau of a half a century ago.

Is she still the nasty girl?

"After so many years, so little things change," she says. "And I am still convinced, if I keep going, if I do persevere a few more years, well, probably 10, 20 more years to go. Slowly, very slowly, but I - I am able to do something to change something for the better. And it needs to be done."

One of the first things she wanted to change was that memorial just outside of Passau in the tiny town of Pocking. After the war, the German government agreed to preserve all of the memorials to victims of the Holocaust. But Rosmus says the regional government of Bavaria gave the order not only to get rid of all the memorials, but to sell all Jewish cemeteries.

"They all were sold off to farmers," she says. "They built their weekend cottages on top of the cemeteries, on top of the bodies of murdered children and so forth. And the only Pocking memorial that was remaining in the whole region, it remained because it was so huge and so famous in '57 that it was impossible to destroy it."

For several years Rosmus tried to get the town to put the names of the victims back. In May 1995, to commemorate the 50th anniversary of the liberation, Rosmus, along with survivors and liberators, decided to do something about it.

"We went there with black charcoal. We rewrote all the names. And we marked all the stars of David once again, to make it visible, what it once looked like," she says.

At the same time that Rosmus' unofficial ceremony was going on, the leaders of Passau had planned their own celebration to honor victims of the Holocaust; among the victims they included members of the S.S.

"The city of Passau had formally urged the Jewish community of lower Bavaria to participate - in what they call ecumenically - in the S.S. ceremony, which I think was worse than just disgusting," Rosmus recalls. "It was outrageous. I thought it was an assault."

"You know I can't just stand by. It would not be tolerable for me to just stand by silently and do nothing," she says.

No one could ever accuse Rosmus of standing by silently. Twenty years after she began, she says there's been little change in Passau's attitude.

An example is the resistance to her campaign to get street names changed. "All of Germany and Austria, too, are covered by streets and buildings dedicated to vicious war criminals," she declares.

One in particular is in Passau: Schronghamer Street Explains Rosmus: "Schronghamer was a vicious anti-Semitic poet, very beloved by the local people, who claimed among many other things, the Jew lacks all kind of creativity, unlike the Aryan. He just exploits others."

So she wanted to change the name. "We have to get rid of those things. This is a piece of mentality we should not be keeping," Rosmus insists.

The people who lived on the street protested; they wanted to keep the name.

"He is part of them," she says. "They wanted to hold on to him. He was a patriot, just they are patriots. It's unbelievable and after 11 years, finally I could convince the city counsel."

"And now I've filed already a bunch of other ones," she says, laughing. "If they rename the one, they cannot hold on to the others."

The one-woman campaign has grown to encompass her daughters, 17-year-old Nadine and 14-year-old Kay.

"It really is a teamwork (effort), since many years. And I think it does not hurt them to look at those harsh documents," she says. "They are bright kids. And I think kids absorb a lot of information. Probably better if it comes from original documents than from a preaching mommy."

"They know what I'm doing. And they support it a lot. Without them I could never have done it," Rosmus says.

Where does she envision herself years from now? Will she still be fighting this fight?

"No. I don't hope so," Rosmus says amid laughter. "I hope to finish at some point, a few years from now. But, of course, if you would have asked me 20 years earlier, 'Where are you 20 years from now? ' I would have told you, 'Oh, it's just an essay competition. In a few months, it's done.'"