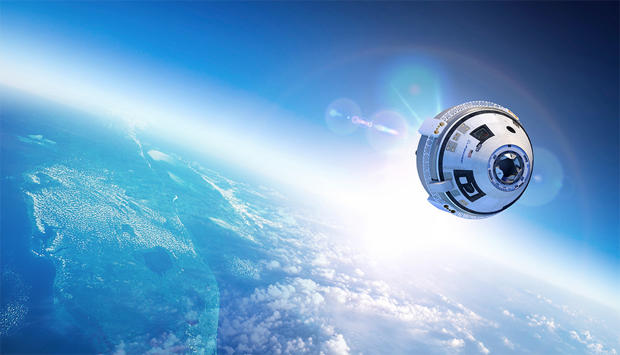 On the eve of announcing the first crews to blast off aboard commercial crew capsules being built by Boeing and SpaceX, NASA posted updated launch targets Thursday that, as expected, push the first piloted flights to the spring or summer of 2019.

In a blog post, NASA said SpaceX plans to launch its Crew Dragon spacecraft on an unpiloted test flight in November. The capsule will be blasted into low-Earth orbit atop a SpaceX Falcon 9 rocket, autonomously dock with the International Space Station and then return to Earth with an ocean splashdown.

If no major problems develop, SpaceX could be ready to launch another Dragon, this one with a crew on board, in the April 2019 timeframe.

Boeing, which is working to correct problems discovered during a recent test of its capsule's abort system, plans to launch its CST-100 "Starliner" capsule on an unpiloted test flight late this year or early in 2019 using a United Launch Alliance Atlas 5 rocket. The first test flight with a crew on board is targeted for "mid-2019," NASA said.

In both cases, again assuming no major problems crop up, operational flights to ferry astronauts to and from the space station would begin after the test flights are complete, ending NASA's sole reliance on Russian Soyuz spacecraft to carry U.S., European, Canadian and Japanese crew members to the lab.

The final currently contracted seat for a NASA astronaut aboard a Soyuz is on a flight scheduled for takeoff from the Baikonur Cosmodrome in Kazakhstan in July 2019.

"To meet NASA's requirements, the commercial providers must demonstrate that their systems are ready to begin regular flights to the space station," NASA said in its blog posting. "Two of those demonstrations are uncrewed flight tests, known as Orbital Flight Test for Boeing, and Demo-1 for SpaceX. After the uncrewed flight tests, both companies will execute a flight test with crew prior to being certified by NASA for crew rotation missions."

NASA plans to announce the astronauts who will make the first flights aboard the Dragon and CST-100 during a presentation Friday at the Johnson Space Center.

Four veteran astronauts -- Eric Boe, Douglas Hurley, Sunita Williams and Robert Behnken -- were named earlier, but they were not assigned to specific missions or spacecraft. An unknown number of additional astronauts is expected to be named Friday.

The commercial crew program grew out of a NASA-funded competition that began in 2011, the year the space shuttle completed its final flight. On Sept. 16, 2014, the agency announced that Boeing and SpaceX would share $6.8 billion to develop independent space taxis, the first new U.S. crewed spacecraft since the shuttle.

SpaceX, under a $2.6 billion contract, is modifying its Dragon cargo ship to fly unpiloted resupply missions and to carry astronauts. They will launch atop the company's Falcon 9 rockets from pad 39A at the Kennedy Space Center, the same pad, now extensively modifiled, that was once used by shuttles and Saturn 5 moon rockets.

Boeing is building a more traditional Apollo-style capsule under a $4.2 billion contract that would use parachutes and airbags for ground landings in the western United States. The Boeing CST-100 will fly atop ULA's workhorse Atlas 5 rocket from pad 41 at the nearby Cape Canaveral Air Force Station.