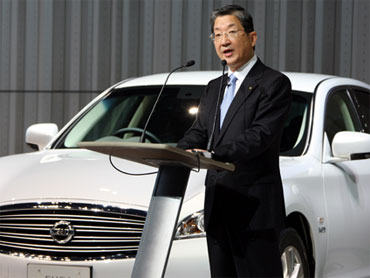 After 2 1/2 two years of frustrating setbacks and delays, NASA officially set July 13 as the launch date Thursday for the first space shuttle flight since the Columbia tragedy.

NASA Administrator Michael Griffin announced the news after a two-day space agency review of Discovery's readiness to blast off.

"Based on a very thorough and very successful flight readiness review, we're currently 'go' for launch of Discovery on July 13," Griffin said.

The launch would be the first mission since Columbia broke apart during re-entry on Feb. 1, 2003, killing all seven astronauts aboard.

"We look like we're in pretty good shape," Griffin told the House Science Committee. "Based on what I know now, we're ready to go."

Griffin said the preparation schedule for launching Discovery had "several days of slack" between now and July 13, suggesting the agency could still make that date even with some minor surprises.
Top shuttle managers are conducting a flight-readiness review this week.

Griffin sounded undeterred by the findings issued by a task force that said some of the most important long-term safety goals for shuttle flights have not been adopted.

After meeting Monday night, the task force concluded that the space agency still does not fully comply with three of the toughest safety improvement recommendations from accident investigators in 2003.

The task force determined that NASA has put off long-term improvements to the shuttle's thermal shielding, thus failing to improve its ability to make emergency repairs in space. The group also acknowledged that delaying a summer launch a few months would not significantly reduce the risks of such space flight.

Columbia crashed after a suitcase-size chunk of insulating foam tore off its external fuel tank during liftoff and pierced the left wing, damage that proved fatal when the spaceship returned to Earth's atmosphere.

The shuttle program's planned return to space in May was scrubbed over concerns about possible ice buildup on a fuel tank.

Griffin, the agency's 11th administrator, was greeted warmly by lawmakers who warned him that NASA faces tough decisions ahead on how to balance its long-term plans of retiring the space shuttles, conducting further work on the international space station, creating a new manned space mission vehicle and beginning the work on a mission to Mars.

"NASA can barely give a definitive answer to a single question about its programs. That is not, believe it or not, a criticism," said Boehlert.

Aside from the scientific and budgetary challenges facing NASA, the lawmakers also wrestled with a looming geopolitical roadblock to U.S.-Russia cooperation on the International Space Station.

The Iran Non-Proliferation Act would effectively bar U.S. astronauts from staying on the space station after April 2006. The bill, passed in 2000, had aimed to prevent Russia from helping Iran expand its nascent nuclear program.

The measure has clearly failed, said Rep. Dana Rohrabacher, who blamed both the previous and current administrations for not making effective overtures to the Iranians.

"It was a worthy effort at the time," Rohrabacher, R-Calif., said of the law. "The strategy has, however, not worked."