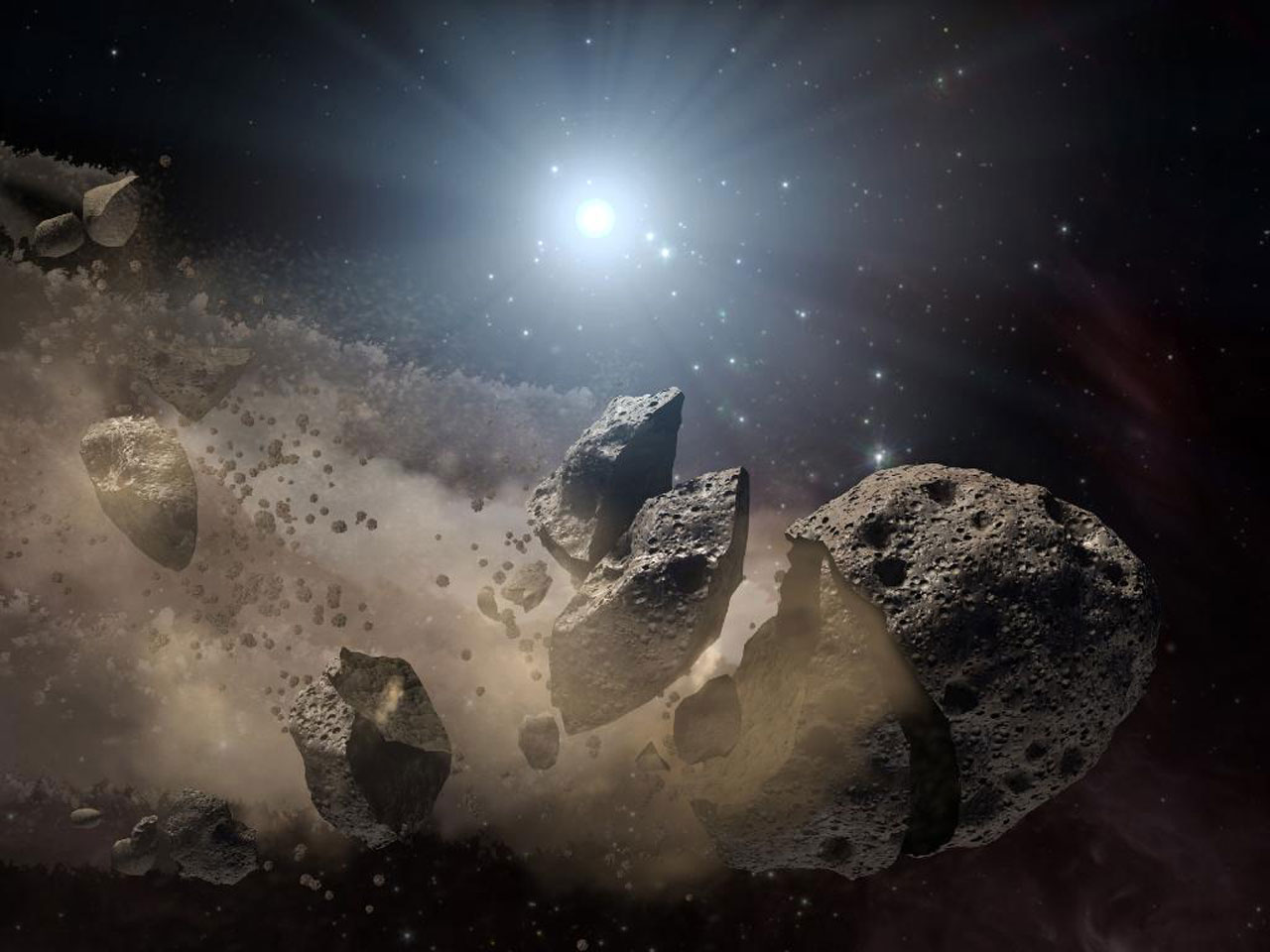 But the majority of the nearly 20,000 bodies between 330 and 3,300 feet wide have not yet been detected and it's not yet clear whether a reduced population also means a reduced number of mid-size asteroids in orbits that could pose a threat to Earth.

"We find that there are fewer near-Earth asteroids out there," said Amy Mainzer, principal investigator with NASA's NEOWISE program. "However, it's very important to note that fewer does not mean none. And there are still tens of thousands that are out there that we need to find."

Using NASA's Wide-Field Infrared Survey Explorer -- WISE -- space telescope, researchers conducted a census of near-Earth objects, or NEOs, orbiting within 120 million miles of the sun. Scanning the entire sky twice between January 2010 and February 2011, the NEOWISE project observed more than 100,000 asteroids orbiting between Mars and Jupiter and nearly 600 that pass near Earth.

"With NEOWISE, we didn't go out and find every single asteroid that's out there, but we got a good representative sample, kind of like doing a census where you take a poll of a small subset of people that you think is representative of what everybody thinks," Mainzer said. "And so, that's what we've been able to do with NEOWISE."

She said the NEOWISE data, along with surveys conducted by ground-based instruments, show that more than 90 percent of the so-called "planet busters" six-tenths of a mile across and larger have now been identified, meeting a goal set by Congress in 1998.

Previous estimates put the population of large near-Earth objects at around 1,000. The NEOWISE survey indicates the actual number is around 981, of which 911 have been detected, including all of the very large bodies like the six-mile-wide asteroid that is believed to have wiped out the dinosaurs 65 million years ago.

Earlier surveys indicated a population of up to 35,000 mid-size near-Earth asteroids. The NEOWISE data indicate the actual number is more like 19,500. Even so, impacts by mid-size bodies could wreak widespread havoc and researchers said additional work is needed to identify potential threats.

"Because of the orbital dynamics, the relative speed at which these objects would hit the Earth would be on the order of tens of miles per second, so that's a lot of energy to be dissipated in an instant," said Lindley Johnson, Near-Earth Object program executive at NASA headquarters.

"It is quite a large area that would be damaged by the impact of a hundred-meter object, something on the order of a metropolitan area. If, say, one were to hit in the middle of the (Washington) DC area, it would pretty much devastate the entire area within the Beltway."

The WISE project has also been trying to figure out which asteroid cluster might have been responsible for the extinction of the dinosaurs.

In a press release, NASA stated: "While scientists are confident a large asteroid crashed into Earth approximately 65 million years ago, leading to the extinction of dinosaurs and some other life forms on our planet, they do not know exactly where the asteroid came from or how it made its way to Earth. A 2007 study using visible-light data from ground-based telescopes first suggested the remnant of a huge asteroid, known as Baptistina, as a possible suspect."

Further studies, however, cast doubt that Bapstistina was the dinosaur killer.