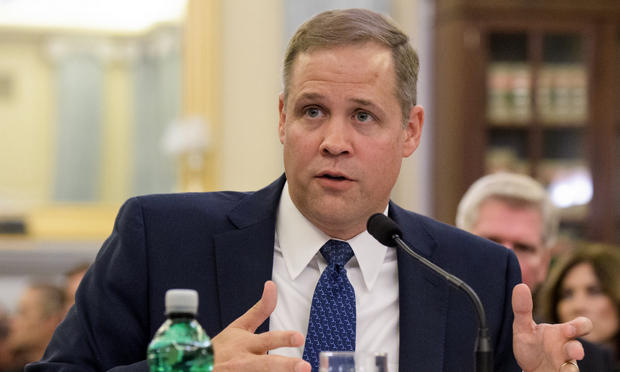 While speaking at a National Space Council meeting at the White House in June, President Trump called for a "space force" to be added as a sixth branch of the military.

Bridenstine, a former Navy pilot and former U.S. congressman, served on the Strategic Forces Subcommittee, a branch of the Armed Services Committee that deals with America's space capabilities. He said, "space has become congested, contested and in some cases hostile. And it has become very dangerous."

As NASA administrator, Bridenstine serves on that council. "This president has been very aggressive in trying to reestablish America as the preeminent nation in space," he said.

Last year the Senate rejected a plan created by the House to implement a "Space Corps." But according to Bridenstine, Mr. Trump "doesn't want a corps, he wants a force. He talks about it as being a separate force, equal in stature than the Air Force."

While NASA is America's civil space agency, it has no involvement in the security aspects of space. Bridenstine's role on the National Space Council makes him particularly interested in funding to improve space security and exploration.

The "space force" intends to organize, train, and equip people in the interest of space-related national security. It could, eventually, lead missions to other planets, including Mars.

"When you think about jamming and dazzling - dazzling is using laser energy to try to confuse or make our satellites not be able to see or hear - jamming, dazzling, spoofing, hacking. All of these things are affecting space in ways that make it very dangerous."

According to Bridenstine, countries who are hostile toward America are taking measures to interrupt U.S. technology in space.