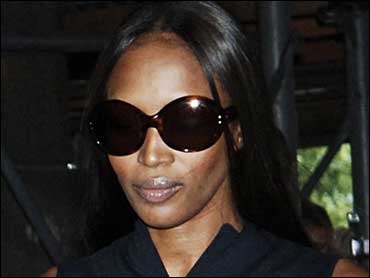 Naomi Campbell was sued Thursday by another former employee, this one a young Florida woman who claims the supermodel abused her verbally and physically on three continents.

Amanda Brack, 20, of Fort Lauderdale, Fla., accused Campbell of assault, battery, false imprisonment and infliction of emotional distress in incidents that started a month after she began working for her in February 2005, court papers say.

Brack's lawsuit was filed while Campbell, 35, was in plea negotiations with Manhattan prosecutors about an unrelated assault charge. Campbell was accused of throwing a cell phone at one of her employees in January in a dispute over a missing pair of jeans.

Campbell has called that allegation "completely untrue." But the housekeeper, Ana Scolavino, was treated for an injury to the back of her head, and prosecutor Shanda Strain announced that she and the model's lawyer were in plea talks.

Brack's lawyer, Gerald McCarthy, said his client and the model met in Paris in a nightclub ladies' room where Campbell was upset about a "costume malfunction." He said Brack helped and impressed the model, who then asked Brack to work for her.

McCarthy said Campbell assaulted his client in several incidents that occurred in 2005 in Brazil, Morocco and in Campbell's apartment on Park Avenue in Manhattan.

McCarthy said his client stayed with Campbell as long as she did "because she was starstruck." He said the model would take his client with her to meet and hang out with the rich and famous and Brack was impressed with the lifestyle.

McCarthy said a July 2005 incident was the last straw. He said Campbell said something that made Brack believe the model thought she was stealing from her and Brack quit a few days later.

A spokeswoman for Campbell did not return a call and an e-mail requesting comment Thursday.

The volatile Campbell has a history of problems with her employees. In 2003, she was sued by a former administrative assistant who said Campbell had thrown a phone at her during a tantrum in Campbell's apartment two years earlier.

In August 2004, in the same apartment, Campbell and her maid battled it out, with the worker claiming the supermodel slapped her across the face. Campbell accused the maid, Millicent Burton, of instigating the fight.