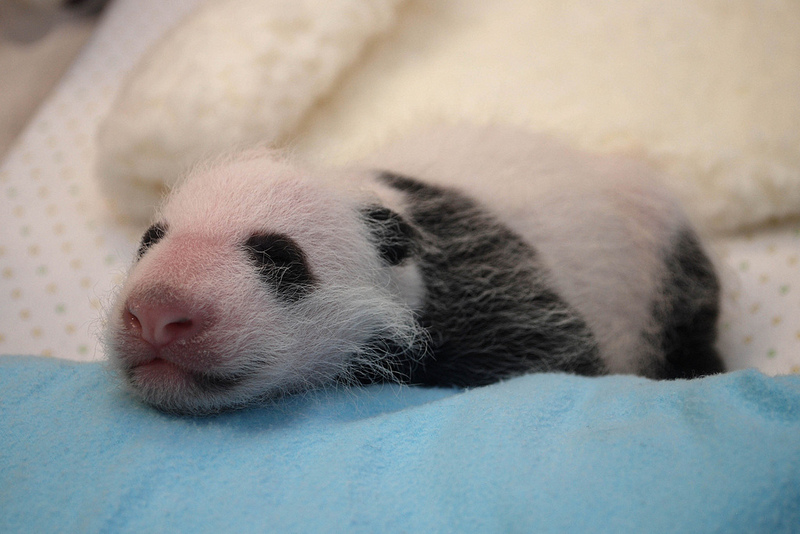 Is the National Zoo's newest panda cub a delicate flower or a charming dragon, a precious treasure or a good luck charm? Fans now have the chance to decide, as the National Zoo is asking the public to help name the female cub.

On Aug. 23, giant panda Mei Xiang gave birth to the cub. Its first few months have been tracked by the zoo's enormously-popular panda cams. The cameras were there as she got her first check-up and when she learned to crawl.

Fans tuned in as she grew from a little, all-white peanut into a lively cub with the trademark panda patches on her fur.

There was a brief viewing hiatus, as the government shutdown left the panda cams dark -- and fans in near hysterics -- but when the shutdown ended, viewers flocked right back to get their daily dose of panda adorableness.

On Dec. 1, when the cub is 100 days old, she will receive a name. The 100-day naming ceremony is in keeping with Chinese tradition.

The zoo provided five potential names for fans to vote on:

Long Yun (pronounced long-YOON), combining Long, the Chinese symbol of the dragon, and yun, which means charming. Combined this represents a sign of luck for panda cooperation between China and the U.S.

Mulan (moo-LAHN), a legendary young woman, a smart and brave Chinese warrior from the fifth century; it also means magnolia flower in Chinese

Voting opened on Smithsonian.com on Nov. 5 and continues through Nov. 22.