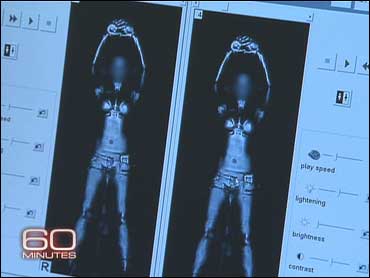 Early Tuesday, 100 images of full body scans taken in a Florida courthouse by U.S. Marshalls were leaked online and sparked rumors that the Transportation Safety Administration would also be saving (and therefore potentially leaking) naked images of random passengers from airport screening lines across the country.

Not true, says a TSA spokesman.

"The (body image scanning) technology is sent to the airports without the ability to save, transmit or print the images," said Greg Soule, TSA spokesman, in an interview with CBSNews.com. "At airports, the images are examined by a security officer in a remote location, and, once the image is cleared, they're deleted."

The confusion over whether the TSA will be saving basically naked body images taken in airport security lines is based on the fact that some other police agencies -- like the U.S. Marshalls for example -- have saved body scan images. Soule insists, however, that the TSA does not, nor will they ever, do so.

Even in the case of a TSA agent discovering weapons or other hazardous material on a passenger through the body scan, the image is still not saved for use as evidence, Soule said.

"The anomaly on the passenger would be resolved at the checkpoint with the security officer who is working with the passenger," Soule said.

The rumor has gained legs based on an emergency injunction filed against TSA by the Electronic Privacy Information Center, a consumer rights group. In the injunction, EPIC claims to have "obtained evidence that the devices are designed to store and record images."

Soule says EPIC makes that claim because the imaging machines used in the TSA Atlantic City testing lab are designed to store images for training purposes, but that those are the only machines that can do so.

Enhanced screening techniques in airports have come under increased public scrutiny. Reports of potential health hazards from the X-Ray technology in some of the scanners have surfaced. John Tyner has become a mini-celebrity for telling a TSA agent he better not touch his "junk" during a pat-down after refusing to go through the body scanner.

The increased security at airports comes in part as a response to the attempted Christmas Day bombings last year, as well as a massive infusion of stimulus money to the TSA. Despite the public uproar, 81 percent of respondents in a recent CBS News poll say they are in favor of full-body X-rays.