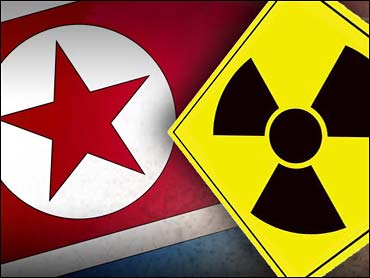 On Tuesday, China's U.N. ambassador said that six-party talks on North Korea's nuclear weapons programs are likely to resume in the next few weeks in Beijing.

Ambassador Wang Guangya told reporters it would be better if they could start by the end of June.

The talks are "the best way" to resolve the nuclear standoff, he told reporters, adding that he was hopeful progress will be made.

"North Korea's agreement to return to the six-party talks takes the pressure off the United Nations and avoids a contentious debate about sanctions," reports CBS Foreign Affairs Analyst Pamela Falk from the U.N.

The multilateral talks involving North and South Korea, the United States, China, Japan and Russia have been stalled since last June. Since then, North Korea declared it has nuclear weapons, claiming they are a deterrent against a possible attack by the United States.

"The agreement to return to six-party talks is also seen here as resulting from pressure that came from both Washington and the Non-Proliferation Treaty (NPT) debate last month, from which North Korea withdrew two years ago," said CBS News Foreign Affairs Analyst Pamela Falk.

Wang welcomed the announcement in Washington of the resumption of the talks following a meeting in New York on Monday between senior North Korean diplomats and State Department officials.

"That's good," he said. "I'm not surprised. Ever since last year when they had the last session my government has always been working for the resumption because we always believed that these talks of the six-party track is the best way."

Asked when the talks will resume, he replied, "I think that it will be pretty soon. All sides are working on this."

Did pretty soon mean within a month?

"I think it's in the next few weeks," Wang said.

Did that mean before the end of June?

"It will be better, yes," he replied.