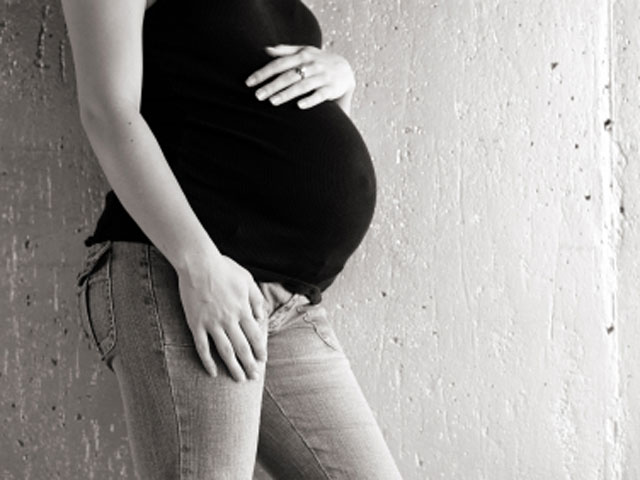 (MoneyWatch)Dear Evil HR Lady,
I have been employed with my company for 7 years now. I notified my employer I was pregnant this February. I am due to take leave August 15th. My employer came to me last week saying he needs to talk to me about my future with the company and my intentions after pregnancy. I assured him I expect to return full time after my leave is over. The next day he said my position is being terminated. He said they are hiring an IT person at our corporate office to take my current job. He also stated I may have an opportunity to come back full time next year, depending how the company is doing. He then offered me a severance package of 8 weeks pay and Cobra. I did not accept this offer. The next day he came back and offered me 8 weeks pay plus paid health insurance til the end of the year. I still did not accept his offer. I said I need to think about it all and I will get back to him on what I think is fair.

The severance package I want is severance and paid health insurance til the end of the year and I do not want to negotiate this. My fear is they will try to negotiate my severance down.

Since I have been employed with the company, every pregnant woman has been let go. I feel if they do not give me what I want, I should mention this fact. Not to mention I thought it was illegal to let a pregnant woman go, then hire a replacement.

My first question is, has every pregnant woman been terminated, or do you just notice and take note of the women who were terminated without thinking about the ones who weren't? Sit down and make a list of every woman who has been pregnant over your tenure in the company. I realize this list will be nowhere near complete as you don't know every woman at the office. Which ones were terminated? All? Some? 2 out of 10? The answer to this question is important.

Now, if your list shows that numerous women were terminated, then it gives more credence to your claim that this is because of pregnancy than it does if really there were only 2 women who were terminated during pregnancy and one of those had been caught stealing computer equipment. If the latter is the case it doesn't mean your termination isn't illegal, but it doesn't show a pattern. And, transferring a job to a corporate office is neither uncommon nor illegal. Your company will argue that your pregnancy had nothing to do with it. (If they were terminating you and hiring someone in the same office it would be patently illegal -- transferring the job gives it the appearance of legality.) It's clear that it wasn't based on your performance because of the statement that you would be eligible for rehire.

But, if your list shows a pattern of terminating pregnant women, then absolutely bring it up in your severance negotiations. After all, what is the worst that can happen? They'll fire you, which they are already doing. You do not have anything to lose here by bringing this up.

And call an attorney. You can also go to the EEOC for help, but you're more likely to get a quick response from an attorney. (The EEOC will be free, but they will be of no help on a severance negotiation.) You want one that specializes in employment law: Not the same attorney who wrote your will and helped you close on your house. Employment law is a specialized field. You should be able to get an inexpensive evaluation of your case (and in many cases, free), where the attorney will look at your situation and tell you if she thinks you have a case.

Regardless of whether the attorney thinks you have a case, do not sign anything without an attorney reviewing your paperwork. Your manager may verbally tell you that you're eligible for rehire, but there may be language in the agreement that prevents you from being rehired. There may be a non-disparagement clause in there for you (prohibiting you from badmouthing the company) without a corresponding one for them. It is worth the few hundred dollars it would cost to have this professionally reviewed.

Once you have signed (and the deadline for revocation, if applicable, has passed) you will have given up your right to sue for wrongful termination. Therefore, you really need to be sure of what you are signing. It's a one and done thing.

You're smart to negotiate. Even if the company refuses to budge and you either don't have a winnable case or you don't want to go through the hassle of a lawsuit (they take forever and are emotionally and financially draining), you've already raised your termination benefits by a substantial amount.

Why I hate Salary.com's 'What's a mom worth' survey
Suzanne Lucas