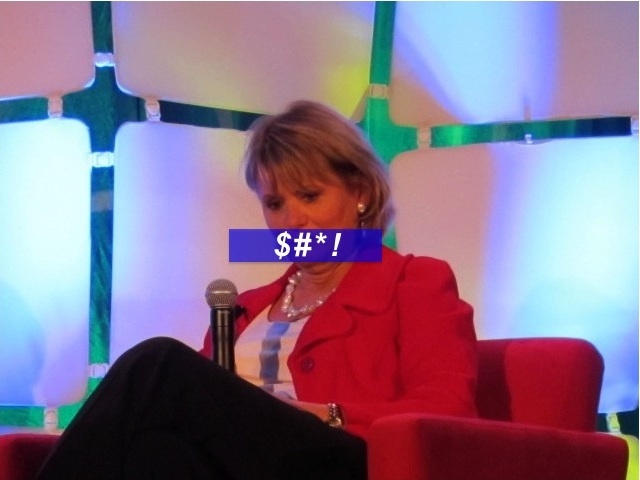 (MoneyWatch) COMMENTARY Is it okay to curse at work? The short answer is sure, why not? The long answer is another story entirely. It depends on a lot of factors, such as where, in what situations, how frequently, how does it fit with your company's culture, and is that the image you want to project?

Before we get into when colorful language is and isn't okay at work, let me give you a little background. I grew up on the streets of Brooklyn, where cursing was a way of life. I could probably teach a class on cursing in inner city pop culture, if there were such a thing.

In the high-tech industry, I found a pretty mixed bag when it comes to colorful language. Some people were famously foul-mouthed, some never swore, and there was a whole bell curve of gray in between. In any case, it was pretty well accepted, back in the day.

Political correctness is childish -- time to grow up 10 things you should never say at work
It's not just what you say, but how you say it

But as I climbed the corporate ladder and now, looking back on it, I see things quite a bit differently. Of all the successful CEOs, executives, VCs and entrepreneurs I've worked with over the decades, most were good communicators who expressed themselves quite well. They rarely cursed and, when they did, it was with good reason and in reasonable situations. In other words, it never seemed out of place, unprofessional or off-putting.

With that in mind, here are four factors to help you determine how to walk that fine line when it comes to using foul language at work and in business.

Inside the four walls of the workplace -- meaning offices, conference rooms and internal meetings -- it's generally not that big an issue. In public, however, when you're representing yourself and your company in conferences, media events, press interviews and customer meetings, I think it's a bad idea.

For example, when former Yahoo (YHOO) CEO Carol Bartz dropped frequent -- and infamous -- curse words in public, that became the story and overshadowed anything she was actually trying to communicate. Not a great result. As for customers, it's a global market with all sorts of cultures and communication challenges. You're better off toning it down.

Even in the relative privacy of your company, when you open your mouth, you want people to listen, understand, and at times, be motivated by what you have to say. To be an effective communicator, you do not want the method of communication to be awkward or off-putting, and you definitely don't want that to be the takeaway your coworkers or employees remember from their interaction with you. How you say things matters, and you want it to enhance your message, not detract from it.

Actually, when used sparingly and in the right circumstance, cursing can be an effective communication tool. Just don't overdo it.

Now more than ever, some company cultures just don't condone aggressive behavior, controversial language, whatever. They're very PC, thin skinned and easily offended. I'm not a fan of that, but that doesn't change the fact that companies like that exist, and if you want to have a successful career there, you've got to get with the program or go somewhere else.

If you've got a raucous or caustic personality and are looking for a compatible workplace, you should probably ask about the company culture in the interview process.

If you're climbing the corporate ladder and aspire to lofty heights in your career, you should consider what image you'd like to project. Sure, there's plenty of cursing in boardrooms all across America, but it rarely sounds like an episode of "Jersey Shore." All things being equal, some amount of cursing is generally accepted and tolerated, but you don't want it to define you. And it doesn't really enhance your executive presence, that's for sure.