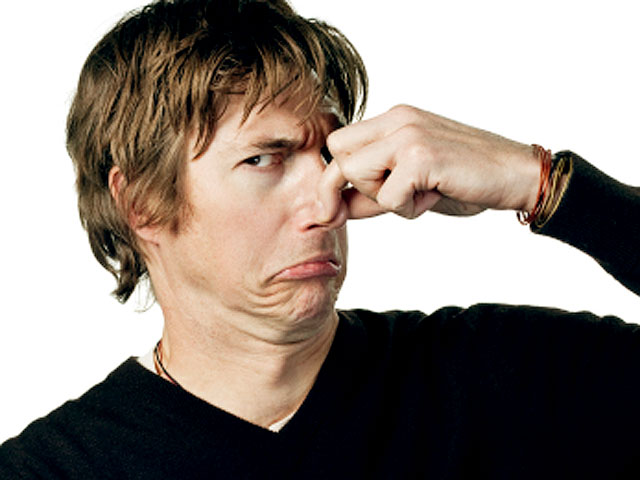 I have been employed by my company for 11 years and prior to this year have not had any complaints. This year a fellow co-worker started accusing me of first, smelling like my dogs. When she "thought" I got rid of my dogs she started complaining of other smells. When I figured out who was complaining, the HR director stepped it up and got two different department directors involved. Now the HR director is telling me that these two directors are smelling trash, wet clothes that laid in the dryer too long, etc. This is absolutely not true.

She has met with me at least seven times this year, all on the same subject. I was even sent home. I have professionals that I work with that say that none of it is true. How do I defend against two directors and this nagging HR director? I also got written up for smelling. How does one defend against this? I'm at my wits end. Any help or advice would be great. I live in Florida.

There are two possibilities here: 1. At least 4 people in your company are nuts. (The original co-worker, the two directors and the HR director). 2. You smell bad.

If number 1 is the case, no amount of meetings, showers or insistent proclamations that you do not smell will work. It's time to move on. Start networking and find yourself a new job, before you get fired. And could they fire you? I checked with Donna Ballman, an employment attorney in Florida and author of the book, Stand Up For Yourself Without Getting Fired. She said:

In general, firing someone for smelling bad is legal. Florida, like all states but Montana, is an at-will state, meaning an employer may fire employees for any reason or no reason at all. Employees can be fired for smelling bad, because the employer doesn't like the color of their shirt, or because the supervisor is in a bad mood.

Now, in practice, most companies don't fire people for the color of their shirts (although some do), but most people will see that having someone in the office that needs some Febreeze could be problematic. There are some protections that are possible, according to Ballman, if any of the following situations apply to you:

Sex discrimination: If males who smell bad (think sweaty workmen, men who also own dogs or pets, or men who douse with aftershave) and you are being held to a different standard, then it might be sex discrimination.

Other discrimination: If other employees who have unpleasant or strong scents are not being singled out and you are, then make note if they are of a different race, age, religion, national origin or some other protected status than you. If so, it might be another type of discrimination.

Retaliation: If the trouble over scents started shortly after announcing a pregnancy, disability, or need for FMLA [Family Medical Leave Act] leave, after making a worker's compensation claim, or after objecting to an illegal practice of the company, then there might be some type of illegal retaliation occurring

From what you've said, I suspect none of these apply to you. So, if they are crazy, or mean or vindictive, you should work on getting out of there as soon as possible. It's easier to find a new job when you have one. Plus, most new jobs won't ask for a reference from a current employer.

However, I think you need to consider that it's possible that you do smell. It's very unusual for people at work to say this about someone who doesn't smell bad. In fact, it's more likely that they wouldn't say anything even if you did smell. Most people find this kind of conversation so incredibly embarrassing that they prefer to suffer with the smell rather than say anything. The fact that four people are saying something leads me to believe there is a possibility of truth here.

Call up a long time friend, preferably one who lives close by but hasn't spent a lot of time with you. Ask her to do you a huge favor. You need her to come to your house and tell you truthfully if she smells anything. Explain the situation at work and that you are perfectly willing to do what it takes to get rid of any smells, but you cannot smell them. (This is not unusual. We often become immune to things we are around.)

And at this point, if your friend says anything that could possibly be construed as smelling, believe her. For instance, "Well, no, [pause] I don't really smell anything," means, "I do smell something, but I sure as heck don't want to say anything," or, "Well, you certainly have dogs!" means, "Holy cow woman, get the dog pee scent out of your carpet!"

Friends are nice. That's why they are friends. But they should also want what is best for you.

If your friend indicates any smell at all, then you need to do what it takes to eliminate it. This may mean professional carpet cleaning, a trip to the laundromat to wash and dry all your clothes in one fell swoop. It may involve going to a doctor and getting a physical to determine if there is anything physically wrong with you. Your dogs may need to be bathed more regularly, your hair washed daily, and your sweaters dry cleaned.

If your friend honestly says there is absolutely nothing in your house that stinks, including stinky cheese in the fridge, then you know that they are just nuts. And it's time to search for a new job in earnest.

Have a workplace dilemma? Send your question to EvilHRLady@gmail.com