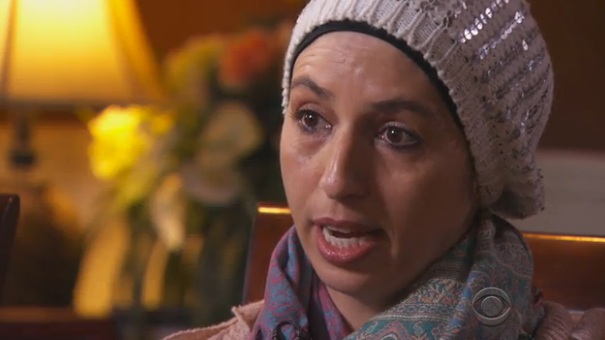 SAN BERNARDINO --This weekend, FBI divers wrapped up their search of a lake in San Bernardino, California. Investigators won't say if they found evidence possibly dumped there by terrorists who killed 14 people, and injured nearly 20 others.

Even so, some Muslims in the community where the attack occurred fear a backlash against them.

Since the San Bernardino shooting, Rania Elbanna has changed the way she covers her hair so she looks less Muslim.

"Instead of the traditional way, I started wearing hats, so that way I can blend in to minimize any possibility of someone retaliating or saying something to me," she said.

As a mother of five, who lives just three miles from the scene of the shootings, she was already concerned about the safety of her family. Then, she learned the attackers were Muslim.

"When I knew the name of the shooter I was devastated," said Elbanna. "The first thing I did was I end up writing an email to all the principals of my kids' schools. Letting them know that I am a Muslim, we are a Muslim family, that we condemn these kinds of attacks."

Since the Paris attacks, there have been several attacks on Muslims.

A pregnant Muslim woman was assaulted in San Diego on November 18. The next day, two airline passengers were ordered off a flight in Chicago after a passenger heard them speaking Arabic and felt threatened. And after the San Bernardino massacre, a copy of the Quran, filled with bullets, was left outside an Islamic clothing store in Southern California.

On Friday, it was the firebombing of a mosque in Coachella, 70 miles from San Bernardino. Police have arrested a 23-year-old man for arson, and committing a hate crime.

Elbanna has decided her best defense is not to hide, but to show the true nature of her religion, beginning with covering her hair.

"Now I feel that I am more determined to keep it on," she said. "And letting everything know what the Muslim community is all about and I feel I have that tool and I should use it."

Elbanna said she cannot think of any place on Earth that she would rather be in other than the United States.

"This is my country as much as anybody else who are Americans," she said.

For this Muslim-American family, the message is that they are as united in grief over the attack that took place in San Bernardino, and just as outraged, as any other American family.