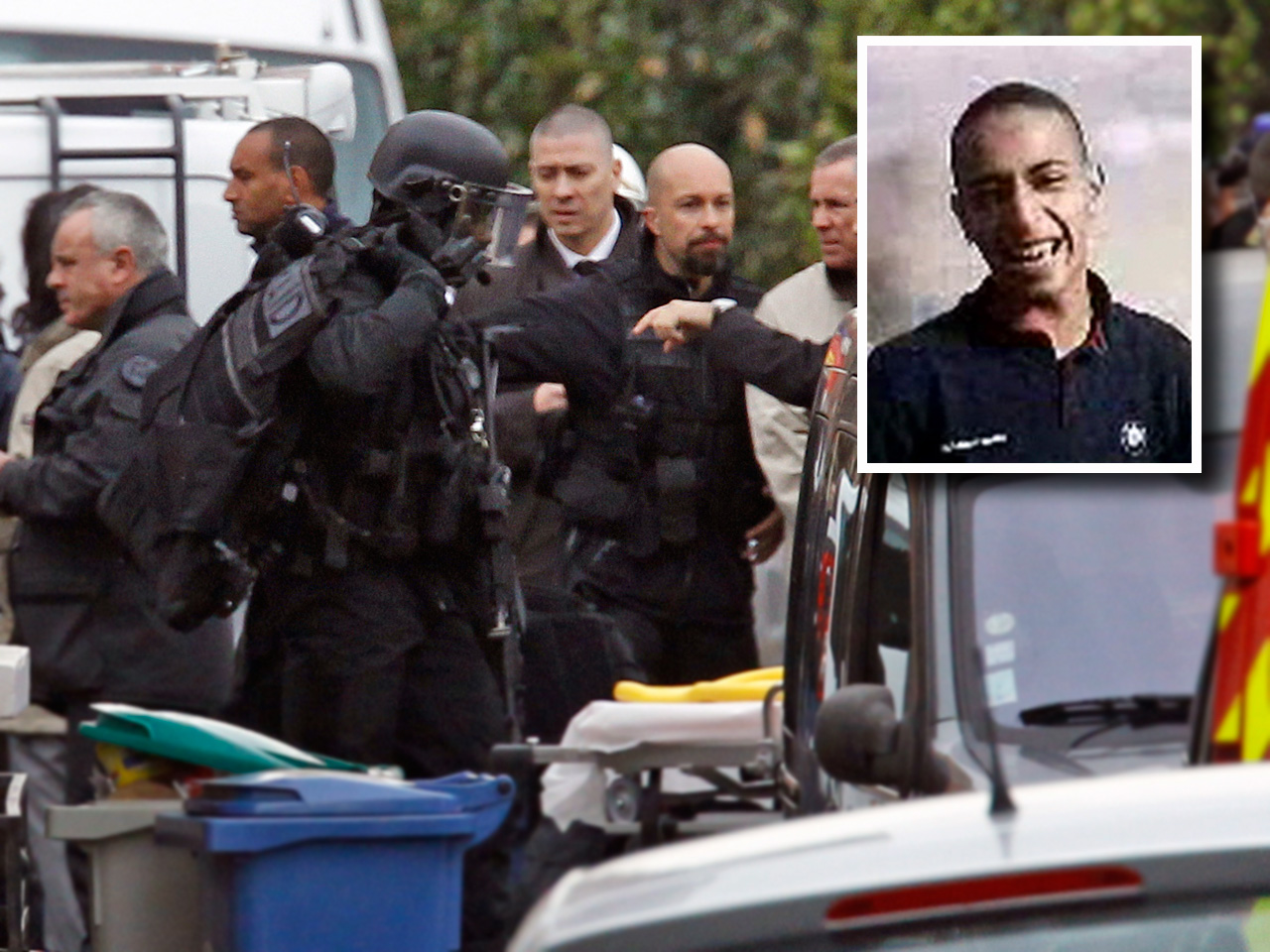 (AP) TOULOUSE, France - A young man who claimed responsibility for France's worst terror attacks in years will be buried Thursday in a Muslim cemetery near the southern city where he was killed in gunfight with police, religious leaders said.

Burying Mohamed Merah is a sensitive issue for both his native France and his father's native Algeria.

Merah told police he filmed himself killing three schoolchildren, a rabbi and three paratroopers in a spate of attacks earlier this month. Merah, who said he had links to al Qaeda, was shot in the head after a standoff with police last week.

His father wanted him buried in a family plot in Algeria. Merah's body was brought to the airport in the city of Toulouse on Thursday, and his mother had been expecting to accompany it to Algiers on a flight later in the day.

Instead, Merah will be buried at the Muslim cemetery in Cornebarrieu, near Toulouse, Zekri said.

Merah did not give the name of the other man.

Also police have found a car found abandoned on a parking lot in a village in southern France, Saint-Papoul, that belongs to a man registered as living at the same Toulouse address as Mohamed Merah, the police officials said.

It's unclear whether the car owner and the alleged motorbike thief are the same person.

The officials spoke on condition of anonymity because they were not authorized to be publicly named.

The attacks were the worst terrorist attacks in France since the 1990s and have revived concerns about homegrown Islamist radicals carrying out violence. Merah traveled to Afghanistan and Pakistan and said he received weapons training there.

French Muslims have worried about a backlash after Merah's attacks, and French leaders have urged the public not to equate Islam with terrorism.

But concerns about radical Islam are high, and the government on Thursday banned a string of international Muslim clerics from entering France for a conference of a fundamentalist Islamic group.