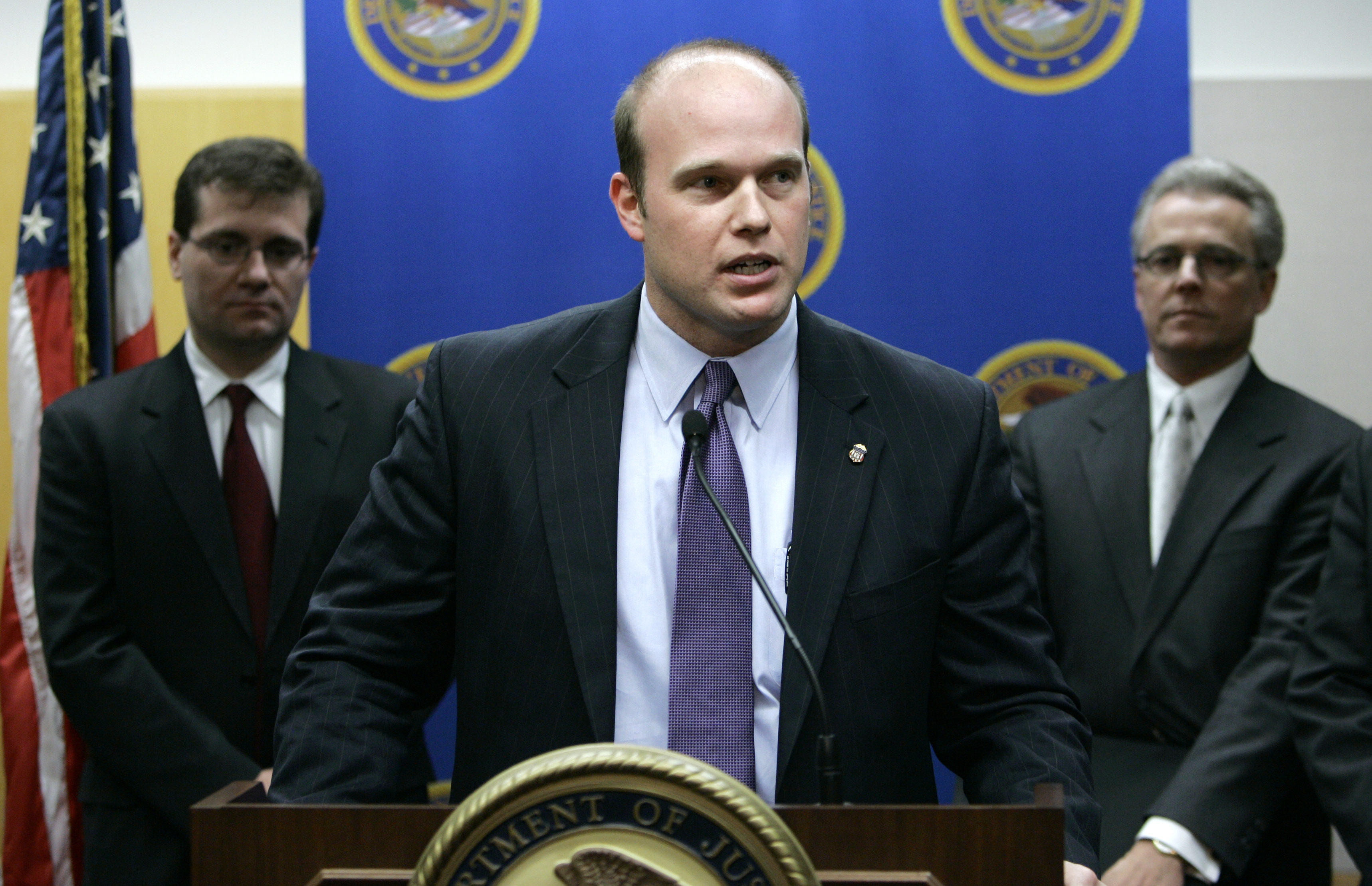 Stepping up Democratic efforts to shield the Russia investigation, Senate Minority Leader Chuck Schumer said he would seek to tie a measure protecting special counsel Robert Mueller to must-pass legislation if acting attorney general Matthew Whitaker does not recuse himself from oversight of the probe.

"Democrats in the House and Senate are going to attempt to put on must-pass legislation, mainly the spending bill, legislation that would prevent Whitaker from interfering in any way with the Mueller investigation," Schumer told The Associated Press Sunday.

Schumer said keeping Whitaker in charge of the investigation would create a "constitutional crisis" and said if he doesn't recuse himself, Democrats would push to introduce legislation to protect Mueller's investigation.

Schumer sent a letter to the Justice Department on Sunday along with House Minority Leader Nancy Pelosi and other top Democrats that calls for Lee Lofthus, an assistant attorney general and the department's chief ethics officer, to disclose whether he had advised Whitaker to recuse himself from oversight of the probe.

The Democrats cited Whitaker's past public statements, which have included an op-ed article in which he said Mueller would be straying outside his mandate if he investigated President Donald Trump's family finances. In a talk-radio interview he maintained there was no evidence of collusion between the Russia and the Trump campaign during the 2016 election.

The letter to the Justice Department asked Lofthus to explain his reasoning for any recommendation he made to Whitaker regarding recusal and to provide all ethics guidance provided to the acting attorney general.

Whitaker, a Republican Party loyalist and chief of staff to just-ousted Attorney General Jeff Sessions, was elevated Wednesday after Trump forced Sessions out.

Whitaker has faced pressure from Democrats to recuse himself from overseeing Mueller based on the comments, which were made before he joined the Justice Department last year. He has also tweeted an ex-prosecutor's opinion piece that described a "Mueller lynch mob," which he said was "worth a read."

"Let's face it, Whitaker is already biased," Schumer said. "He has already talked about ways to strangle the Mueller investigation, such as cutting off their funding."

The Mueller protection bill would give any special counsel a 10-day window to seek review of a firing and ensure that the person was fired for good cause.

It's unclear if Republicans would agree to add the bill to the spending legislation. Senate Majority Leader Mitch McConnell, R-Ky., has said there is no need for it, but other Republicans, like Arizona Sen. Jeff Flake and Maine Sen. Susan Collins, have called for the bill since Whitaker was appointed.

On "Face the Nation" Sunday, Republican Sen. Ted Cruz said legislation to shield Mueller from removal was "unconstitutional." And Republican Sen. Lindsey Graham said on "Face the Nation" that he talked to Whitaker last week and plans to meet with him this week, and he shouldn't have to remove himself from the probe. "I am confident the Mueller investigation will be allowed to come to a good solid conclusion, that there'll be no political influence put on Mr. Mueller by Mr. Whitaker to do anything other than Mr. Mueller's job. I'm confident that Mr. Mueller will be allowed to do his job without interference."

Schumer declined to say whether Democrats would be willing to force a government shutdown if Congress did not pass a measure protecting Mueller suggesting it wouldn't come to that because of bipartisan support. "There's no reason we shouldn't add this and avoid a constitutional crisis," he told CNN's State of the Union. "If that doesn't happen, we will see what happens down the road."

The bipartisan Mueller legislation was approved by the Senate Judiciary Committee in April and was co-sponsored by Republican Sens. Lindsey Graham of South Carolina and Thom Tillis of North Carolina.

Rep. Jerry Nadler, D-N.Y., the incoming chairman of the House Judiciary Committee, described Trump's appointment of Whitaker as "an attack" on the Mueller investigation and said protecting that probe will be his committee's top priority.

Nadler told ABC's "This Week" if Whitaker is still acting attorney general when Nadler becomes Judiciary chairman next year, "one of our first orders of business will be to invite him, and if necessary to subpoena him, to appear before the committee."