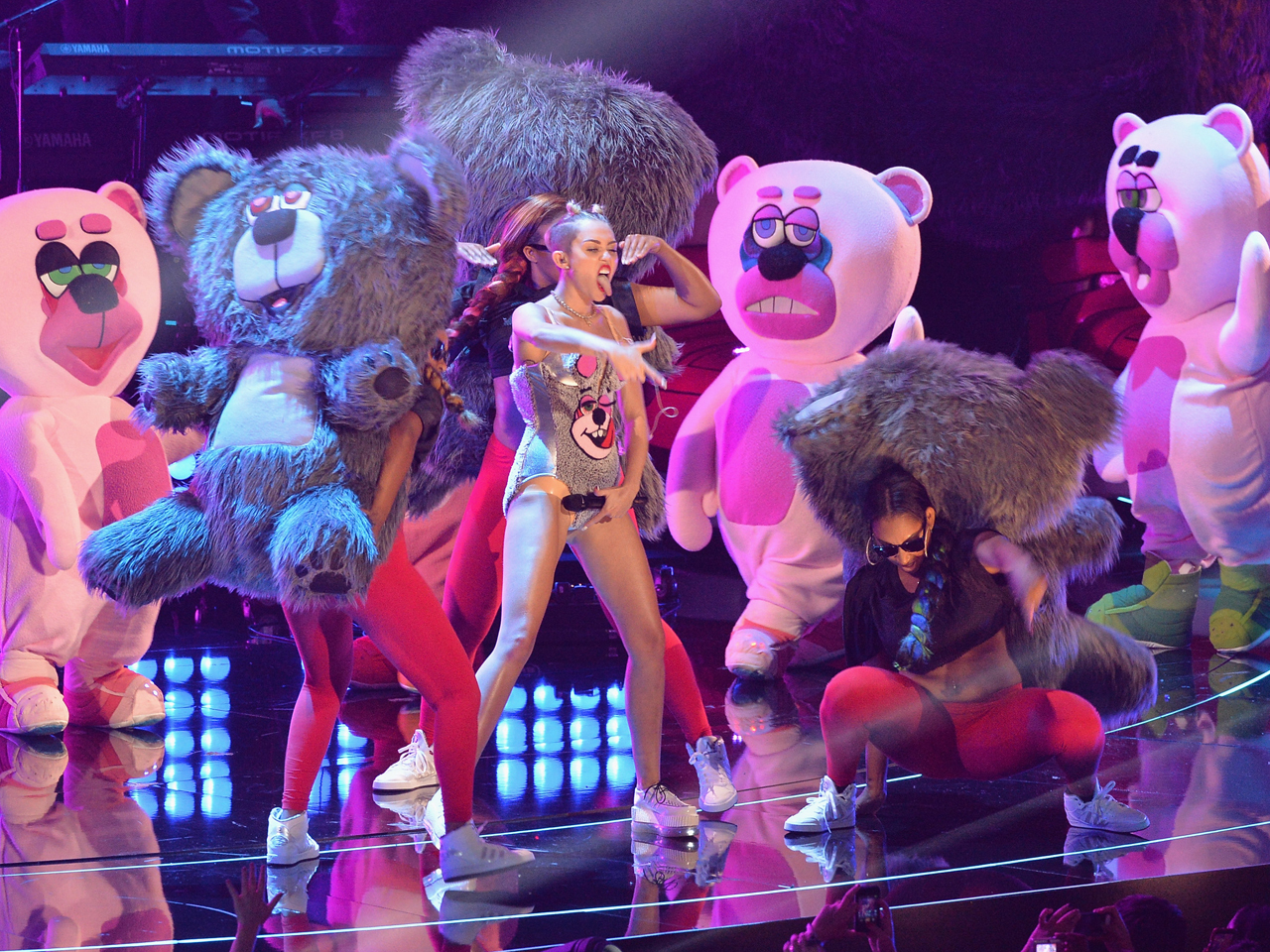 New York native Lady Gaga kicked things off with her first live performance on "Applause" from her upcoming album, "ARTPOP." Prior to the show, Gaga said that VMA producers always ask her to top her previous performance. Did she? Gaga, who performed on TV for the first time post-hip surgery, swapped costumes four times, ending the performance in bikini and a long blonde wig.

Miley Cyrus showed off both her sexy and quirky side (yes, she twerked and showed a lot of tongue) during her provocative performance of "We Can't Stop." Wearing a bodysuit featuring a cartooned character, she was joined by a host of dancing Boo teddy bears and a few booty dancers for a VMA-rendition of her summer hit "We Can't Stop." It was a head-scratching kind of performance as the former "Hannah Montana" bounced around the stage. The true surprise came when Robin Thicke appeared onstage to perform "Blurred Lines"; Cyrus joined him for the song and, at one point, gave the singer a lap dance.

"Miley better go get a pregnancy test after all that grinding," comedian Kevin Hart joked afterward.

Thicke, meanwhile, brought rappers 2 Chainz and Kendrick Lamar up for the remixed version of his new single "Give It 2 U."

Kanye West gave a dark performance of "Blood on the Leaves" from his "Yeezus" album, rapping onstage front of a black and white picture of a tree. His gal, Kim Kardashian, tweeted that it was the "best performance of the night."

Justin Timberlake -- the evening's Vanguard Award recipient -- received the most screen-time on Sunday as he plowed through many of his solo hits, including "SexyBack," "My Love," "Cry Me a River," "Senorita" and "Rock Your Body." And as expected, his *NSYNC co-horts joined him for snippets of two tracks: "Girlfriend" and "Bye Bye Bye."

Some of the other evening's performers included Drake, Bruno Mars and Macklemore & Ryan Lewis.

Katy Perry wrapped the two-and-a-half-hour show, performing her new hit single, "Roar," in a boxing ring set up underneath the Brooklyn Bridge.

Tell us: What was the best and worst VMA performance of the night? Vote in our poll and sound off below.