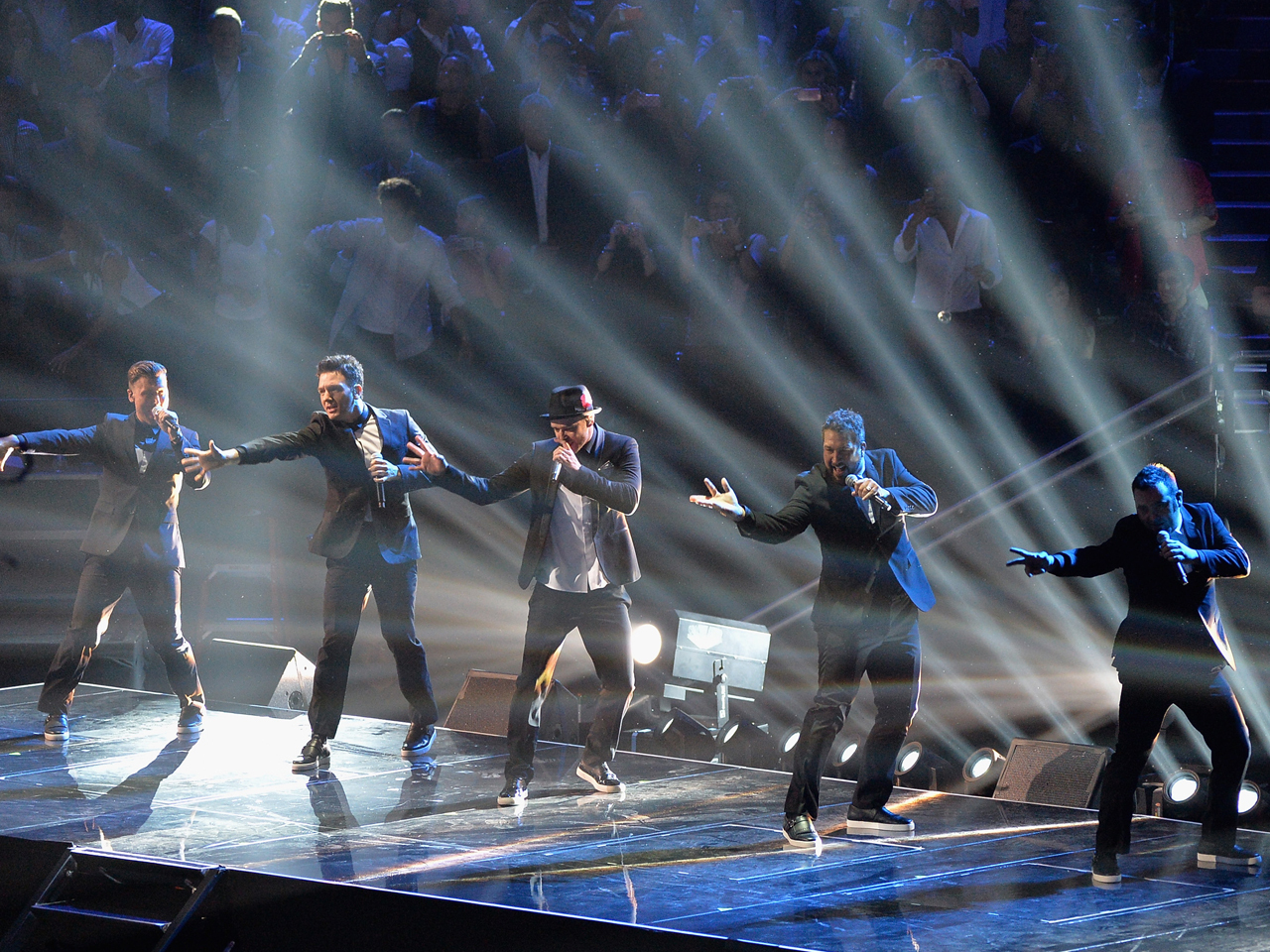 Justin Timberlake, JC Chasez, Lance Bass, Joey Fatone and Chris Kirkpatrick of *NSYNC did reunite at the2013 MTV Video Music Awards as had been speculated for days. But the boy band only performed together for a few seconds.

Following the performance, comedian Kevin Hart hit the stage and took a few jabs at the boy band, saying the guys had gained some weight and had a difficult time moving around the stage.

Last week, reports spread that the boy band, who hadn't performed together in 10 years, would reunite for the VMAs at the Barclays Center in Brooklyn, N.Y. Bass didn't confirm or deny the report in an interview with Siriux/XM last week. But on Saturday, another clue surfaced: *NSYNC joined Twitter a day before the awards show:

The mics were definitely on, but for *NSYNC, they weren't turned up for long.