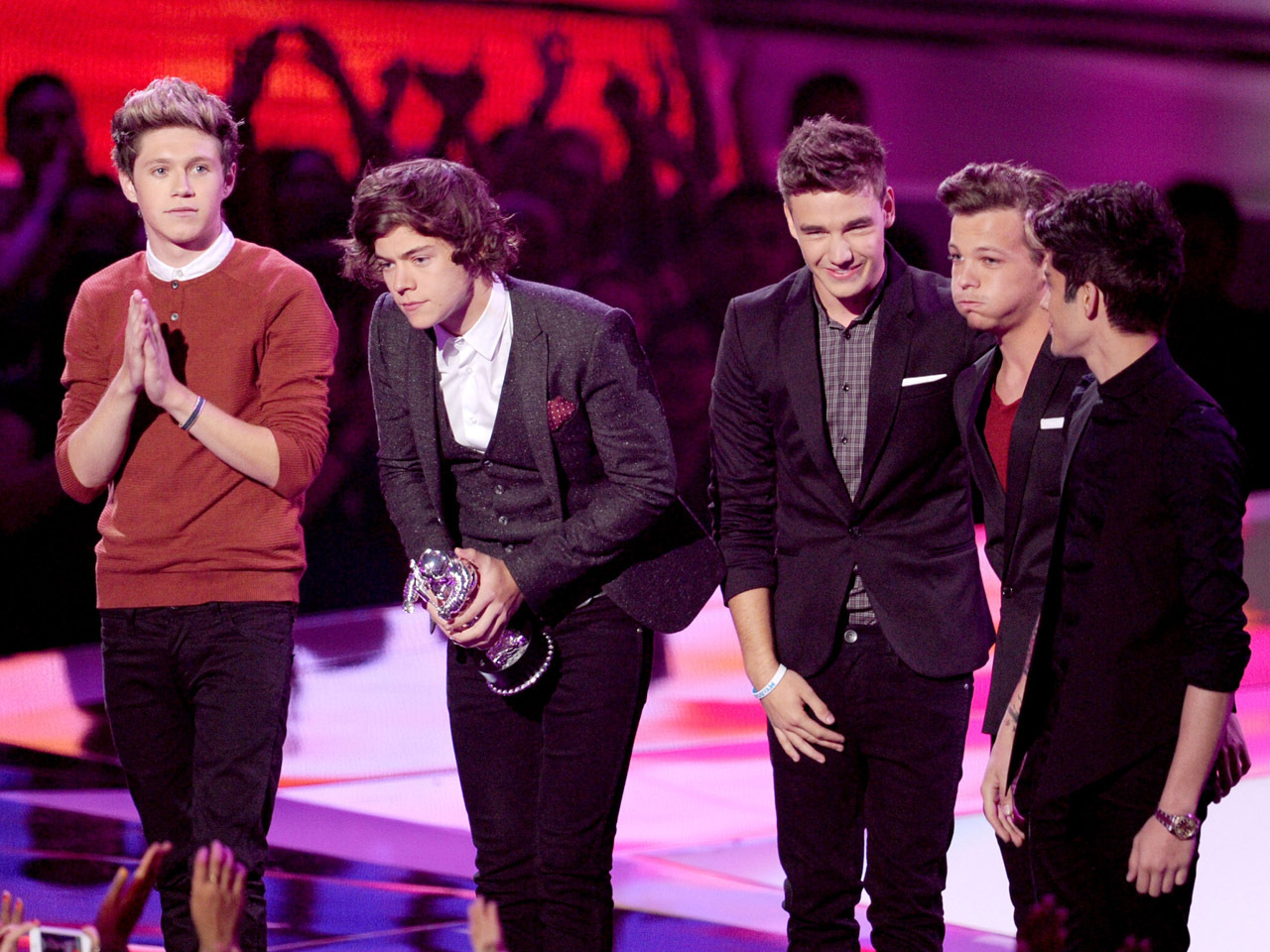 (CBS News) The 2012 Video Music Awards featured a few fresh faces mixed with many familiar ones. One Direction won a whopping three awards, while Rihanna took home the night's most coveted honor - video of the year.

Most share-worthy video -- One Direction, "What Makes You Beautiful"

Best pop video -- One Direction, "What Makes You Beautiful"