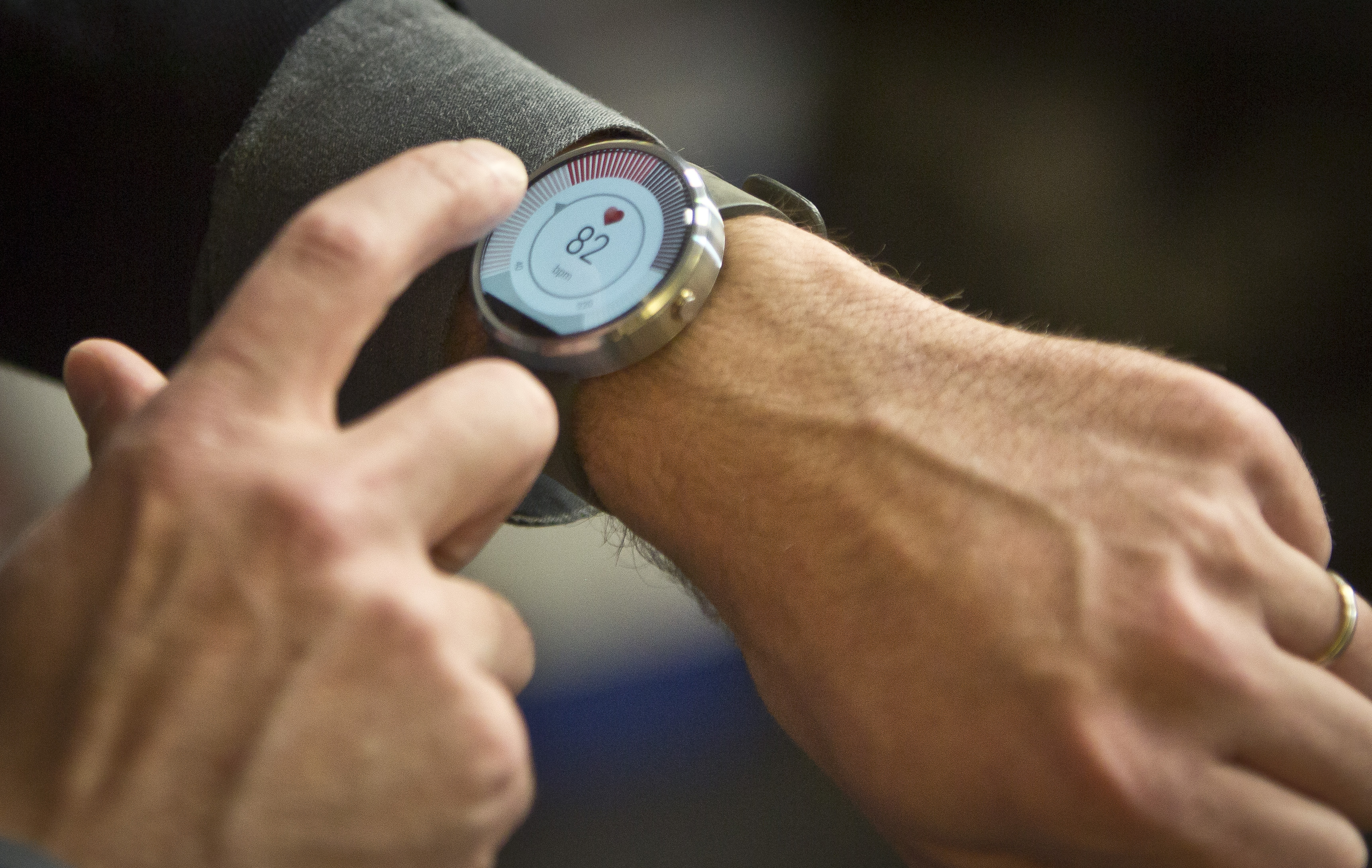 NEW YORK -- Motorola rolled out a circular smartwatch Friday, counting on a more traditional design to win over consumers who have so far shunned other computerized wrist devices.

Smartwatches so far have had rectangular faces, a shape that has turned off many consumers, said Steve Sinclair, Motorola's vice president of product management. Motorola's Moto 360 is round and has an all-metal frame, making it look more like a regular watch. It pairs with Android smartphones.

"People don't want to wear a shrunken-down smartphone on their wrist," Sinclair said.

CNET senior editor Scott Stein praised the design. "The Moto 360 has an extremely thin bezel, and that was designed to create as minimalist a look as possible. It does look pretty snazzy."

But reshaping the smartwatch still might not be enough to sway consumers' attitudes. Apart from design, smartwatches have had limited appeal because of their small displays and a requirement to have a companion smartphone nearby. Technology companies have yet to make a compelling case for why everyday consumers need them.

Nonetheless, mobile device makers are still pinning their hopes on smartwatches spurring more sales to consumers who already have smartphones and tablet computers and aren't looking to upgrade right away. Samsung and Sony already have smartwatches out, and new models are coming this fall. Apple is also believed to be working on one that could be announced Tuesday.

Stepping up the fight against elephant poachers

Friday's debut of the Moto 360 comes a week after LG Electronics Inc. announced its own circular smartwatch, the G Watch R. LG's watch won't be available for at least a month, though, and its price wasn't immediately announced.

Both watches use Google's Android Wear operating system with voice controls for basic functions, such as reading messages, checking the weather and getting reminders on calendar appointments.

The Moto 360 costs $250 and starts shipping Friday. That comes with a leather band. A metal-band version will come out this fall for $300.

Motorola also announced updates to two of its phones.

The Moto G will grow to 5 inches, from 4.5 inches in last year's model. The camera is also improved to 8 megapixels, rather than 5 megapixels. It will start at $180 in the U.S. with no contract requirement. The new version will have 3G cellular access only. Motorola will continue selling a 4G version of the old model for $219.

Meanwhile, the flagship Moto X will enlarge to 5.2 inches, from 4.7 inches, and will start at $500. It will have a 13 megapixel camera, up from 10 megapixels. The Moto X distinguishes itself from rival phones by allowing people to customize the backs when ordering. Wood and leather backs will be available for a higher price.

There's also a new Bluetooth headset, the Moto Hint. Headsets have typically been limited to phone calls. The Moto Hint will also allow users to control the Moto X phone with voice commands.

Motorola is currently owned by Google, though Lenovo plans to complete its purchase of the business this year.