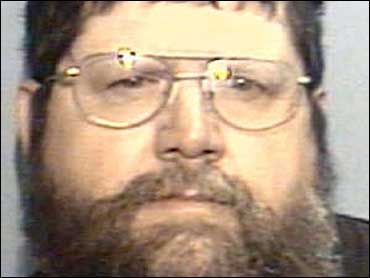 Detectives investigating the slaying of eight people at a nursing home have yet to complete a full interview with the suspect, a painter who remains in a prison hospital two days after the rampage.

Moore County Sheriff's Chief Deputy Neil Godfrey said Tuesday the department's investigators are still interviewing witnesses and others to make sure they have gathered all available information. Among those they've spoken with is the estranged wife of suspect Robert Stewart, but Godfrey declined to comment on what she told detectives or her state of mind.

The two had recently split and court documents show the breakup was part of an on-again, off-again relationship that spread over many years and bookended other failed marriages. Carthage Police Chief Chris McKenzie has said authorities were looking at the possibility the Sunday shooting spree at Pinelake Health and Rehab was "domestic-related."

Margaret Neal said Tuesday that her daughter Wanda is devastated by the alleged actions of her estranged husband. Authorities say Robert Stewart killed seven residents and a nurse during Sunday's attack.

Neal said her daughter had left Stewart about a month ago and moved back to a home on the Neal family property. That property is about half an hour from the site of the shootings in Carthage.

Authorities are investigating whether Stewart's relationship with his wife was a motive behind the attack.

"It would simply be speculation on the motive," he said.

Krueger has also declined to elaborate on the role the relationship between Stewart and his wife may have played in the rampage, but the prosecutor who charged the 45-year-old suspect with murder left no doubt the attack had a purpose.

"We can share this: This was not a random act of violence," Krueger said.

Watch: Bianca Solorzano's report on the 911 calls
A nurse and seven elderly residents were killed in the shooting.

Stewart made his first court appearance Monday on eight counts of first-degree murder and a single charge of felony assault of a law enforcement officer and isn't scheduled to return to court until next month.

He was wounded by a police officer who responded to several panicked emergency calls from Pinelake and remains in medical care at the state's Central Prison in Raleigh.

One of Stewart's court-appointed attorneys, Frank Wells, said Tuesday he and his colleagues hoped to meet with their client for the first time later in the day. He declined to comment about the case.